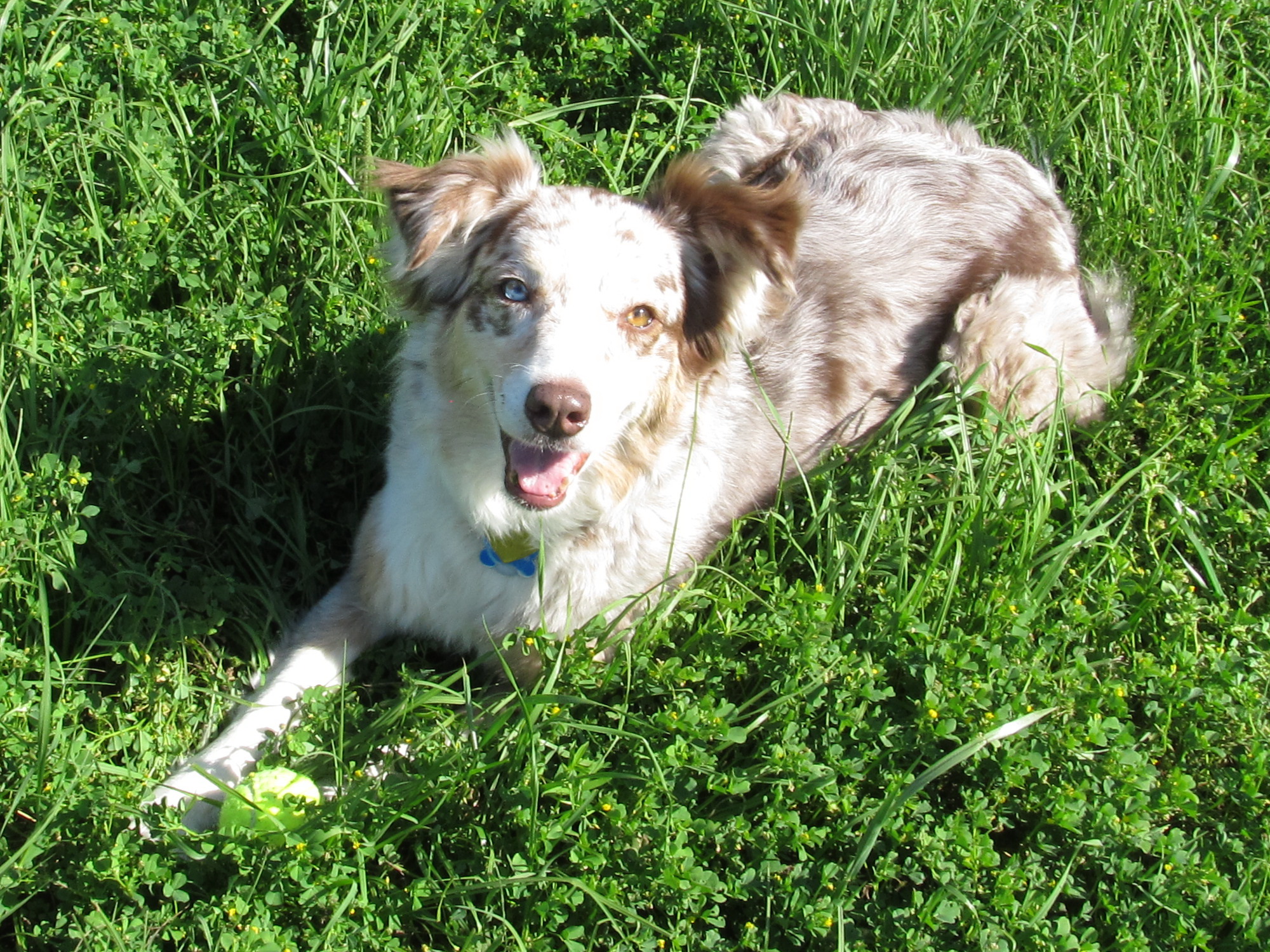 Just to set the story straight, this is a blatant effort to placate my wife after my previous posts mentioning her.

All kidding aside, I really do consider myself very fortunate to have the wife I do. Where I have a high technical affinity, my wife has an equally high affinity for animals. Over the years I’ve watched her train horses, dogs and even a few chickens. I’ve watched her nurse baby kittens, baby birds and baby rabbits to adulthood. While I’ve supported her in all of these endeavors, left to my own devices I would never have taken part in any of this.

This story starts with a dog we decided to call Cajun. She’s a red merle Australian Shepherd that spent the early part of her life as a production unit in a Louisiana puppy mill. When the owner could no longer make a living as a puppy mill, she and her full grown pups were surrendered to a local pound.  The local Australian Shepherd rescue organization contacted the Texas organization. That’s when my wife decided we needed another family member.

Cajun came to us with a gentle disposition, overweight and infested with heartworms. The next few months were not easy. Getting her heartworm free required a number of visits to the vet. All the while trying to keep a grown Australian Shepherd quiet and hoping that she would survive the treatment.

It was when we finally were able to let her play with the other dogs that we got a glimpse into her past. Despite being full grown, it was obvious she had no idea how to play. Her idea of fun was to chase the other dogs. She wanted to be part of the fun but had no idea what fun was.  She also had no idea how to interact with my wife or me. She wanted to be a part of the pack but her background gave her no reference on how to act.

I think it was this that endeared her to me the most. I’ve spent a lot of time trying to understand how to relate to other people when they were having fun. It was easy to relate to the frustration that she obviously felt.

As you might guess, I had a system worked out for exercising the dogs. Each one had a different toy to chase. We have a Frisbee, a tennis ball and a small football. Each dog knows what their toy is and will only chase that toy. Cajun upset the balance. She had no interest in chasing a ball or a Frisbee. She had no clue what the toys were for. She only wanted to herd the other dogs, much to their annoyance.

It took time and I can’t say which of us was happiest when she realized how much fun chasing a tennis ball could be. Now she can’t wait to go outside and play catch with me. Given a choice between chasing another dog and her tennis ball she goes after her ball. She’s a much happier dog now. She knows how to have fun and is just beginning to see how much more her new life offers. I’m not sure which one of us enjoys it more when she’s playing.

Shelby, The Reason I Have Australian Shepherds
A Study In Communication As Demonstrated by Sadie
Agility and Your Dog
Shelby, We Miss You