How To Take Part In A FCC Scam Without Really Trying

I think I’ve made my view of the current FCC leadership fairly clear. In my opinion, commissioner Ajit Pai has lied and misrepresented facts in order to turn the Internet over to the big cable companies. When I read that the New York Attorney General was investigating a FCC scam, I wasn’t even surprised. Twenty minutes later I was amazed to find out my Mother-in-Law was part of that scam. 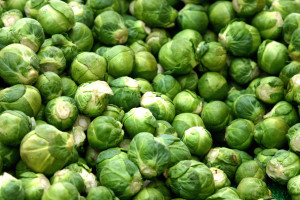 The stuff of nightmares

A few facts before my wife breaks out the Brussel sprouts. I have a really nice Mother-in-Law. While I don’t always agree with her view on politics, she loves technology. Sure, when you look up the definition of Apple fanboy, it lists her by name but I can overlook that.  I’ve had many discussions with her on the wonders of the Internet and listened to a few rants from her on the greed and incompetence of her cable company. Finding out that she had written the FCC in support of eliminating net neutrality was a complete shock.

Then again maybe not. You see, after the New York Attorney General found a few dead people among all the people writing to the FCC to eliminate net neutrality, he reasoned there might be a rat in Denmark. He provided a website making it easy to look for your name and a method of informing him if your name was used without permission, https://ag.ny.gov/fakecomments. You can’t remove the comment and FCC Commissioner Ajit Pai has already said your opinion doesn’t matter anyway but letting the NY AG know your name was used without permission will certainly help in any court proceedings.

Be aware, the search is slow and cumbersome.  It took almost twenty seconds to find my name. I was happy to see it was in reference to a petition I had recently signed supporting net neutrality. Still wanting to find evidence of an FCC scam, I searched on my wife’s name, no luck. Not beaten yet, I searched on my Mother in Law. Eight hits! I felt like I hit the jackpot until I read the posts. The search only tries to match the first and last names. Good luck if you have a common name. The first seven petitioners lived at different addresses. At twenty seconds for each name, I almost gave up but I do tend to be stubborn. Entry number eight was my mother in law.

Despite finding her name and address, this wasn’t absolute proof of an FCC scam. The rhetoric in all these petitions is purposely designed to confuse. It was possible that my Mother-in-Law had actually signed the petition thinking that eliminating net neutrality was good for the Internet. It was also possible that she truly believed an Internet under control of the cable companies would be a better world. No, that would be a bridge too far. I knew her better than that. We may not agree on politics but she has a better understanding of technology world than to believe the lies of Ajit Pai.

I sent her a link to her petition and asked if she remembered signing it. When she said no, she had not signed it, I knew I had proof of a FCC scam. There’s no evidence that this was perpetrated by the FCC or, as much as I want to believe it, by Ajit Pai himself. Since the FCC has already said your opinion doesn’t matter, stuffing the comment box with favorable comments only makes the situation look better in the case of a Congressional investigation.

Already having her name and her address, her cable company, knowing how much she appreciated their efforts in supporting her, could have submitted it for her. It could have been done by a hacker using a simple script and any one of the numerous hijacked databases, like the one making Equifax famous.

There you have it. Want to take part in a FCC scam without really trying? Don’t go to this site, https://ag.ny.gov/fakecomments, and search for your name. If you find your name, don’t inform the NY AG that your name was used without your permission. So what if they borrowed your name, the FCC knows what’s best for you anyway.

It’s not hard to guess what this picture represents

Know When to Say Goodby to Your Appliances
What Idiot Designed This? In Defense Of Engineers
Gamification, Another Management Fad?
Cooped Up With An Engineer For A While? Maybe This Will Help.