I’m Not Insulting You, That’s My Aspect Starting Up 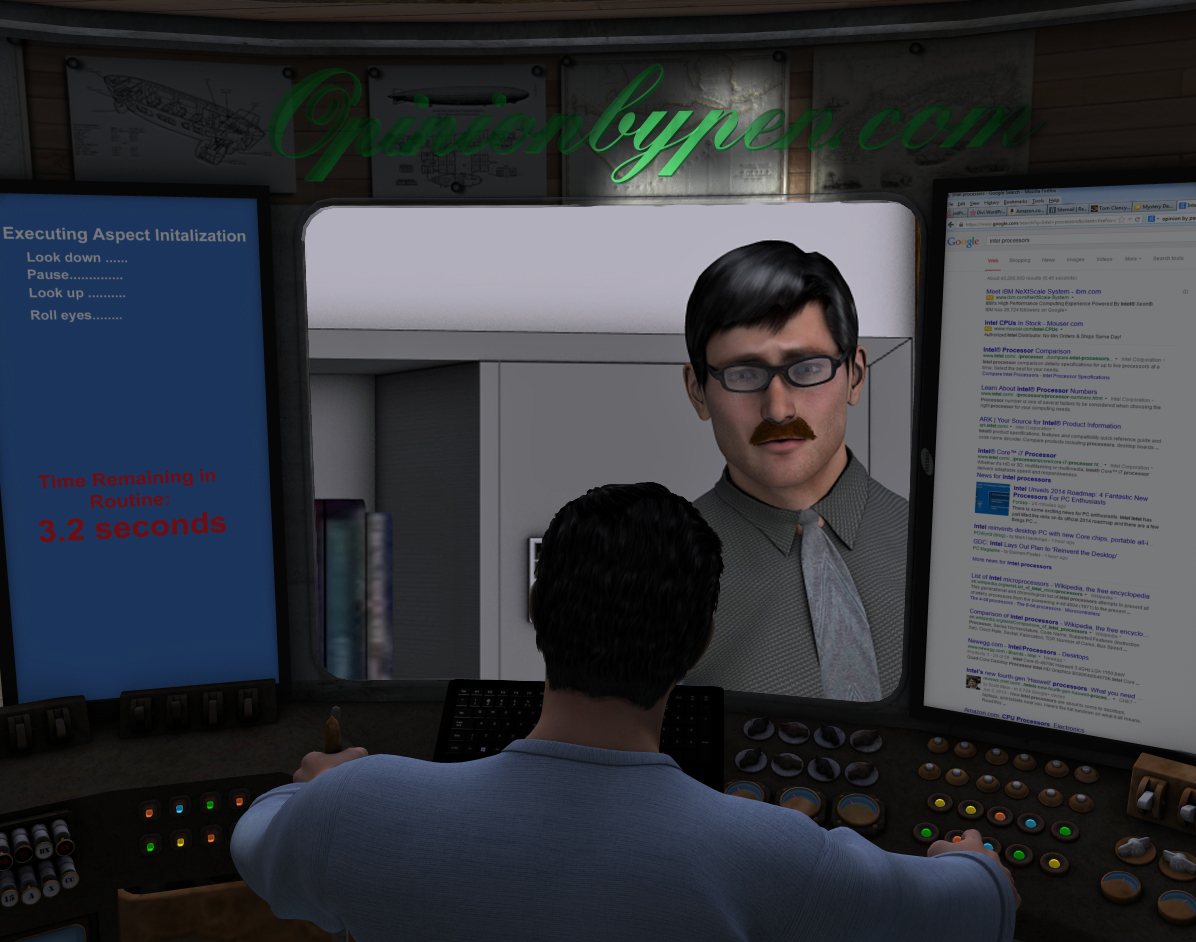 I want you to take a simple test for me. Look at the picture below and identify the engineer. 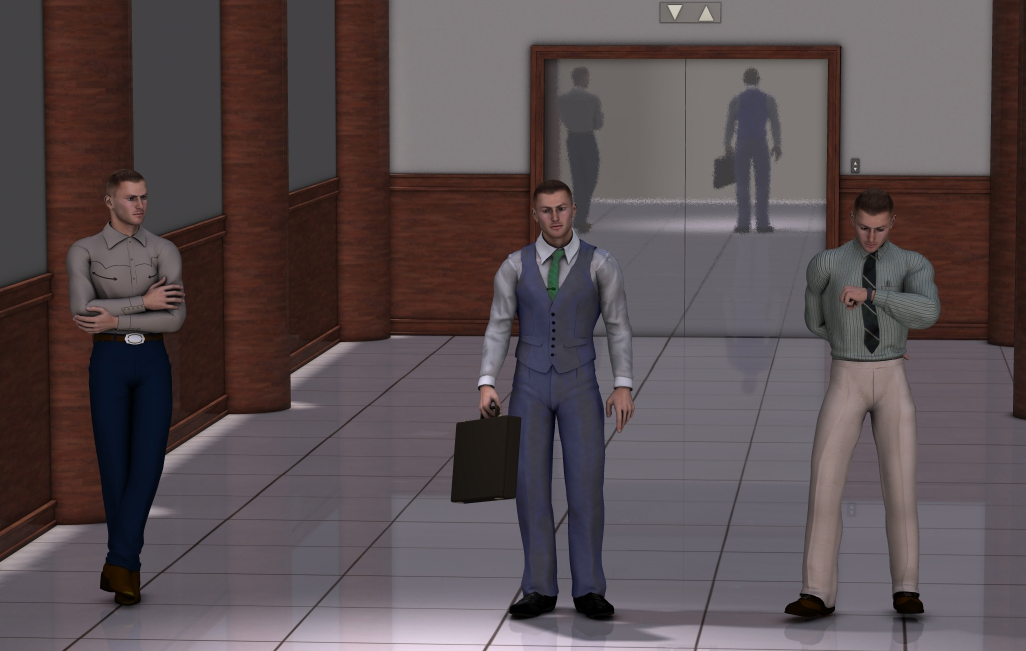 Not too hard was it? All of you got it. Well, all except for the person reading this that said they’re just Poser characters, none of them are engineers. Must be an engineer. You’re looking at it way too literally.

I’m not picking on engineers but they make an easy example for me. If I had said stockbroker you would have guessed the guy in a suit. My point is that you have certain expectations in appearance for different professions. I realize you already know that but I don’t think you know just how strongly you are influenced.

I’ve always considered Roger Zelazny a great Science Fiction writer. My opinion is probably influenced by him being the only Science Fiction writer I’ve ever met but I really enjoyed the worlds he created in his stories. One of of his stories, Lord of Light, used this concept as a major story element. He postulated a world where the protagonists had the ability to amplify their attribute and their aspect. I suspect he decided to simplify the dynamics of his story by giving each protagonist only one attribute and one aspect.

Thinking of it that way, my attribute would be engineer. When desired, I could focus my attribute and comprehend difficult schematics. That’s not that far from reality. I can look at schematics without understanding them. To really understand a complex schematic, I find myself focusing on understanding to the point that the rest of the world disappears. I suspect that most of us have this capability as we enter the zone. Don’t know what the zone it? You haven’t discovered your attribute yet.

Where does aspect come in? I could be the greatest engineer in the world but unless I had the right appearance nobody would have faith in me until I had proved myself. The farther my appearance is from the expected norm, the more proof that’s required. Aspect is how well you project your attribute.

Look at my picture again. Any of those men could be engineers. I’ve seen engineers dressed the way all three men are dressed. You chose the man with the pen in his shirt because he looks closest to your expectations for an engineer. There’s nothing wrong with that but did you realize that on an unconscious level and with no other data, you would judge his competence by how closely he matches your expectations?

In fact, when you first meet this engineer, you evaluate the clothes he’s wearing, the way he speaks, the way he stands and a hundred other factors. The closer he meets your criteria, the more faith you have in him as an engineer. You’re right, none of that means he’s any good but the better he projects his aspect the more latitude you’re likely to give him before declaring him a fraud.

I know I shouldn’t be surprised because this is hardly news to any actor. They already know this and use it to give their characters credibility.

Still not convinced? Let’s assume your bathtub has been leaking nonstop after your spouse tried to repair it using a YouTube video for guidance. When you answer the knock on the door, you see a man in a bowler hat, a three piece suit and carrying a brief case. Are you going to let him in when he says he’s the plumber? He might be a great plumber but I’m betting he’s really expensive.

What does this mean to you? My wife has pointed out that before I answer her after she asks me a technical question, I will look down, shake my head, look up, smile and start my answer. She sees this as my way of saying how stupid she is for even asking the question. To me, this is an automatic routine I execute as I start projecting my aspect. I’m stalling for time until the answer comes to me, so I’m working a Jedi mind trick to convince her that my answer is backed by an ENGINEER. It’s not really my way of insulting her.

Until she pointed this out, I wasn’t aware how often I do this. It’s not an act, it’s not me trying to insult someone, it’s my way of saying “umm, uh…now I remember” and one of the many ways I project the image of a competent engineer. In case you’re wondering, I do consider myself a competent engineer but my method of aspect projection is my subconscious imitating other engineers that I admired. At least that’s what I hope.

Now that you understand all that, what does it mean to me? Thinking about this allowed me to realize many professions have similar routines the practitioners use to convince me just how good they are. They might not even realize it. On a more personal note, while I was writing this, I realized that you expect me to look like an engineer. If my tie doesn’t quite match my shirt, you’re thinking, “what do you expect, he’s an engineer after all,” giving me higher credibility as an engineer. One less worry, sometimes it’s great to be an engineer.

What To Do With An Abandoned Website, FromtheDoghouse.com
Shelby, We Miss You
Imagination, It Allows Us To See The Impossible
My Approach To Identifying And Eliminating Email Spam