It’s Absolutely Impossible For Us To Stop Being An Engineer

We all do it. When we’re reading a book or watching a movie containing elements of our expertise and the story does something so ridiculous that we find it impossible to enjoy the story. Even worse we find ourselves sharing our disgust with anyone willing to listen.

My wife finally told me to shut up when the scientists in Independence Day created a virus for an alien computer. Really? What operating system did they target? What processor? That’s not to say she’s any better. Watch any period piece with her and she will pick it apart the moment it diverges from historical records. According to her, often the only semblance to history is the character names.

I read a lot of fantasy because magic can explain a number of physical law violations. With magic involved, conservation of energy is only a guideline. Still I certainly prefer stories that work in a little physics with magic. For example, Jim Butcher’s Dresden series has Dresden using kinetic energy to charge magic items. And there you see the problem; I think like an engineer. Not only do I have a knowledge of electronics, computers, swordwork (it was a hobby) but I see the world differently and I really can’t stop being an engineer.

For example, there’s a trend in current fiction to go big or go home, i.e. the larger the consequences of failure the better. As an engineer, I find such stories completely unbelievable and automatically avoid them. Let me explain. The author, in an attempt to entertain you, will subject the hero to all sorts of setbacks and difficulties. Raising the stakes of failure, one slip on the part of the hero and civilization as we know it is over. Raising the stakes even higher, the odds of the hero succeeding are only slightly better than my odds of winning the lottery last week.

Here’s where my inner engineer kicks in. Multiply this story times one thousand and yet the universe is still with us. How is this possible? Somewhere along the line one of these heroes has to fail. Unless, that is, unless you believe in predestination. In that case it doesn’t matter what the hero does, we already know he will succeed. Sort of takes all the suspense out of the movie doesn’t it. The hero may as well go to the movies and wait for the villain to fall through the roof of the theater. Predestination says the villain will be defeated.

I can try to enjoy the journey but knowing the hero can’t fail makes me wonder why I’m still reading. It’s far more satisfying to read a story involving personal triumph where the outcome is indeterminate.

I really enjoy the TV series, “Death in Paradise,” but I would never want to visit Saint-Marie. Lack of wireless aside, have you calculated the percentage of tourists that get murdered there every year? When I mentioned this to my wife, she only said, “stop being an engineer.”

When I see hordes of monsters in movies like Aquaman or Lord of the Rings, my thoughts aren’t about death and destruction. I’m wondering about the logistics of it. How do you feed all those monsters; how do you outfit them with weapons? Did Lord of the Rings have an Orcish supply sergeant? Err, make that a complete logistics division. 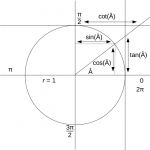 Ever see Big Jake with John Wayne? Big Jake’s son Michael is asked to demonstrate his shooting skill by shooting a deer two hundred yards away. The deer breaks and starts running. You see the son move the rifle through an arc of approximately 30 degrees before firing and of course hitting his target. John Wayne commented on his son’s skill. He should have been commenting on how fast the deer was moving.

I’ll spare you the trig but traversing thirty degrees in less than a second means that the deer was running over 100 yards a second. That’s well in excess of two hundred miles an hour. Yep, when I pointed it out, my wife told me to stop being an engineer.

That’s the problem, first and foremost I’m an engineer. There’s no way I can stop being an engineer. If you tell me it’s magic or advanced science, I have no problem accepting your premise. What I can’t do is suspend my belief in probability or physics. The moment I see something at odds with everything I’ve been taught, my mind immediately wants to know why.

Once I realize that this is simply the result of a writer that didn’t care to research their facts, I’m disappointed. This causes me to share my realization with everyone around me. I know that my companions are slowly working out the same issues in their mind and I want to save them the disappointment. Well, that’s what I tell my wife anyway.

What does this have to do with you? So far this only sounds like a burden on my wife. Odds are you’ve read this far because you have an engineer in your life. If that’s the case, you’ve suffered this same behavior in your own life.

I’m here to plead with you, please don’t hold this behavior against your engineer. Don’t even ask, it’s absolutely impossible for us to stop being an engineer.

The Killing Frost, A Transition to Winter In My Garden
Why Publishers Should Allow Me To Loan Ebooks
Congress, Too Focused on Being Politicians?
Betrayal at Neverwinter Mod 6