Why Does the Net Neutrality Fight Look Like A 1970’s Wrestling Script?

It’s times like this that I feel fortunate to only have ten loyal readers. You see, much to my eternal embarrassment, I used to spend my Sunday mornings watching wrestling. That was a long time ago and I was fairly sure it was fake staged but the constant battle of good versus evil always seemed to suck me in. The funny thing is, the Net Neutrality fight seems straight out of Sunday morning wrestling. 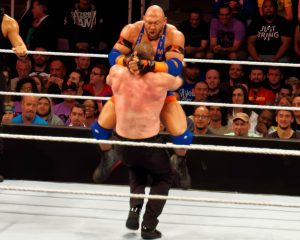 The scripts varied of course but they always went something like this. One week the bad guy would win, through cheating of course, and tell everyone how weak and foolish they were for thinking he could be beat. This would go for a few weeks while he beat down all the lesser opponents, completely ignored all the rules and strutted around to tell everyone how great he was. Finally, the good guy was sent in. Usually it was a long drawn out fight where our villain would take several cheap shots at our hero, usually with a chair, and then ultimately be defeated by the forces of good.

It had high drama and entertainment value. No, I’m not bringing this up out of nostalgia or because I’ve reached my dotage and feel the need to babble about my past. A good engineer looks at the patterns creating his world. Situation are analyzed for similar encounters in the past. As much as I have difficulty believing it, the current Net Neutrality fight is following the 1970’s wrestling play book. 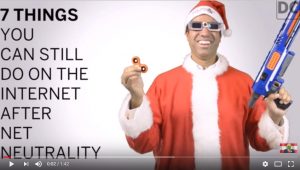 First, we have FCC chairman Pai himself. He ignores what the American people want. When the FCC does a poll, he claims they were subjected to a DDOS attack. When confronted with all the faked postings, he says it doesn’t matter, he’s going to do it his way.  So far, he’s only being the kind of political jerk you expect to come out of Washington. But then, after signing Net Neutrality out of existence, he releases his victory video.

A victory video of Pai dancing around and congratulating himself? This is absolutely bizarre unless you happened to have watched Sunday morning wrestling and saw the villain dancing around telling the world how great he was.

Next in the script was the long string of good guys that attempted to beat our villain but weren’t quite up to the task. Could this be the individual states trying to pass their own net neutrality laws? Or all the people demanding an investigation into all the faked responses in favor of net neutrality?

Finally, just as all hope was lost, came the champion of good. This was the person that would beat our villain so soundly he would cry. Is anybody else thinking Congress? Yep, we’ve already had two bills introduced in Congress to put that villainous FCC and all those Internet providing cohorts in place. Sounds like a win for the good guys doesn’t it? Or does it?

I know I sound like a conspiracy nutcase but let’s look at the events.

I don’t know what the final bill will look like. Those of you still hoping for state’s rights, forget it. The cable companies are right, there’s no way they can comply with 50 different sets of laws, especially when the route your information takes probably passes through a number of states.  Congress will have to step in and they know it. This whole thing is a carefully scripted play for the American people.

I can only guess that this elaborate charade is being played out so we won’t look too closely at the final product and realize that there’s really no difference between the two sides. I mean, good won, didn’t it?

There was one last aspect of these continuing matches. Sooner or later our hero would reveal himself as a villain. He was tired of always playing by the rules. Hmm, maybe we should take the time to read those two bills that were already introduced in Congress purporting to restore our Net Neutrality. Surprise!

Yep, neither bill restores Net Neutrality. They do take the Internet out of the FCC’s hands but then again, Pai was nothing more than a patsy anyway. There was no way the FCC was going to hold control of anything as powerful and lucrative as the Internet. This was always going to become Congress’s domain. Don’t worry though, the current bills are only testing the water to see if we’re paying attention.

I don’t know about you but I don’t like being played. I don’t like being told one thing only to find out they were relying on my laziness not to look beyond the title. Let your Congressman know how you feel and let him know you are looking over his shoulder. 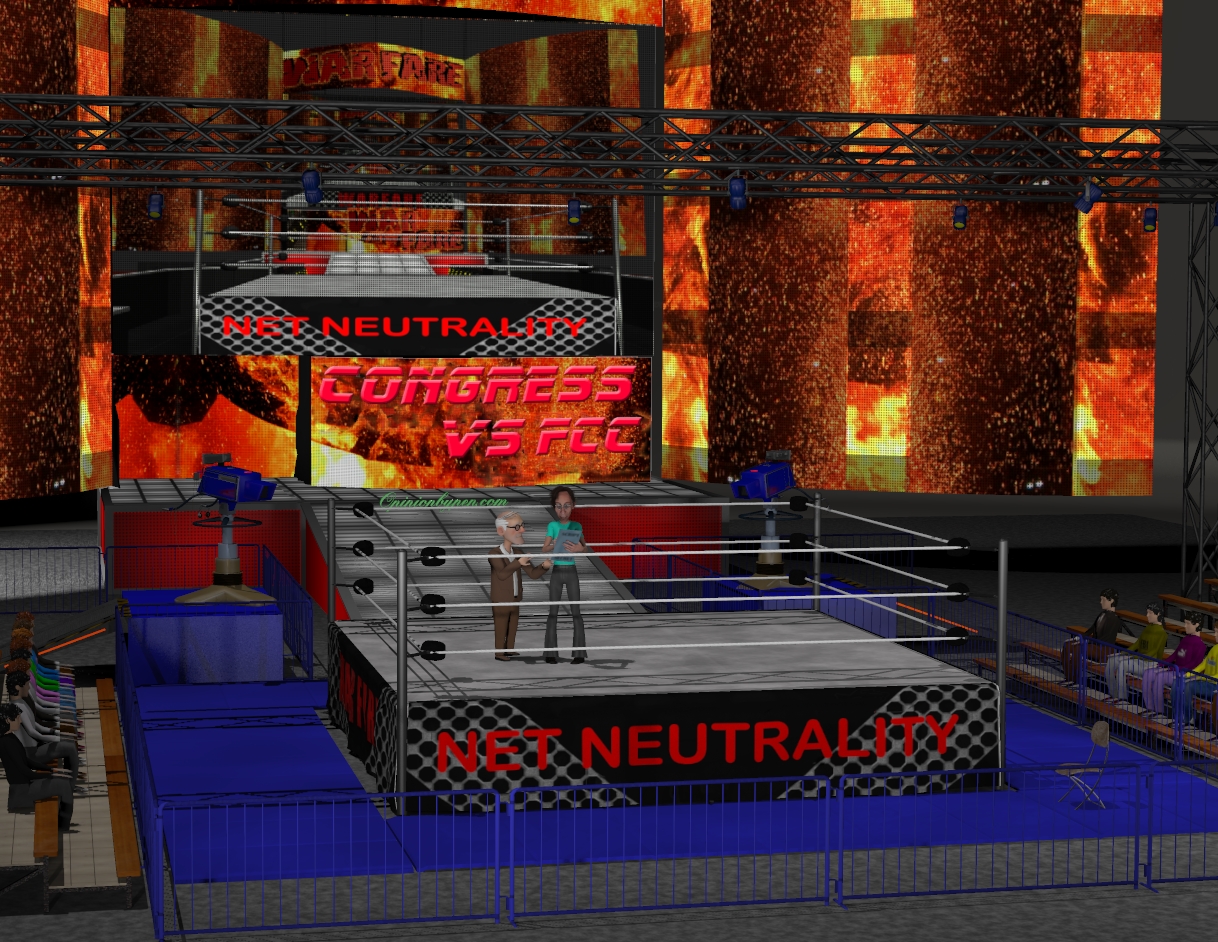 What It Takes To Be A Winner by Ronin
Office 2013 Terms, Marketing Ploy or Greed?
The Sundae Style of Management, Please Don't Try This At Work
The Me Too Movement, One Woman's Opinion