A Look At The Snake Slayer IV From A New User 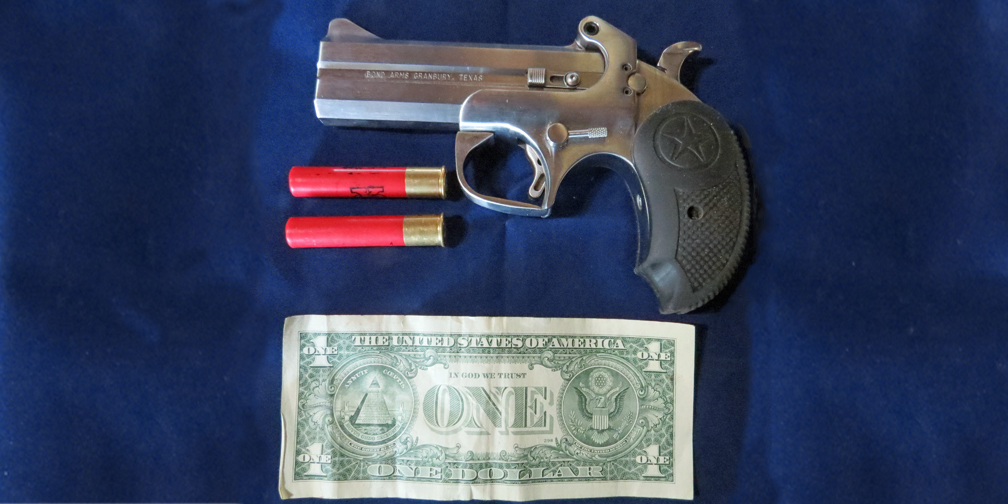 If you’ve ever wondered just how fast your reflexes are, try sticking your hand into a nest box occupied by a snake instead of eggs. The few times I’ve done this it took about two microseconds for me to realize it was a snake and then my hand attained warp speed as I pulled it out. At least that’s the way it seemed.

Heart stopping as that experience is, there’s another reptile encounter that affects me far worse, encountering a copperhead snake.  I’ve yet to get bitten but each encounter offers the opportunity because I know I have to chase it down or risk having one of my dogs being bitten. Copperheads aren’t highly aggressive but they blend in so well with leaves that sooner or later my wife, my dogs or I will step on one. The snake raiding my egg box is allowed to live because he competes with the copperhead for resources. 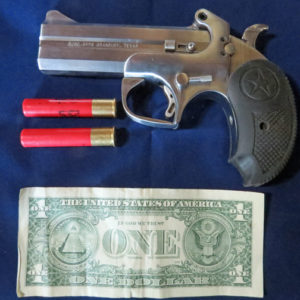 After one particularly close encounter with a copperhead this year, I decided to stack the odds in my favor with a Snake Slayer IV from Bond Arms. I may as well admit it here, I’m an abysmally poor shot. I rank right up there with all the supervillain henchmen that can unload five clips from a machine gun and still miss our hero standing no less than ten feet away. True I spent twenty years competing and training with a sword but have you ever tried driving a tractor while carrying a sword? Highly impractical and unusually painful is all that I’ll say. A derringer loaded with two .410 shotgun shells seemed like the perfect solution.

It doesn’t hurt that Bond Arms is a small town Texas company or that the Snake Slayer IV is in a completely different class than the small derringer Maverick or Paladin occasionally carried.  The frame is heavy machined steel and the four inch barrel gives a nice compromise between accuracy and transportability.

I’m going to skip over the other features that were designed in by Bond Arms. The different lengths and calibers of interchangeable barrels add to its appeal but I bought mine for a specific reason. I highly recommend checking out the Bond Arms website. They have a lot of very informative videos. Make sure you sign up for their newsletter, they have a number of specials that get advertised in it.

My first experience firing my Snake Slayer was not exactly a positive experience. The trigger pull was heavy and I just couldn’t get a good grip on the rosewood handles that come with the Snake Slayer IV. Still, at twenty feet I peppered my target and the recoil was not unmanageable. Fortunately for me, Bond Arms also sells a set of oversize grips and these provided a much better handling experience. Being able to get a better grip on my derringer also improved the trigger pull.

The four inch barrel makes the Snake Slayer IV too awkward to simply carry it in a pocket, especially while driving my tractor, so I spent four days looking at holsters on Etsy and Amazon. Lots of holsters for Bond derringer but once again, Bond Arms had the best solution. I settled on their driving holster. Unlike conventional holsters, it secures the gun in a horizontal position, much like the holster for my phone.

I sincerely doubt you’re reading this for my saga so let’s get down to details. A short barrel is difficult aim and doesn’t give the round time to reach its full velocity before leaving the gun. With a four inch barrel and a three inch .410 shotgun round, there’s only an inch before the pellets leave the barrel. This results in a much lower velocity and a very wide spread. Would it be enough for my needs? 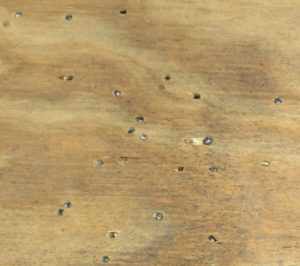 Penetration of plywood at 20 feet

At twenty feet I was able to cover a 12 inch target with pellets. Good, not such a wide dispersion that the snake is only risking being hit with one or two random pellets and yet wide enough to offset my very poor aim.

Paper and cardboard tell you very little about penetration. For that test, I took a spare piece of plywood, stepped off twenty feet again and shot it. Much to my delight, the pellets penetrated the first layer of wood but went no farther. Why delight? Well, even Texas snakes aren’t tougher than that first layer of wood and yet the pellets weren’t being delivered with so much power that I have to worry about excessive collateral damage.

Bottom line, the Snake Slayer IV is a very well made gun and is perfect for my needs. The recoil is not so great that my wife objected to firing it. My holster doesn’t let me forget I’m wearing it but it does help balance out my cellphone. How well does it do against snakes? Darned if I know. The physics look good, the tests look good but I would just as soon that some of my other efforts pay off well enough that I get to stay with paper targets.

Wonder what I mean by that? Here’s one of my natural defenses. 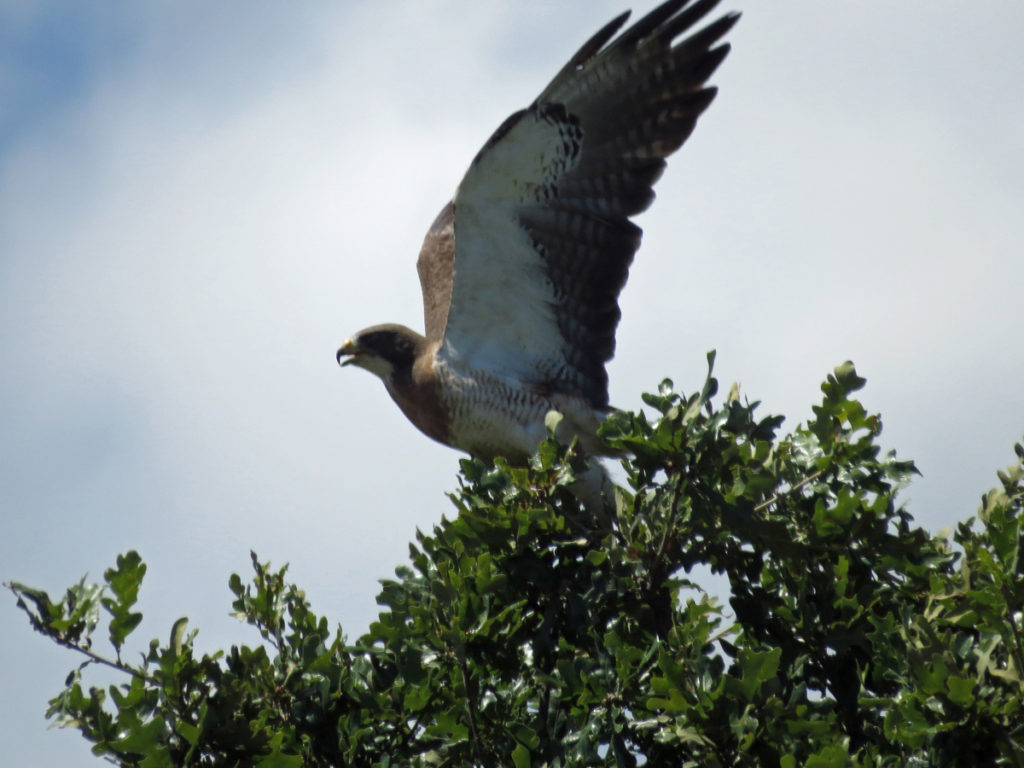 One of my natural defenses against snakes. He loves it when I mow my pasture.

A Plea For An End To Tiny Instruction Manuals
The Way We Present Numbers Reveals A Lot About Us
A Followup to Amazon Polly and My Solar Fountain
Use It Or Lose It, A Cautionary Tale To All Husbands