The Plan, How My Wife Became a Gamer 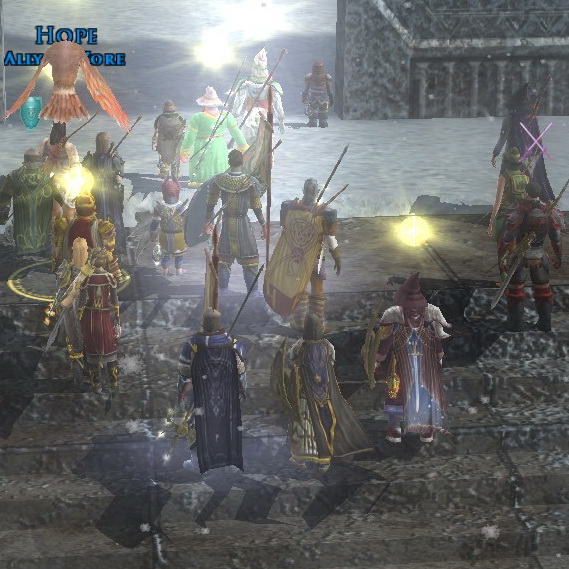 If you read my About section, you will see my comment about being the envy of Gamers everywhere by having a wife who games. This is very true. There’s nothing like having spent the last two hours painfully making your way to the boss mob, only to have your raid leader say, “Sorry, wife aggro” and go off line for the next 30 minutes to placate his wife. By the time he comes back, the rest of the raid is usually facing similar issues. My wife and I avoid all that.

My wife did not start out with a love of games. In fact, like most wives, she strongly disapproved of my game playing. About the third argument, I realized that I could not win here. Wives both demand and deserve attention. Then I developed the plan.

STEP #1 – Set wife up with her own computer (a good one). The first step was to get my wife her own computer. There’s nothing like that sense of possession to hold someone’s interest. That was easy and also my first mistake. I used spare parts to make a mediocre computer. I had to rectify that mistake quickly.

Step #2 – Get wife using her computer. This was a lot harder than I thought it would be. Not too many horse trainers used computers to develop their lesson plans. Fortunately for me, she was interested in genealogy and immediately saw the advantages in a computer. Except for that I might still be at step 2.

Step #3 – Get wife playing. Also not as easy as I thought it should be. I tried a number of genres. When I introduced her to Doom, I discovered a clue. I had networked the computers at home so we could play against each other but she showed no interest after the first few games. When I asked, she said she was tired of being shot in the back with a rocket launcher (my favorite strategy), wasn’t there some way we could play together? I had never considered the Cooperative mode of Doom but if that’s what it took. Weeks later when my wife was happily blasting her way through the warehouses of Doom, I realized I had progress.

Step #4 – Make it her idea. I had been looking at Everquest (one of the very early RPG’s) and realized it had all the elements I needed for the next step. It was based on cooperative game play, it was continually updating content and even had elves (my wife is a big Lord of the Rings fan). When she got tired of Doom, I suggested a few mundane games then told her about Everquest. When she decided to try it, I rushed out to buy a copy. Hard as it was, I stayed away from it.  She started and developed her character by herself. When she suggested I might like it, I knew I had progress.

Step#5- Make sure she has fun. This should be obvious but it wasn’t. I tend to be very goal oriented in a game, concentrating on leveling. When I easily passed her, I noticed she was playing less and less. Oops, I had let the game become mine.  When I asked her for help in the quests she was more than happy to help and the questing together was much more fun for me too.

None of this happened overnight. I had to learn two major lessons, keep the wife happy and make sure the wife is having fun. They may sound similar but there are some huge differences.  Now, when it’s Raid night, I no longer have to explain to my wife why I intend to spend the whole evening playing. I no longer worry about wife aggro. After all, this raid is to get the last piece of her new armor set.

A Late Mother's Day Praise For Mother Nature
The Art Of Communication, Let Your Audience Dictate How You Say It
The Sundae Style of Management, Please Don't Try This At Work
Musings On Why Organizations Fail and How You Can Prevent It