There’s Magic In A Name 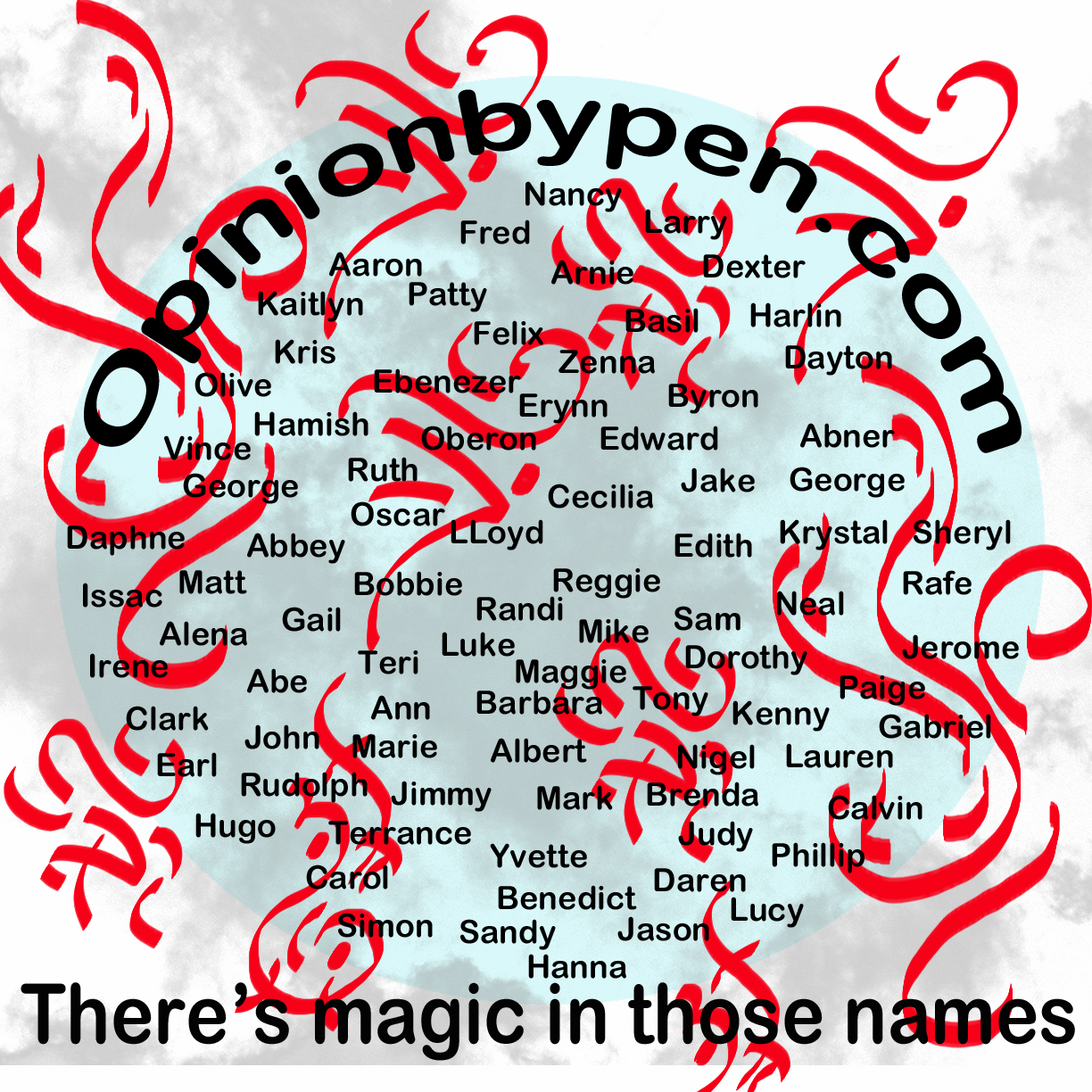 It’s a common belief in mythology that knowing a person’s name gives you tremendous power over them. Based on personal experience, I certainly believe there’s magic in a name. When my wife wants my attention she doesn’t use any endearing nicknames. She goes straight for the throat with my full name.

My wife will assure you she can be talking to me while she’s less than three feet away from me and I won’t hear a word she says. It’s widely known that husbands never hear their wives so I’m certainly not exceptional there but I claim Ramsay Hunt in my left ear and damage to my right ear because of some youthful indiscretions. On the other hand, if I’m in a crowded room and someone across the room whispers my name, I’ll hear every word they say.

The ability to distinguish my name is hardly magic though. All of us are conditioned from birth to respond to our name. Like it or not your name represents who you are and you’ve probably invested a significant amount of effort in making sure it’s regarded with respect.

It’s a common tactic in public speaking to use the names of people in your audience. It invokes the magic in their name by automatically draws their attention and causes other people to listen just in case you use their name. Believe it, there’s magic in a name. When you really want someone’s attention, use their name.

So how do you react when someone threatens to steal your name? The name they threatened was Opinionbypen. True, it isn’t my personal name but over the last three years, I’ve been establishing Opinionbypen.com as a name I could be proud of. My website used to be on page three of a search for Opinionbypen. Now it comes up on page one. I’m proud of that achievement so it’s not surprising that I almost fell for a scam that threatened my name.

The scam started with an email from Jim of Ygregistry of China telling me that against his advice a Chinese company had decided to register Opinionbypen as their website in China and were they affiliated with me. I thought it was strange but I replied that I had no affiliates in China.

Next I got an email from Jiang zhihai telling me that against the advice of Mr. Jim, his company had decided to register “opinionbypen ” as CN(.cn/.com.cn/.net.cn/.org.cn) domain names. Now the fact that Mr. Jiang zhihai was using a Hotmail email account made me wonder but the threat to my website blinded me to my normal caution.

If I had been rational, I would have seen the same issues you’ve already thought of but as I said there’s magic in a name. I should have realized that a website in China would be using a Chinese name. While I frequently get visitors from China, I doubt any of them have actually read my posts, they seem more interested in checking out the security features of my website. I’ve often considered upgrading my Wordfence just to block China.

None of that mattered though, this was my reputation at risk. I’m not sure how it was threatened but that‘s how irrationally I was thinking. Maybe I was concerned about my Google rankings.

Finally Mr. Jim made his offer. Against his advice, the company had filed for opinionbypen as their domain name BUT since I owned the original domain name opinionbypen.com he would give me first chance to register those names. Godaddy charges me about $10 a year to maintain my registration, how expensive could this be?

Wow, after all the advice I’ve given people about avoiding scams, I actually considered it. That’s the power of a name! Finally a moment of sanity hit me and I did an Internet search. It seems this offer has been made to a lot of sites. In case you’re interested, the fee would have been about $1600.

There’s the magic in a name. True, I was only considering $50 a year reasonable but these people had obviously managed to collect the full $1600 a few times. How much would you pay to preserve your name?

The American Compliment, It's Destroying Our Credibility
Why Would You Want To Write A Blog?
A Discussion on the Writing of Dockside
Sundae Explains Why Fashion Changes