Why Can’t I get The Internet Speed I’m Paying For? 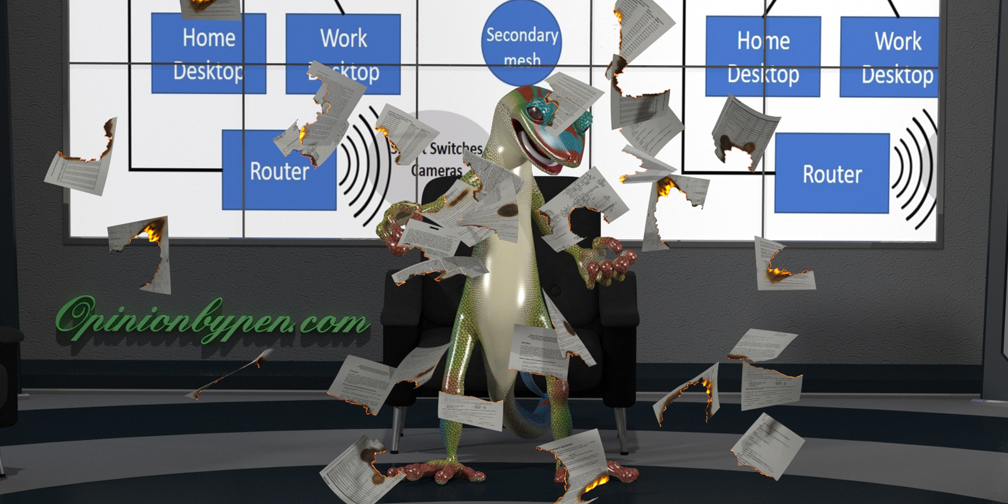 This year my electric company made me a deal I couldn’t refuse, 1000 Mbps Internet. Only two years ago, I was still living with two very questionable ADSL lines from AT&T. On a good day I might get 1.2 Mbps. Last year T-Mobile Home offered service in my area and I felt like I had entered heaven, I was getting anywhere from 7 to 50 Mbps. We could stream, usually. Even so, I had no idea that getting an Internet speed anywhere near 1000 Mbps would require a complete revamp of my home network.

Enough history, you’re not here to read about my Internet experiences, you want to find a solution for your own slow Internet speed. 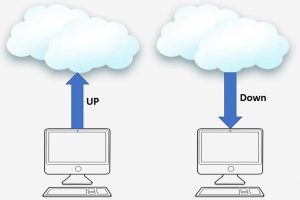 Internet speed is usually measured in Mega Bits Per Second (million bits per second or Mbps) . Don’t ask me why because everything else you do with your computer is measured in bytes (or pixels but that’s even more confusing). Eight bits is a byte but communication requires some additional overhead. As an easy calculation, you can use 10 bits per byte. This still isn’t quite true but close enough. If you send a 5 megabyte picture, that’s 50 million bits through the Internet. Using numbers from my past, at 1 Mbps (one million bits per second), it would take 50 seconds to email that picture and that’s under optimal conditions. To complicate it even more, your Internet speed is usually rated in two numbers, up and down. Up is how fast you can upload your pictures to Facebook. Down is how fast other pictures load on your computer.

The Internet speed you achieve is not always the speed you’re paying for. There are a number of factors and your Internet provider may not be the only reason your speed is slow.

A VPN routes all your traffic through their servers. This makes it difficult for your Internet provider to see where you’re going and for a website to see where you’re coming from. There are a lot of good reasons to have a VPN and a lot of good reasons for websites to hate VPN. I’m not here to judge but a VPN serves you data at its speed, not yours. Since most VPNs offer servers in more than one location, this speed can vary widely from location to location and your speed is also very dependent on how many other people are using that server. When I was getting 1.2 Mbps, a VPN made no difference. Now, I’m lucky to get 300 Mbps with a VPN.

This happens a lot with hot spotting or satellite systems. They tell you unlimited but when you read the fine print you’ll see words like depending on traffic and limits on how much high speed data you can download before you find yourself at 1.2 Mbps or lower. Traffic limitations were one of the reasons my speed with T-Mobile Home varied so widely. When the local high school let out, my speed plummeted.

Well, lying is more likely but my New Year’s resolutions contained phrases like kinder and less of a curmudgeon. If you read the fine print of these providers you will see phrases like “up to”, “maximum” and “may be throttled.” It’s very unlikely you will ever see maximum speed but if you’re not seeing 90% on a regular basis you need to confront your provider.

You are visiting slow sites

Keep in mind, it’s not always your provider. Every transaction you make on the Internet involves your provider and a number of other servers in the path between you and the website you are visiting. Your speed is only as fast as the slowest of those servers.

This was my problem. Living on a budget of 1.2 Mbps for years, I’ve already encountered all the aforementioned problems. I knew exactly how much data Alexa and my three Smart devices used. I knew my Internet would be useless for several hours whenever an update was pushed to Alexa. Of course, I jumped at a chance for 1000 Mbps. 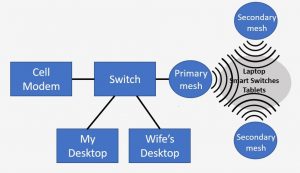 Imagine my disappointment when my first speed check was only slightly over 110 Mbps. I started by looking at the topology of my network. My setup had grown out of necessity, cell modem to a switcher, to a Wi-Fi mesh. The switcher was used to route Internet to my computers, my wife’s computer and the mesh. The mesh was needed to provide Wi-Fi to Alexa and two video streaming devices. Software updates to any of the devices would freeze everything else.

Like a chain, your Internet speed is only as good as the slowest device. My switcher was about five years old and had been selected for cost over speed. Replacing the switcher with a 1 Gbps switcher, bumped my desktop computer all the way up to 910 Mbps. Unfortunately, my laptop still showed 110 Mbps during several speed tests.

A little research and I realized that my Wi-Fi mesh would never give me much above 110 Mbps. A typical mesh works like a relay station. The primary device acts as a Wi-Fi transmitter passing the signal to the secondary devices.  The secondary devices receive data from the primary and retransmit it. The advantage of a mesh system is that you don’t have to deal with a number of different Wi-Fi names and passwords. The disadvantage is that the secondary devices can’t push data any faster than the primary device provides it and like a water line, any other devices tapping off the stream results in lower water pressure or in this case a slower data rate.

Modern Wi-Fi operates in two frequencies, 2.4 GHz and 5 GHz. These are not data rates; they refer to the RF band. The 5 GHz band is faster but tends to degrade faster with obstacles and range. You’ll see a lot of numbers published but remember maximum theoretical data rates are about as rare as truly unlimited phone plans. You and I will see far lower data rates. Some modern devices can utilize both bands for increased speed. Of course, since both my Fire or Roku video streaming sticks are limited to 2.4 GHz and my three Wyze cameras are also 2.4 GHz (yes, the chickens have their own camera), there’s a lot of demand at 2.4 GHz. 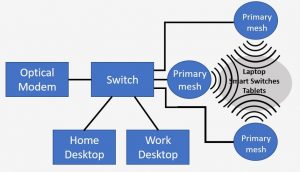 I’ll acknowledge that I can run both streaming sticks and all three cameras off a 100 Mbps channel and still be able to work on my laptop without seeing degraded video but it seems wasteful and after all, if I’m paying for 1000 Mbps of Internet speed, I want it as close as possible.

Here were my options, 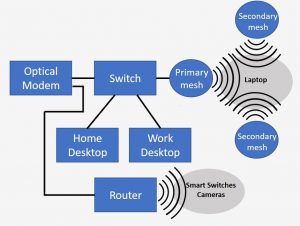 In the end, I followed another engineering directive, “If it’s not broke, add more technology.”  I added a second Wi-Fi router dedicated to the cameras and smart devices. It doesn’t speed up my mesh Wi-Fi but it does offload much of the constant load to a separate network and eliminates the impact to my laptop’s Internet speed.

Your mileage may vary but I enjoyed the research, learned what it takes take full advantage of my new speed and added more technology. Some days just can’t get better.

That was my situation and my solution. Feel free to share yours. It might just help someone else on the same quest.

An Easter Cactus Flower
The Puppy With No Name
I Need You To Stop Watching Me, An Engineer's Confession
Symbols Of Power, The Exclamation Point