Writers In The Field, I Wish I Had Known About This Earlier 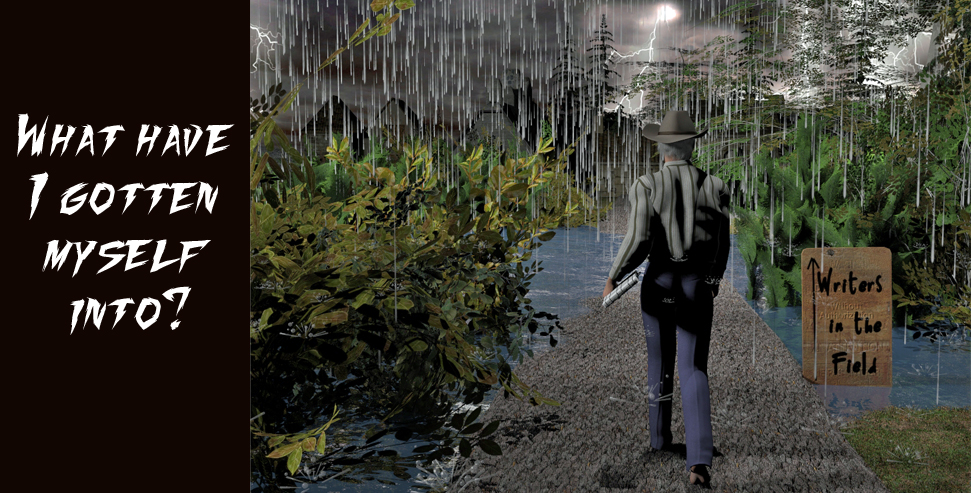 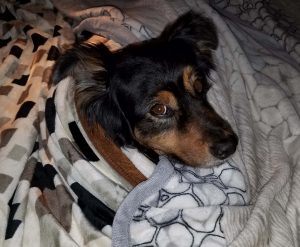 It’s dangerous out there!

It was a dark and stormy morning. No really, despite sounding like the start to a bad novel, it’s extremely appropriate given where I was headed and what I was facing. I was supposed to be one of many lecturers at an event aptly called “Writers in the Field,” a massive rainstorm was rolling in and I was leaving behind two highly storm phobic dogs. I had little choice in the matter, two months ago I had offered to do a lecture loosely based on my post “Married To An Engineer, A Matter of Convention.”

As an aspiring writer myself, I found it ironic that I was invited to lecture other writers. Still, at the time I agreed, I had no idea that Mother Nature would be giving her own lecture. The things we do for friends.

The idea behind Writers in the Field is brilliant. Put together a bunch of subject matter experts and bring writers in for two days to listen to lectures and in some cases actually witness or take part in demonstrations. The writers get to interact with the experts and learn how to include the important details.

Nothing destroys the mood of a story faster for me than a writer that obviously knows nothing about the details of their setting. From that point on, I’m no longer paying attention to their story, I’m wondering what other details they got wrong. I don’t know a hackamore from a snaffle but given the way my wife reacts when a writer gets it wrong, I suspect I’m not alone.

Finding the place was easier than I thought but the entrance was blocked by a pickup and trailer that had gone off-roading, thanks in part to mother nature. I later learned that was the food truck but at the time my concern was walking through the rain with my demo electronics. To all the writers attending my lecture, I apologize, I chose convenience over your enlightenment and decided not to carry my demo through the rain. Grabbing only my laptop in its protective case, I headed out.

Writers in the Field is a very appropriate title given that much of the event happens outdoors. You lose a lot when you have to do blacksmithing or reenact medieval life indoors. Because I needed a projector, I had one of the fully enclosed venues.  This provided an unexpected benefit. I lectured to a packed room but think I have Mother Nature to thank for driving most of my audience inside.

I’d really like to believe you’re here because you find Opinionbypen entertaining but odds are you’re reading this article trying to decide if Writers in the Field is your kind of event. I’m tempted to simply say yes but for the few of you that might not trust my opinion, this is your best opportunity to get close to the subject matter experts of skills needed for your next book. Already have a book written? In that case, you would benefit from the session on publishing your book.

Writers in the Field had experts for all the skills your hero needs, computer security, lock picking, sword fighting (in several styles), medieval poisons and recovering sunken ships. Unlike most courses,  none of these are trying to make you an expert. The goal is to introduce you to enough of the lingo and techniques so you can include the skills in your story without making some boneheaded mistake like cutting the red wire to disarm a bomb. I know, everybody cuts the red wire, what’s the issue? Heavy sigh.

Can’t devote a day or two to improving your craft? That’s certainly up to you. My commute to work is one hour each way. I spend that ten hours a week listening to Audiobooks on technology, body language, history and I even spent one, seemingly endless, week listening to a romance novel recommended by my wife, all in the name of improving my writing.

Still think you can do your own research? Maybe but be ready for a lot of critics to call you out when you describe your magnificent white stallion leading his herd across the plains (Despite what most of us believe, only albino horses are white, the rest are described as grey and it’s always a female that leads the herd.)

PS: I found it a remarkable coincidence that my lecture included a little know fact (at least to Hollywood) that you can’t fire an aircraft’s weapons while it’s on the ground. The weight on wheels switch is a safety mechanism to prevent this and the override for the switch is deliberately located out of the pilot’s reach. Apparently a mechanic in the Belgium Air Force knows where the override switch is. He managed to destroy another F16 while on the ground. https://abcnews.go.com/Politics/16-accidentally-blown-belgian-air-force-mechanic/story?id=58562311.  So much for my credibility.

How To Talk With An Engineer
Why Is It So Hard To Leave A Comment?
Grammar and Rhetoric, the Drout Way
Olympics, Meet The Connected Age