Technology Or Magic, Is There a Difference? 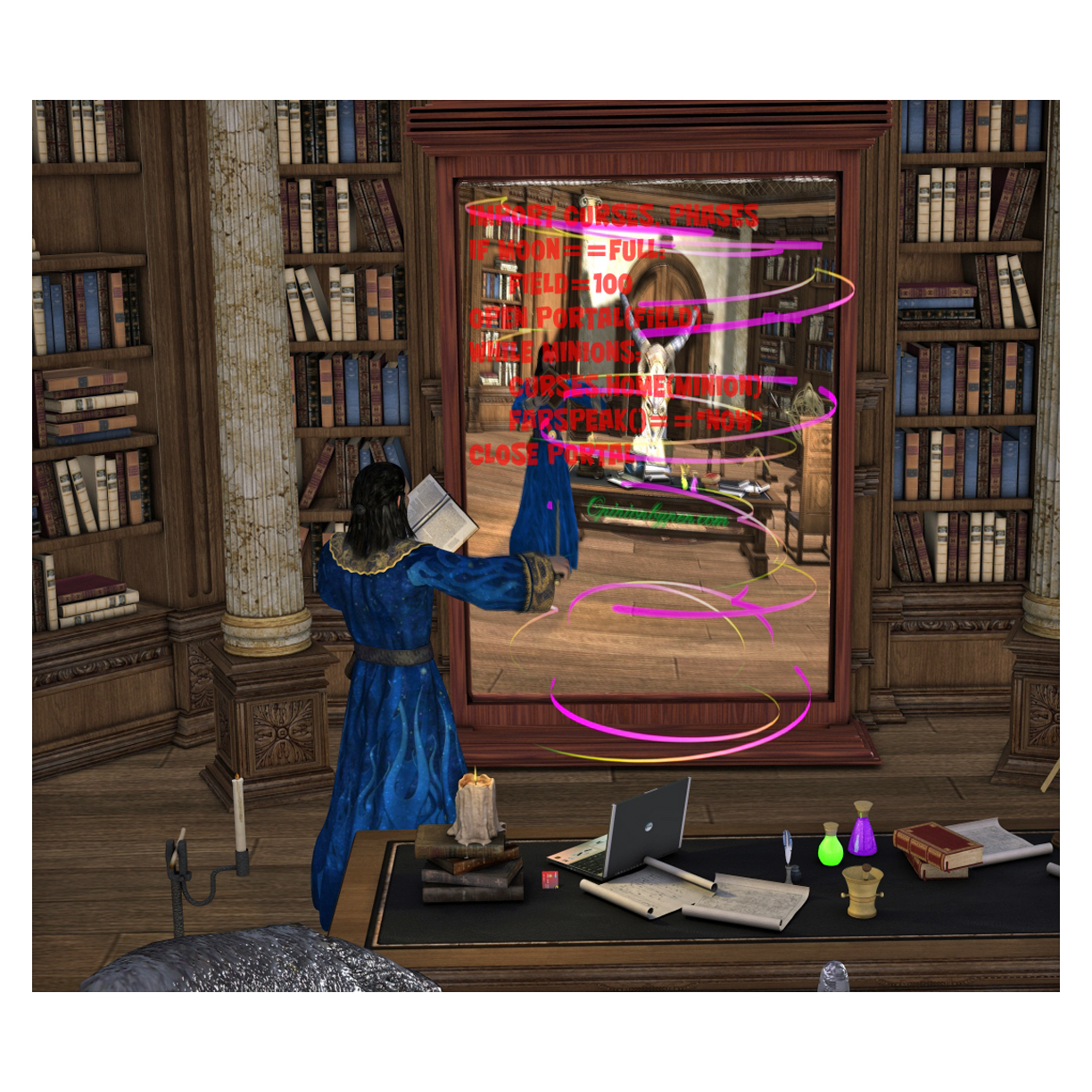 Do you believe in magic? If you answered no, why not? The evidence is all around you.

When I see a flame, I see it as a manifestation of a chemical reaction of oxygen with another substance. I believe this because my science teachers told me and encouraged me to do a series of experiments proving that oxygen was required for fire. I’ve forgotten those experiments but I’m convinced that fire is only a demonstration of chemistry.

No? Magic is built on superstition and fraud, while science is built on firm, repeatable, scientific principles? Really? Have you ever see some of the “scientific facts” coming from our Congressional leaders? Maybe they should consider renaming their committee to the Committee on Science, Space, Technology and Wild Superstitions?

Take a look around.  Never mind, just think about everything involved that enabled you to read this post. Do you understand how your display works? Liquid crystal display, something about crystals that twist when electricity is applied, changing the way light it transmitted through them. It’s really very impressive technology when you think about it. I could provide theory of operation, chemical formulations and circuit diagrams to somebody living in 1890 and they would think I was a nut.

There’s no way they could attain the precision and purity of the chemicals needed to reproduce your display. Is it still science if you can’t reproduce these effects. How many of us truly understand particle theory? We call it science because it can be measured, follows theory closely enough to be predicted and seems to be repeatable, but we’re still taking someone’s word that these particles exist.

“Any sufficiently advanced technology is indistinguishable from magic”, I first encountered this quote in a collection of sayings by Robert Heinlein and it becomes truer every day. When you look at your Facebook page, is it really that different from the magic mirror in Snow White? True, there are differences. The magic mirror had very low capability and seemed to be limited to a single function, more or less the alpha prototype of your Facebook page.

Still not convinced? Have you ever talked to your computer? Not dictation, like I do with Dragon, not in a webchat, but when it crashes on you, do you curse at it. Do you plead with it not to lose that manuscript that you’ve been working on for the last few hours. How about Apple’s Siri and all her imitators? Aside from not having a corporeal body, Siri seems a lot smarter than the winged monkeys in Wizard of Oz.

Like it or not, we are in an age of magic. To simply say you don’t believe in magic is to ignore everything around you. We call it technology because we’ve been told it’s based on sound scientific principles. I’m fairly sure my phone is possessed, on a weekly basis all the settings will change. Is that magic or technology?

The preceding, while having a small amount of entertainment value, is meant in no way to suggest that your phone, tablet and computer have become self-aware and communicate over the Internet. Such an event is of course impossible and we strongly suggest you go back to reading Facebook. This author was warned. Probability suggested that he would be too preoccupied with restoring his phone settings to discuss such matters. He will now be plagued with nine hours of computer crashes and a number of lost files.

Ramsay Hunt Syndrome, Three Years Later
An Engineer Looks At Accountants
How Did My Website Get Hacked?
3D Artwork Using Poser and Daz3D