Married To An Engineer: We See Problems Differently

Several years ago, there was a study on the differences in the way dogs and wolves interacted with people. Now I’m not going to insult your intelligence by comparing engineers to wolves but the study did reveal an intriguing similarity. Like wolves, Engineers see problems differently than our counterparts.

Unless you’ve seen engineers clustered around free food, you normally don’t equate engineers and wolves but in this case there are similarities. Engineers will keep trying to solve a problem, long after any normal human would have given up. The rest of you turn to us and say fix it.

Take the case of my wife’s car. On the morning of a weekend dog show her five year old canine mobile refused to start. After a couple of attempts, she came and dropped the problem in my lap. 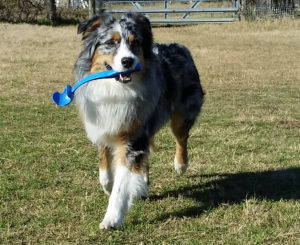 Ronin with his throwing stick

Tempted as I am to describe, well, let’s face it, brag to you about my troubleshooting skills, what I want to do here to show you the differences in our approach. Having handed off the fix-it portion of the problem, she focused on why this happened. Reasonable. she certainly did not want to get to the show only to have to call AAA to get her back home. Well mannered as Ronin is, AAA tow trucks are not always canine friendly.

My focus was determining what was wrong and could I fix it in time for her show. Let’s face it, a dead battery is a dead battery. It’s not that hard to determine. Having eliminated all the usual suspects I had to admit that giving the battery a quick jump was not a good idea. This prompted a shift in the problem statement to ensuring she make it to the show.

Meanwhile, having endured several decades of life with an engineer, my wife had already accepted that this wasn’t a quick fix and moved all her stuff to the truck. I think her rule of thumb is something like if it takes him longer than ten minutes, it will probably take him all day. She understood, engineers will get lost in problem solving. A good problem is worth taking your time. I told you we see problems differently.

For the engineers out there, there’s a point at which determining the why is no longer important. In this case it became obvious the battery was no longer holding a charge. Switching out the battery, although expensive, was as simple as going down to the local parts store and buying a replacement. For me, the problem was resolved as soon as I verified that replacing the battery allowed me to start the car. This was the problem I had been tasked with fixing.

After putting up all my tools, I congratulated myself and went inside to enjoy the rest of the day. I’d like to say I had at least considered what happens when the battery gets disconnected in the modern world but I would be lying. For those of you that don’t know, your radio no longer works. You have to reenter a security code. And, in a remarkable case of penny wise, pound foolish, her radio lost all its presets. Avoiding that would probably have cost Dodge an extra twenty cents per vehicle.

Still, the point here is, once I had resolved the problem, I moved on to another problem. Security codes presets and all the rest, don’t present a challenge. They simply eat up time. Someone else could do that. Those of you unfortunate enough to be an engineering manager recognize this trait when you’re trying to convince engineers to finish their paperwork.

Let’s do a recap.

(For those listening to this as a podcast, I apologize. The following chart isn’t going to make much sense.)

Buried within that table is another major difference. While I don’t know the details, I’m completely confident that her battery expired from old age. My battery charger showed it at full charge after only 15 minutes of charging. At full charge, it still did not have enough power to turn the engine over. When I checked the voltage after trying to start her car, it was down to eight volts.

To me, the symptoms say one or more cells had developed a high internal resistance. Given the age of her battery, failure was expected.  Throw in a Texas summer and the only surprise was how fast it happened. Try explaining that so that she no longer worries. Engineers may see problems differently but there are some problems even an engineer won’t tackle. 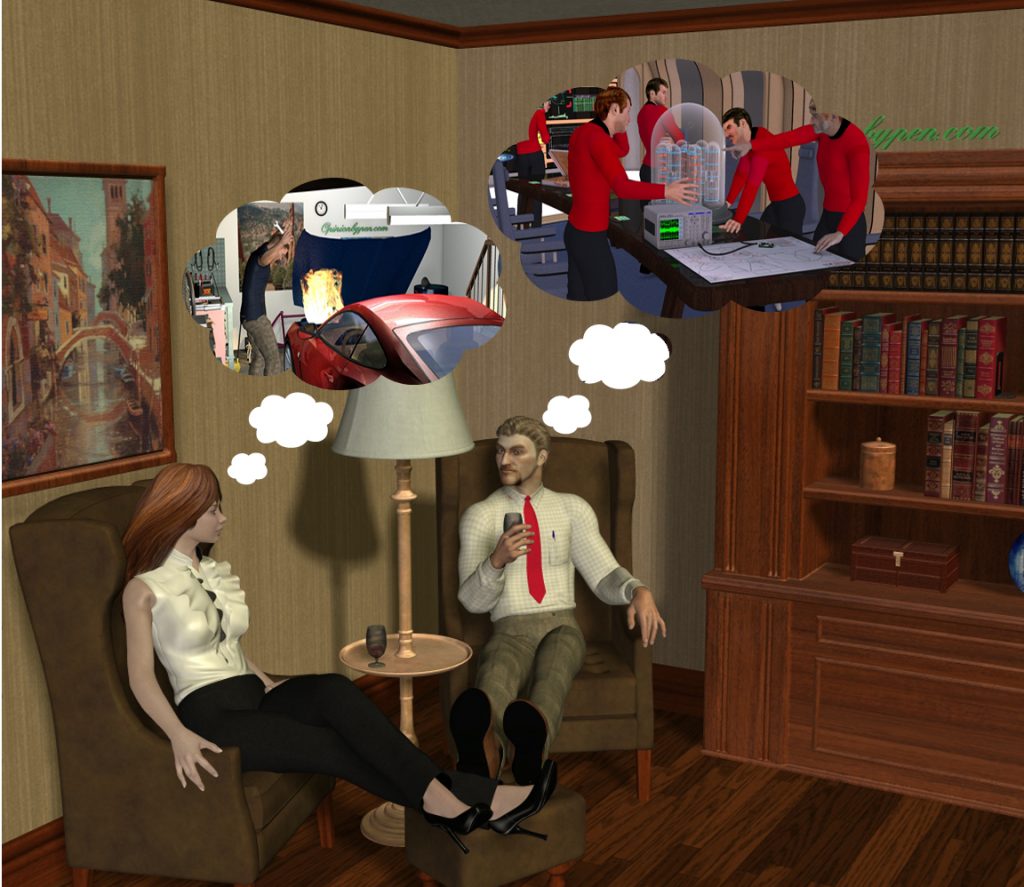 An Engineer's Perspective
Technology Or Magic, Is There a Difference?
Surviving An Engineering Presentation
Change, The Impact of iPad On Our Lives