The Forces That Influence 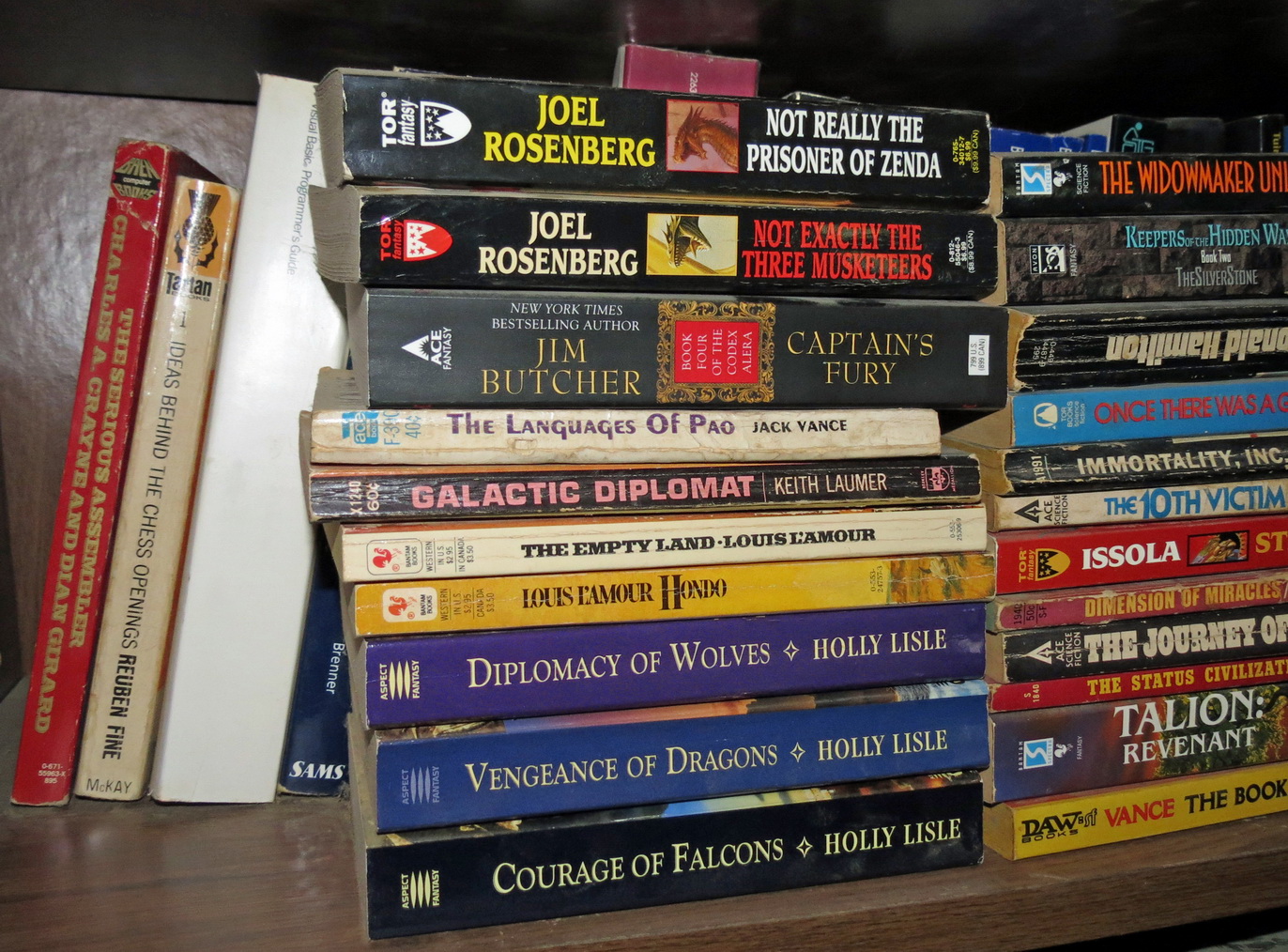 If you’re a book lover there’s almost always that first book that seems to have a major impact on your life. It’s probably not the first book you read or even the first book you liked. It may not even seem important at the time. It is one that you always remembered, one that led you to become who you are.

In my case there were two that came into my life at almost the same time. I was about twelve years old and was spending the summer with my grandparents. I remember making the rounds of the pear and apple trees for lunch in the tree house. It was here that I spent most of my time reading books from a number of boxes I had found in the attic. At the time I thought life did not get any better.

During that time I read a number of books. Some of the titles that stuck in my mind are Superman (a hardback version), A Princess of Mars by Edgar Rice Burroughs, Tarzan by Edgar Rice Burroughs, Wasp by Eric Frank Russell, Archie and Mehitabel (a comic series about a cat and a cockroach) and The Ball and the Cross (I was a bit young to understand that one). It never occurred to me to wonder how those books got there and at twelve I had no sense of discrimination in what I read. I just picked whatever came out of the box.

It’s probably not a surprise that Wasp and A Princess of Mars were two books that started me down the path of Science Fiction and Fantasy. Once I had a wider choice of what I could read, I read the entire Mars series and then the Venus series. Once I found Wasp, I read everything I could from Eric Frank Russell.

From John Carter in A Princess of Mars, I learned to never give up. I learned the value of good friends, even if they have four arms and are green. I also took away that a strong code of honor can help you gain trusted friends.

Wasp, on the other hand, was not about friends or honor. Wasp was about the effect one person could have on a rigid society. Wasp was written in 1957 but is frightening just how much is germane to today’s society. From Wasp, I took away that perception can be much stronger than reality and that, given a chance, runaway imagination can cause people to do and endure things that they never would allow if they took the time to think.

From both books I acquired a lifelong love of Fantasy and Science Fiction. From there my love of technology and my eventual degree in Engineering were almost inevitable. I find it intriguing that these two books had such an impression on me.  They certainly were not the first books I read, not even the first fantasy I had ever read. Did I enjoy them because of who I would become or did I become who I am because I enjoyed them?

In case you are wondering why I took you on this trip down my memory lane, I want you to take some time and think about the books that shaped who you are and how you think. In a time when reading books for pleasure is becoming a lost form of entertainment, I have to wonder where this generation will find their inspiration.