Using 1040 Advertising As A Revenue Stream, Why Not? 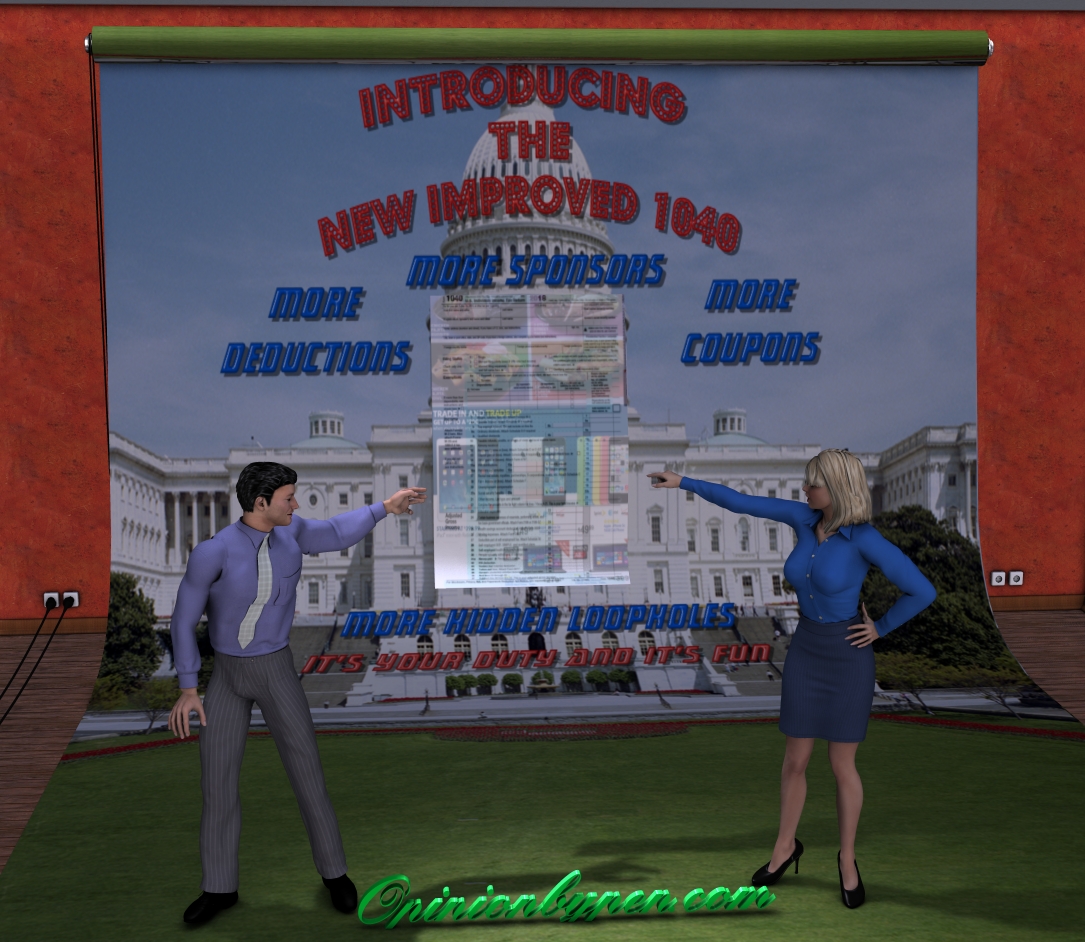 Every once in a while I have an idea that’s almost brilliant. Google has made most of its money through advertising. Why can’t the US government do the same?

Every year the IRS gets an update on where we live, how much money we made, and how we spend our money. They keep records of this, they have agents that go through this to verify this data. Why can’t we use this capability to generate our own revenue stream?

I know that data is supposed to be private but this is an opportunity to reduce the national debt. The advertisers already know who I am. They know where I live. They probably have a very good idea how much money I make and they know where I spend most of my money.

The IRS would be providing no additional information but since they already have it on file they could provide it at a much lower cost. The IRS could also sell advertising for each line on your tax form. “If line 25 is greater than $5075, you deserve a break today. Buy one hamburger, get a small drink free.”

Advertising could be done on the 1040 forms and all the associated instructions. They could have an on-line version with active graphics. Google would do it. Amazon would do it but then neither of them would come up with the convoluted mess we refer to as a tax code.

Why is the tax code important? It’s not that 1040 advertising couldn’t be implemented as an app or an on-line form. The problem is that the tax code is too complicated for most people to do their own taxes. Until we have a simplified tax code, the people seeing most of the 1040 advertising would be the paid tax preparers.

I can envision a whole new series of questions where they ask “are you interested in receiving more information on” and give you a series of checkboxes. This would allow the IRS to properly categorize your interests and sell your information to the advertisers. It would also allow the IRS to charge companies more by adding them to the checklist.

I realize you don’t like this idea but if you have an android phone, if you have a page on Facebook, if you use any of a hundred different social media sites, your information is already in the hands of the advertisers.

For those of you that are absolutely against this idea we could add a box that says “Check here to pay the greater of $100 or 5% of line 27a. Of course, that doesn’t prevent all the other advertisers from using the information you’ve already given them.

My wife has already pointed out a critical flaw in this plan, our government doesn’t seem to be good at running a business for profit. It’s hard to argue with the obvious, just look at the Post Office.  Maybe we could outsource it. All the pieces are already there. The database is in place, the infrastructure is in place, the people are in place. It’s hard to imagine them not making money from this.

My final argument in proposing this? Our government needs the money too badly to overlook a revenue stream with this potential. I’m sure it’s already been discussed in Congress. Make no mistake, this will happen. I’m not looking forward to seeing targeted advertising as I fill out my 1040A but that day is not far off.

Creating An Alexa Podcast For OpinionByPen Using Amazon Polly
The Art Of Communication, Let Your Audience Dictate How You Say It
Why I Finally Allowed Microsoft To Put Windows 10 On My Computer
Windows 10, Microsoft Doesn't Get It