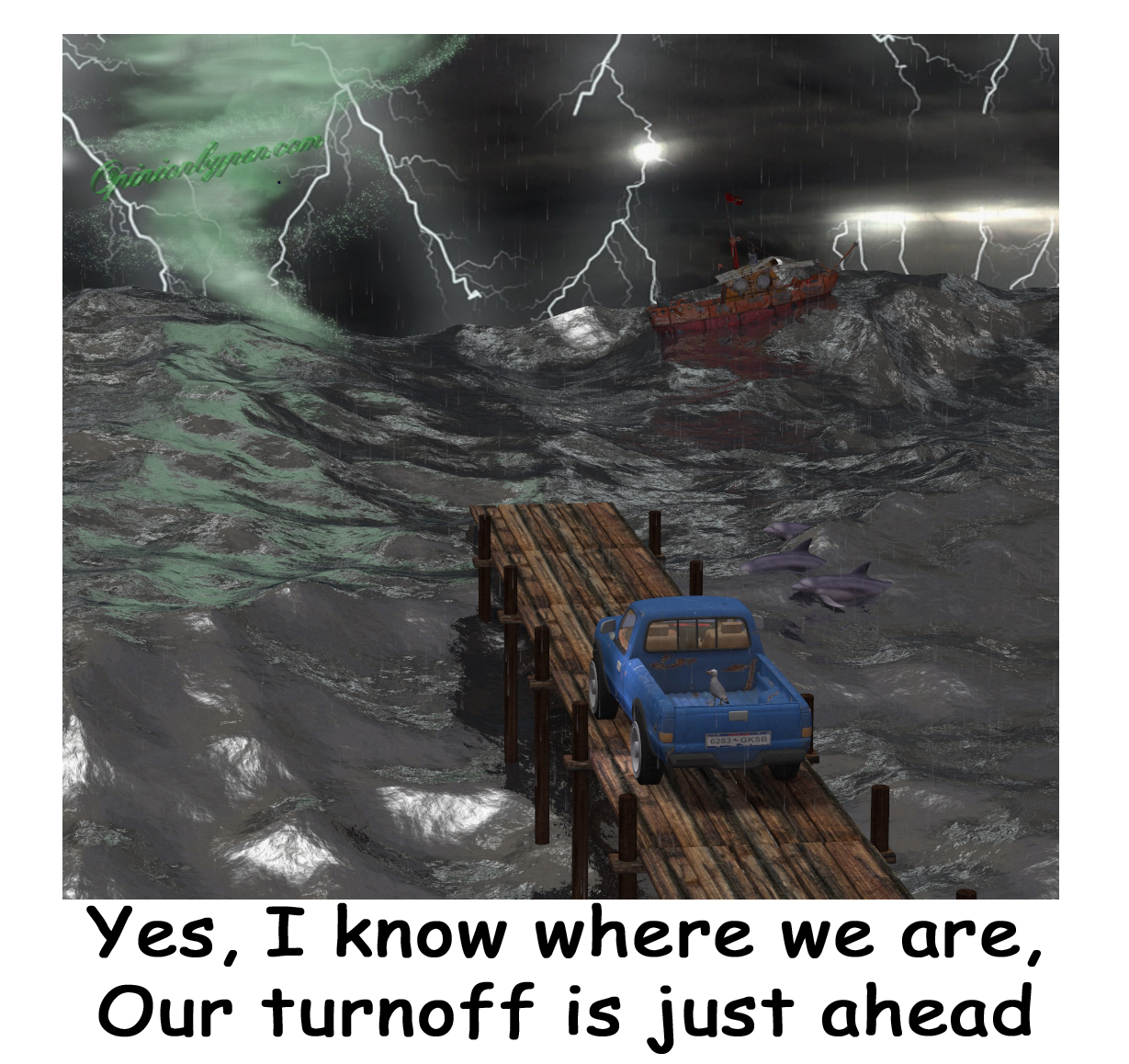 Male stubbornness is legendary. I think more jokes have been made about us never asking for directions than jokes about lawyers. We know you’re making fun of us and we still refuse to ask for directions. Let’s face it, Garmin is making a fortune off that trait. It’s far easier for me to trust a machine than a human walking down the road.

In part, this blog exists out of stubbornness. My wife didn’t believe I would make it past the six month point. I was too stubborn to let her be right. Well, that and I started enjoying the creative effort required to continue writing this blog.

I’m going to acknowledge that I don’t ask for directions. I don’t go into my local hardware store and ask where they keep the half-inch washers. I seldom admit that my wife might be right when she’s telling me a historical fact. My point is that this post is less about being stubborn than the why. It’s both more and less complex than you might think.

Let’s start with directions. I’m lost and I know it. But how do I know this person in front of me knows where I’m headed any better than I do? I’ve seen a number of demonstrations where strangers would give directions without having a clue where they were sending their hapless victims. Asking directions forces me to admit I’m lost and puts me in the position of trusting a stranger. I have strong trust issues.

Google Maps and my Garmin are my lifesavers.

The answer is far different in the hardware store. I could ask but first I have to also admit I don’t know what my washer is called. The fifteen minutes I’ll spend trying to explain why I need the washer and establishing that it’s actually called a rubber cap thread gasket is better spent looking through the store in search of new and fascinating tools.

Put me in an electronics store and I already know what it’s called but I have very little faith in the staff knowing the details I want to know. They already tried to sell me gold-plated audio cables by telling me how much better gold conducts audio signals.

It comes down to an issue of trust. In the areas where I’ve established that the person actually knows what they are talking about and has no reason to mislead me, I have no reluctance saying I need help.

Simple so far, isn’t it. Unfortunately I also have to admit to a certain amount of pride that colors my actions. By admitting that I’m lost or I don’t know whether I should buy an iPhone or a Samsung Galaxy, I’m forced to admit that a stranger might know more than I do and I’m putting myself in the hands of a stranger.

I know some of you already think I’m being paranoid. Try this experiment. I’m certain there’s at least one subject where you have expert knowledge. Go to any place that gives advice or sells products in your field. Ask a few of their people for advice. I’m guessing that you’ve already had this happen and were appalled at some of the answers you were given.

So why do you think it’s stubbornness when I don’t want to take a chance on getting stuck with the cell phone equivalent of a Yugo for the next two years simply because the salesman got a bonus on each sale.

There’s one more factor that greatly complicates this, my wife. I admit it, where my wife is involved, she becomes a pride multiplier.  When I was younger, it was my parents for the same reason. I wanted them to think I didn’t need help, no matter how much I might need it. I find it extremely difficult to admit I need help in front of my wife. I have to work at it to admit I’m wrong when she’s involved.

With that admission, I’ll let you in on a deep dark secret. When my wife is not around, I will ask for directions. Sometimes they even get me where I’m going.