Problem Solving And The Engineer 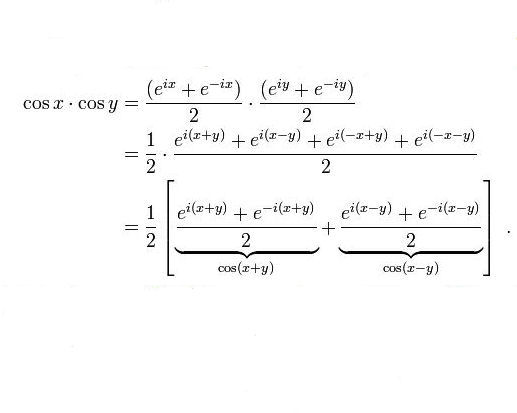 Last night my wife did a very cruel thing to me. I don’t think it was malicious but it did destroy the rest of my evening.  What was it that my wife did to me? All she did was show me a fairly simple mathematical problem that had been given as homework to a distant friend’s child. She did not ask me to solve it but she did present it as something that a lot of adults were having difficulty with. Without knowing it she gave me something that was almost perfect engineer bait.

In “Who Framed Roger Rabbit?”, whenever  Roger Rabbit heard the tune “Shave and a Haircut” he couldn’t help  himself. Even if it caused his capture, he was compelled to respond with “Two Bits.” Engineers are much the same way when it comes to solving problems. If you add the information that other people are having difficulty solving it and that there is a solution, I’m as powerless as Roger was. I simply can’t walk away.

On the face of it, this was a fairly simple problem. As I looked closer, I realized that there was some misdirection and that it was actually a sequence problem. For example, if I ask what’s the next number in the sequence  2, 4, 6, 8, you will respond with 10 because it’s obvious that I’m adding two each time. I hate sequence problems because even though the sequence may seem obvious, there are often other solutions that also fit. Unfortunately that knowledge doesn’t protect me. Here the sequence was not obvious. The bad thing is, even if I came up with a solution, I will never know if it’s the intended by the author. I doubt that I will ever see it or the answer again. Really very little point in working on a problem like that.

Anyway, after waking up at 3AM and spending another hour reviewing the problem in my head, I decided to get up and write this instead.

Engineers are hard wired to solve problems and develop solutions. This is what captivates and intrigues us. Problems take on a whole new level of fascination once we realize that other people have been unable to solve the problem. If you mention a problem, we immediately start thinking about solutions. It’s probably that until we come up with a solution ,  we don’t hear anything past the description of the problem.

My wife finds this trait very annoying. When it’s a technical problem she appreciates my abilities but when she has a problem dealing with animals or relationships she wants to discuss the issues and talk out the problem. The last thing she wants is for me to try to solve the problem for her. On a rational basis, I can understand that. Most of the problems she wants to discuss deal with emotions and feelings. Something that I tend to be very weak in. Logical answers just don’t apply in these situations, they only serve to annoy her. You would think that after all these years, I would know I should keep my mouth shut. It’s just not possible.

Back to the problem that started all this, if I consider the sequence of missing numbers to be a simple relationship…  You know, I’m beginning to think my wife did this to me deliberately. I’m sure I heard snickering when I got up.

Encryption and Hacking, A Government Granted Right?
Windows 10, Microsoft Doesn't Get It
Udacity
Why I Finally Allowed Microsoft To Put Windows 10 On My Computer