Contempt For Others, An Object Lesson 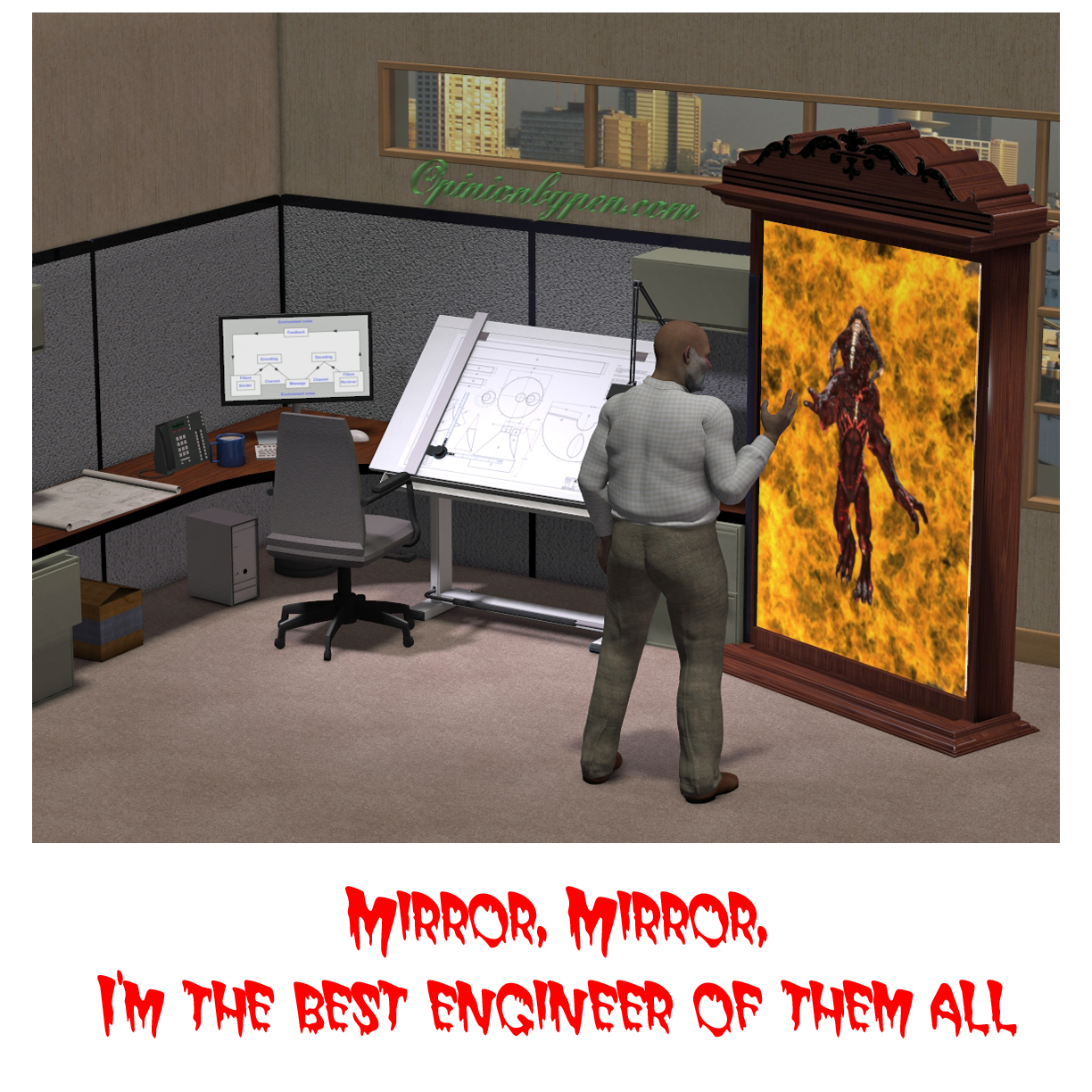 During my career I’ve been fortunate enough to work with some very skilled engineers. I’ve managed to learn from all of them but one stands out from the rest, not because he was such a good engineer, although he was, but rather because he taught me a very valuable lesson on how not to deal with contempt for others.

I wish I could say that he taught me this lesson deliberately but unfortunately he was an object lesson on emotional maturity. During his career whenever he encountered someone he considered inept at their job, he would start fixating on their shortcomings. He would this over and over until, in his mind, this person represented all that was wrong with his company, or the US depending on the person’s position (needless to say he had very strong political views).

He seemed to have a compulsion to share this contempt with anyone close enough to listen. In some case he started referring to these people using descriptive labels such as “dumb and dumber”, “clueless”, or “future Congressman”.

By itself this was bad enough, but when he found himself required to work with somebody he had mentally designated worthless, he was completely unable to do on his part of the task, instead he wasted much of his time ranting to anyone who would listen how utterly worthless the object of his contempt was. In many cases, he didn’t even try to do his part because he knew he would be wasting his time.

If you’ve ever been to an event where the microphones were turned up a little too much and the speakers started to squeal, you understand feedback. His behavior was a classic example of this, the more he despised a person, the less the person was willing to work with him, causing him to despise the person even more and so on.

I don’t know what drove his behavior. I don’t know if he felt inferior and saw his actions as a way to feel better about himself. Maybe he wanted to feel superior to people and on seeing a sign of weakness felt he had to share it with the world. Maybe he had low tolerance for people that weren’t able to perform to his standards. He wasn’t a mean spirited person but that didn’t stop him from fixating on their flaws.

I frequently discussed his behavior with him and a few times I got him to admit that his perceptions were incorrect but five minutes later he was back to referring to the person as worthless and doing everything he could to avoid working with that person. Not surprisingly, the only person that this behavior affected was my friend. People felt that he was difficult to work with.

Admittedly my friend took this behavior to an extreme but as much as I’d like to think that I’m above such nonsense, the truth is that we all do this to some extent. It’s a very human trait and way too often we allow it to influence our thinking. The problem is that it’s self-destructive and a very convenient way of ignoring the truth.

My weakness is Congress. I consider our Congress as totally dysfunctional. With an approval rating in the low teens, I’m certain I’m not alone in that opinion. Whenever I think of Congress, I think of self-aggrandizing buffoons without the capability to put two thoughts together in a coherent sentence.

I find the current situation so distasteful that I have given up any hope of seeing improvement. And yet, by my actions and lack of actions, I am just as guilty as my friend. I have criticized Congress for their actions or lack of actions without a full understanding of what forces are influencing them. Don’t get me wrong, they might still be self-aggrandizing buffoons but they might also be totally incompetent people trying to work for us.

I don’t think this behavior is limited to my friend or as I just admitted, myself. Some of us have a more stable emotional outlook but all of us want to believe we’re superior to everyone else for some reason or another. If you don’t believe that, think about the last time you were driving on a crowded freeway. I know you felt your driving was superior to most of those drivers.

It’s when we start to fixate on someone else’s shortcomings that we start to limit ourselves. I’ve always liked the Army’s recruiting motto, “Be all you can be.” It’s certainly not, “You only have to be better than the jerk in the cube next to you.” When we fixate on someone’s lack of abilities, we’re only setting our standards lower.

Measure yourself by your own actions and capabilities and stop concerning yourself with other people’s shortcomings, that’s the lesson I learned from my friend. It’s a valuable lesson, I don’t intend to forget it. It certainly cost him enough to teach it to me.

Some Advice Before You Move To The Country
Ever Think of Your Engineer as a Super Hero? The Evidence is There.
Bank of America, I Hear You Calling
Spam and Scams Filling My Email - Sound Familiar?