The Pleasure of Finding Things Out by Richard Feynman, Too Enjoyable?

The Pleasure of Finding Things Out by Richard Feynman was an unexpected treat. You would expect a collection of lectures from a Nobel Winning particle physicist to be dry, containing lots of math and another incomprehensible discussion on why they believe certain subatomic particles to exist. That was certainly not the case.

Please understand, I’m not complaining. While I exhibit a number of nerd like qualities and all of my high school friends were also members of the chess club, listening to books on particle physics is something that I try not to punish myself with more than once a year.

Feynman’s lectures surprised me. Yes, they were dated but for the most part they were common sense observations of a man trying to understand people who do not see the world nearly as clearly as he did. Imagine trying to deal with security when your wife writes to you in code and you’re expected to break the code in order to read your mail. Security people take a very dim view of people using code, especially when you say you need to see the message to develop the key.

I almost felt guilty for enjoying this book. This was not on my list of books to enjoy. Hmm, I guess I should explain that statement.

Sometime around high school, my teachers conspired to destroy my love of reading. They were very cunning about it. Everything they did was under the guise of introducing me to fine literature. I wrote reams of, well let’s be honest, very tedious book reports on hidden meanings and character motivations that I had no interest in.

From the moment I realized my teachers looked down on science fiction as lacking the refinements of fine literature, I went the Fantasy and Science Fiction route for every book report I had an option on. Not willing to degrade themselves by reading my selections, I was usually given a B and very little scrutiny on my reports.

Still, I was an impressionable teenager. While my teachers never succeeded is destroying my love of reading, they did manage to instill a sense of guilt if I spend too much time reading strictly for entertainment.

Forty years later and that sense of guilt is still there. Fortunately, I’ve also maintained my sense of defiance. There was a period, about 20 years ago where the publishers tried to elevate science fiction by forcing the writers to address the social issues of the time. During that time, I reread a lot of scifi classics. I realized I wasn’t alone in my feelings when reader backlash quickly ended this period.

In trying to strike a balance, my reading subjects tend to be slightly eclectic. While I read a lot of science fiction, I also read a number of educational books. Recent selections included poisoners, very intelligent animals and a collection of lectures from a very bright physicist. If you’ve ever attended a Renaissance Festival and yearned for those simpler times, The Royal Art of Poison will quickly cure you. There’s no doubt that the Borgia’s were trying to corner the market on poisonings but squalid living conditions and experimental medicine, even among the Royalty, made poisonings a far second to disease and self-inflicted poisons.

On the other hand, Are We Smart Enough To Know How Smart Animals Are? will treat you to a sordid glimpse of mankind trying to feel superior to animals. There were times I felt the author was biased in favor of the animals but I did come to understand that my dogs really weren’t motivated to solve puzzles for food when they could just as easily train me to give them treats.

There’s no doubt that my favorite of these books was the collected lectures of Richard Feynman. To give you some perspective, Richard Feynman was one of the physists on the original atomic bomb. Think of somebody being smart enough on the event of the first atomic trial, realize that the government issue dark glasses were useless and risk his eyesight because he knew the real risk was UV and the demolished car in front of him had a windshield that would block the UV. Impressive and fortunately for all of us, he was apparently right.

I knew I was hooked when he discussed education. He was talking about the scientific process of developing a theory, having your colleagues challenge the theory, developing experiments to prove or disprove your theory and gradually you improve your understanding of the world. I use a similar process when I’m troubleshooting a problem but I digress.

His point was that all these educators with multiple degrees in teaching, proclaiming themselves to be experts in education, did none of this. This amazed him because it was obvious that all the data indicates our ability to educate is getting worse. You have to wonder just how many test groups they tried before rolling out new math. I’m sure there’s some reason for it but if you want entertainment just watch a product of our modern educational system trying to make change without a calculator.

I enjoyed The Pleasure of Finding Things Out by Richard Feynman far more than I should have. Looks like my next book will have to be a history book. I always hated history. 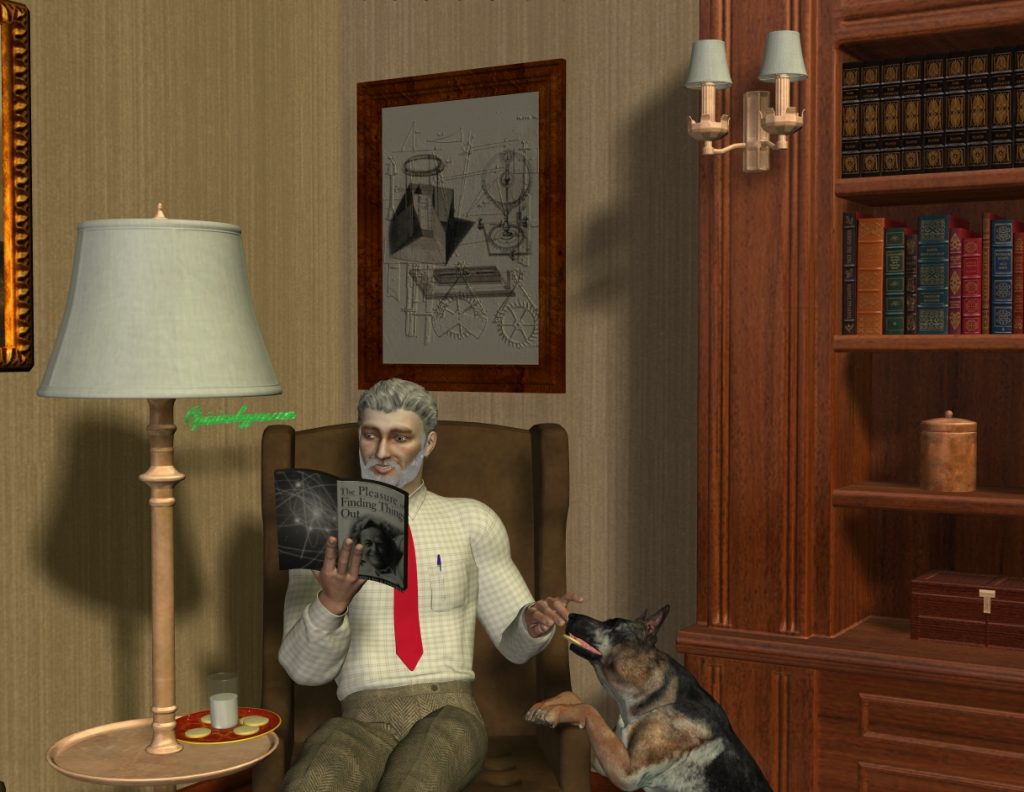 Sundae Thanks You
Improving My Writing Means I Have To Write
An Attempt To Make Sense Of The Rules Of Writing
The Importance Of Good Grammar, A Mathematic Look