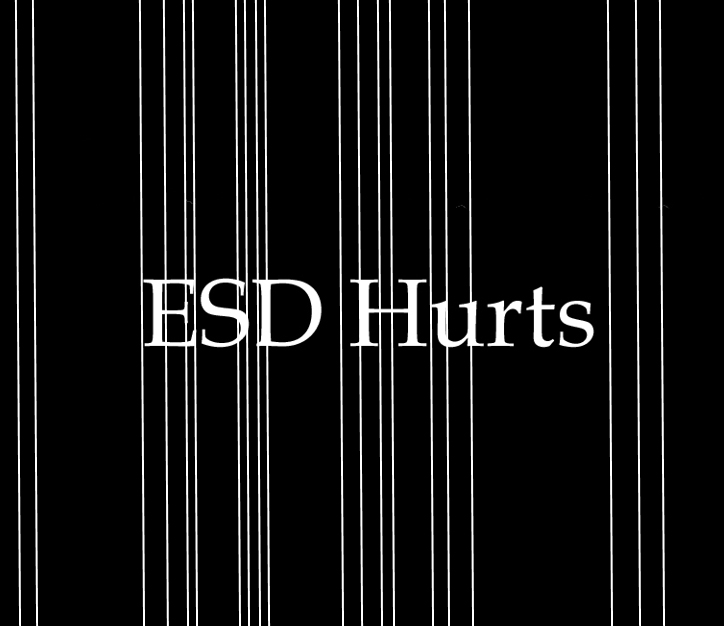 Almost everyone has heard the term ESD, ElectroStatic Discharge. It’s the little shock you get on a cold dry morning as you touch the doorknob. It’s seldom fatal to us unless it comes in the form of lightning, also a form of ESD. Fifty years ago, unless you were working with explosives or selling lightning rods, no one ever gave much thought to ESD.

That all changed with modern electronics. The integrated circuits in your phone, in your iPad or in your computer can be completely destroyed by a few seconds of careless handling. Before you panic, rest assured that the manufacturer of your device has taken great precautions to reduce the likelihood of ESD causing damage to your device.

When you open your device up to add memory or a new hard drive, you bypass many of the manufacturer’s safeguards. With just a few seconds of careless handling you can ensure your device will never be the same. If you’re lucky your device will just die. If not you may have hours of entertainment from such things as extremely short battery life, poor reception, frequent crashes, random pixels on your screen…

The big problem with ESD is that you can do damage without even feeling the shock. I don’t care how much you trust me, when I say you have to do a number of arcane things like always wear a grounding strap when you handle electronics, you’re going to have doubt. I don’t blame you, until I blew out a few ICs myself, I didn’t believe it either. Seeing a working part become a non-working part and having to pay for the replacement makes most hobbyists true believers.

That’s really where this story starts. Most workers in an electronics factory aren’t going to see the ESD event causing the device to fail. They have a number of rules that they are told to follow because ESD exists and if they don’t follow the rules they can damage equipment.

I wanted something very visual, with high impact. Something that would stay on people’s minds for much longer than traditional training. It’s no surprise that I decided to do something in Poser. I also did it because I knew it would challenge my capabilities. For me the best way to learn is to have a project that forces me to develop new skills. Before you start to wonder, no, my company doesn’t let me sit at home playing with Poser animation. I did this on my own during a long weekend. 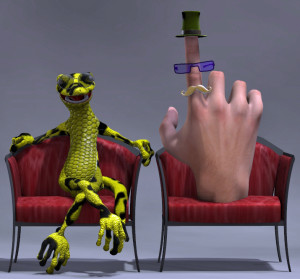 I chose to use a Gecko for my actor because we’ve been conditioned to like Geckos and I had a model for one. All I would need was a hand after that. OK, I also needed lightning, a circuit board, a table and a little smoke.

Putting it together did stretch my capabilities.  I found out that timing is everything in an animation and I had no reference. I had to add a chair for a dark backdrop and literally move the smoke to make it more visible.

I have a part two, with a grounding wrist strap on the hand, in the works but with the grounding strap on nothing happens. Important as a concept but visually boring.

I hope you enjoy the clip but please remember, ESD is real. It destroys millions of dollars worth of electronics every year because people get careless.

TNSTAAFL, Windows 10
A Look At The Snake Slayer IV From A New User
Becoming Borg
The Law of Resonance