An Engineer Muses On Fictional Writing 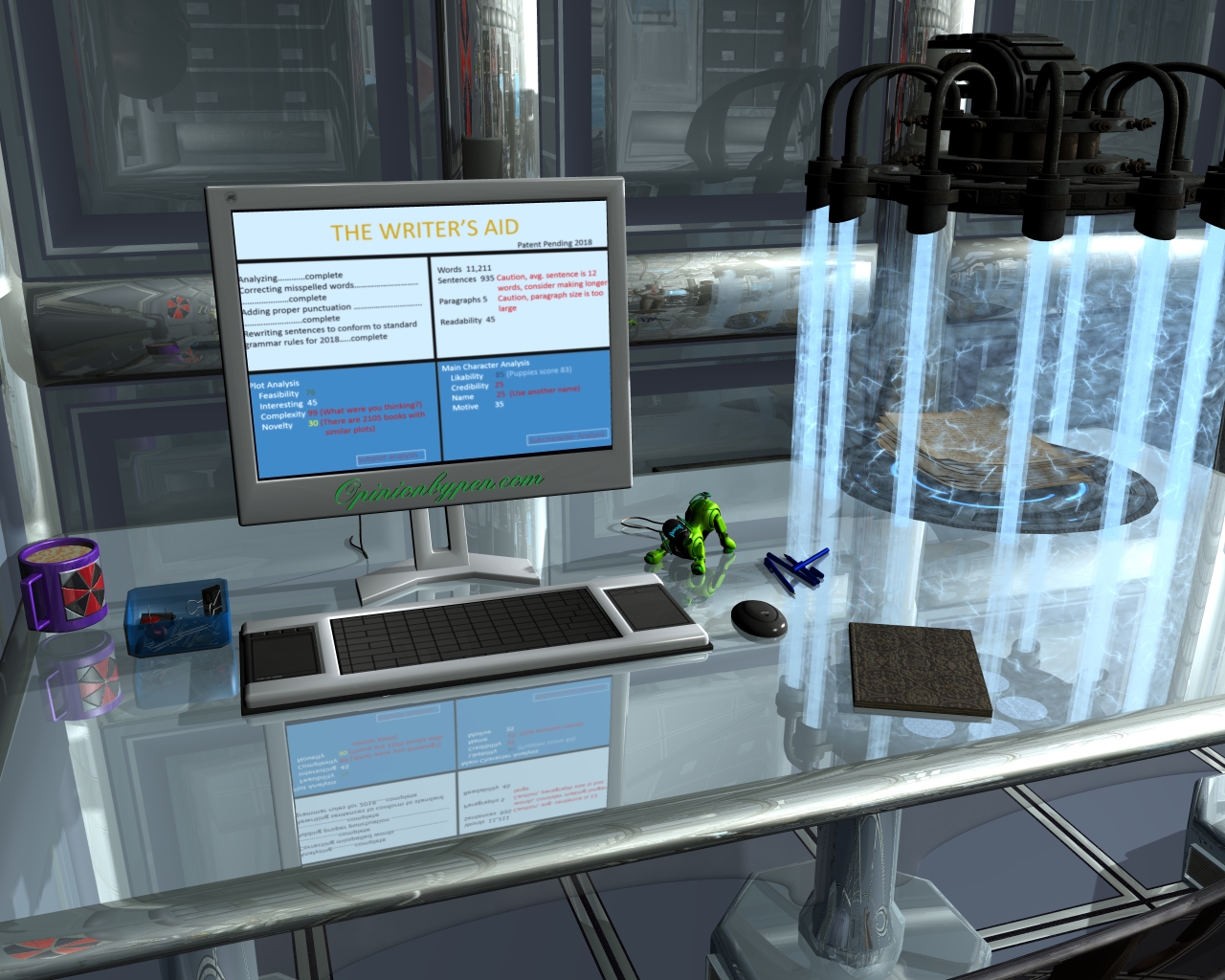 If you’ve seen the movie, Apollo 13, you remember the scene where the mission director comes in with a box of stuff dumps it on the desk and says this is what we’ve got, make it work. I don’t think there’s an engineer out there who wouldn’t love to have that challenge. Just watching the scene and seeing the solution made me proud to be an engineer.

Unfortunately, none of my supervisors have ever provided me with that kind of challenge. Usually they come to me and say we need you to investigate why all the warp engines are failing maximum output during final test. This would probably be a good time to say my company doesn’t actually make warp engines but it got your attention and got my point across.

I assure you, even if we did make warp engines, finding out why they are failing for maximum output is far less glamorous than taking a box of supplies and making something functional from it. Especially when astronaut’s lives are at stake.

It was a surprise to me when I started writing that writing is much like taking that box of supplies and making something functional from it. No, I’m not talking about the fact that I know a limited number of words and using those words I create a story in your mind. I’m talking about the elements of the story.

You would think that my box of stuff was unlimited, after all I’m the author. I’m discovering that’s not the case and I’d like to discuss some of the limitations with you. When I start a story, I tend to start with a problem statement such as what would I do if I discovered that a secret division of my company was making warp engines.

The ramifications of that statement are huge. The existence of warp engines suggests intergalactic travel, alien technology, and the aliens themselves. Now I get to search through my box of stuff and find my hero. Hopefully I’ve been introduced to my hero although sometimes my hero has a tendency to do things differently than what I expected. I suspect that comes from not knowing my hero thoroughly before I start writing.

Once I have the problem statement and my hero, I have to decide what limitations are placed on him. For example, in Apollo 13 they had to deal with extreme cold. That makes a big difference on how well the tape will stick. It’s the little details that will get you every time.

Interesting, my box of supplies is no longer unlimited but rather, limited to the subjects I can write credibly about. The same is true for my hero. I could give him an IQ of 200 in which case he would recognize simply from the engineers we were hiring that we were producing warp engines. I suspect that would be a very short story because with an IQ of 200 he really doesn’t care, he’s already developing his own alien technology.

In order to have a story worth reading, I have to make my hero credible and likable. I admit it’s a struggle for me to understand what makes somebody likable.  I can design a 28 volt, 200 amp power supply with less than one percent ripple but how do I design likable? Is it their height to weight ratio, is it their gleaming white smile with perfect white teeth or our desire to see them succeed despite the obstacles I put in their path?

I hadn’t thought of that. I’m also responsible for my hero’s adversary. It’s sort of like playing chess by yourself. I can’t concentrate on one side and make random movements on the other side. Nobody likes a lopsided story, it’s just not interesting. For each superpower I give my hero, I need to give an equal one to my villain. My box of stuff becomes even smaller.

For those of you desperately trying to tell me the reader is the most important part of the story, no, I haven’t forgotten you. In Apollo 13 the mission was a success if the astronauts returned home safely. In the case of the engineers, they were tasked specifically with reducing the level of CO2 in the cabin. While they were limited by the items in the box, they had gauges that quickly told them they were successful. My story has to be interesting to you and that’s a whole new set of challenges. Not one of you has indicated a willingness to be equipped with remote monitoring devices. Sometimes you tell me what you like and sometimes I’m only guessing. Writing is not a solo sport.

And you wonder why I enjoy writing. It’s a far more complex challenge than the one the engineers faced in Apollo 13. Fortunately, if I get it wrong, I can start over. I hope I’m getting better with each story I write. That’s my goal anyway. You’re always welcome to tell me how I’m doing at it.

Starting A Blog? Spend Some Time Planning
Companies Not Reading Your Complaints? You're Probably Dealing With A Chatbot
Needed, A Balanced Approach To Positive Communication
A Brief Guided Tour of an Engineer's Thought Process