A Followup to Amazon Polly and My Solar Fountain

I live in Texas because I enjoy the hot summers, mild winters and the food. Well, also because my wife has told me she’s not moving out of Texas. What I really dread is springtime when my allergies kick into overtime and I feel like a druggie looking for my next Claritin fix.

The majority of my blogs are written using Dragon Naturally Speaking. Needless to say, Dragon has great difficulty interpreting my wheezing and sneezing. Because of that I decided to follow up on two of my previous posts.

Opinion by Pen is now an Alexa skill!

We’ll start with my adventures using Amazon Polly. I have great news for everybody owning an Amazon Echo that wants to listen to my posts. Amazon accepted Opinion by Pen as a skill for Alexa. All you need to do is tell Alexa to “Open Opinion blog.” I wanted “Opinion By Pen blog” but Amazon doesn’t allow prepositions in skill names. I also tried Opinion Bi Pen but Amazon still felt I had too many words. Opinion blog it is.

I have been told it’s not quite that simple and I would certainly appreciate feedback but Alexa will eventually give in and present you with my latest post.

On the other hand, Apple rejected my podcast and sent me a nice form email that told me absolutely nothing. Considering that Apple podcasting was not one of my goals, I will not be following up with Apple on this.

Oh well, there go my plans to become number one on Apple’s podcast chart. 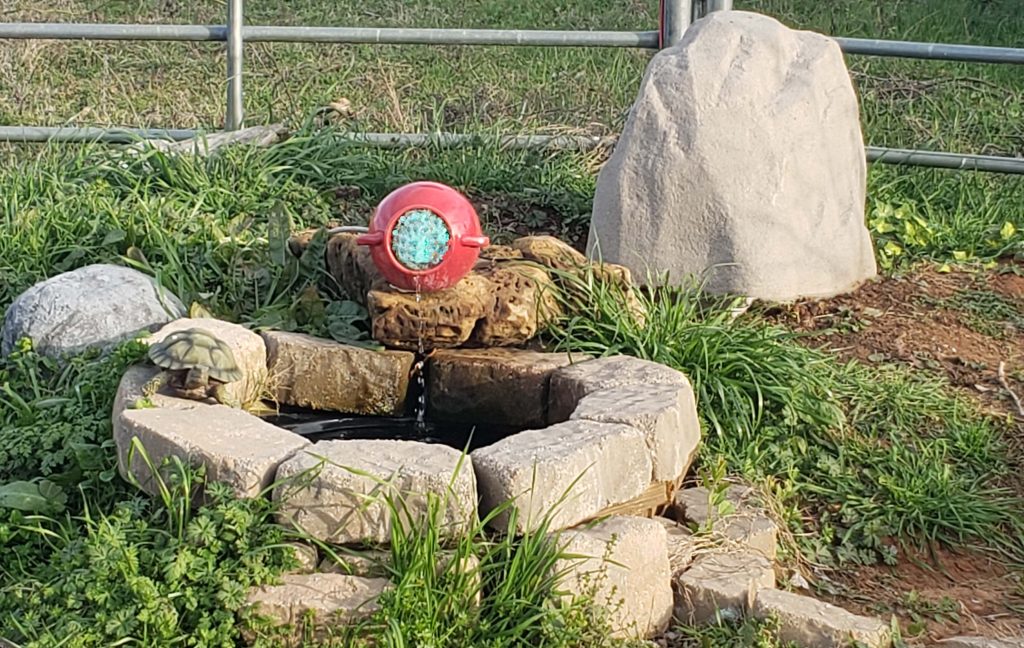 I was finally able to measure output of my solar panel and found out that I was using less than 13 Watts to charge the battery and run the pump. My 50 Watt solar panel was easily able to produce all the energy I was using but my fish were still not getting flowing water throughout the entire night.

I decided to start with the controllers. The typical low-end solar controller, uses PWM technology. PWM stands for pulse width modulated. For me, what it really means is that everything above 12 Volts is wasted capacity. Since your typical solar panel is rated at its maximum voltage and current, a 50 W panel buys you only about 35 Watts of power with a PWM controller.

The other option is an MPPT solar controller. MPPT uses the maximum power point for your solar panel and converts that down to 12 Volts. In other words, it has the capability to use all the energy above 12 Volts. MPPT controllers tend to be far more efficient and expensive than PWM controllers.

Fortunately for the wellbeing of my fish, getting my fountain to work to the entire night had become a quest. The additional cost of an MPPT controller was simply another obstacle in my way. Amazon quickly provided me with an MPPT1575 and I waited anxiously to observe the magic of my pump working through the night. The first morning I rationalized that the pump wasn’t working because the previous day had been cloudy. By the fourth day I had to admit that my expensive controller wasn’t doing any better than my cheap controller.

It was obvious that I was missing something. Every element of my system was capable of operating the pump through the night. A chance comment to my solar powered chicken coop post gave me the answer. When they have been fully discharged, lead acid batteries require a really long charge cycle. Eight hours of full sun was not sufficient to bring the battery back to full charge.

I could’ve tried raising the charge voltage on the controller but that can significantly shorten battery life and as we’ve seen with lithium batteries can cause fires. The comment had suggested connecting two batteries in parallel so that I was charging both simultaneously. This allowed my solar controller to deliver more power to the battery system and neither battery was completely drained by operation through the night. I almost did my victory dance when I discovered the pump was still running the next morning.

Having achieved my goal of running the pump through the night, I was dismayed when I noticed that less and less water was flowing from the fountain. As I mentioned in the original post, the pump acts as an under-gravel filter for my fish and less water meant that the filter was far less effective.

Pro tip: If you do set up an outdoor pond with a solar pump, limit your use of clear vinyl tubing. I had no idea that enough algae would grow in the tube to block my waterflow. It was an easy fix to replace the tubing and I have full waterflow now, even in the mornings.

Passwords, We Have Way Too Many
Great Appearance, Good To Have, Bad To Vote For
How Do I Know If an Engineer Loves Me
Risk Reward Analysis And How to Influence Your Engineer's Decision