Why Does A Request For Advice So Often Result In An Argument?

If there’s anything that can cause conflict between my wife and me, it’s a misunderstanding of my role in life when she makes a request for advice. Hmm, I said that poorly, let me give an example.

You’re sitting at your computer, trying to understand why your 3D printer is printing spaghetti instead of the model pictured on Thingiverse when your wife comes over and says, “I need some help trying to decide which dog show to go to.” Okay this is probably unique to my family but you know what I mean. 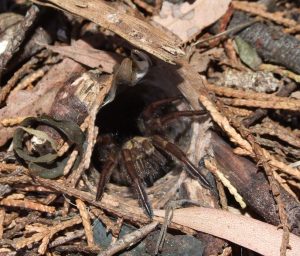 Of course my first reaction is to bring up a spreadsheet to help her make a decision. I’m going to give you a friendly warning, THIS IS A MISTAKE!!! DO NOT ENGAGE!!!

If you’re smart, you’re going to hit that three key combination that invokes that fake blue screen of death on your computer. This will allow you to spend the rest of the night trying to “fix” your computer.

Why? In short, this is a trap. No, it’s not deliberate but your wife is ignoring the thousands of years that have honed your problem solving drive and capability. She doesn’t want your help, instead she wants you to listen to her while she uses some arcane process known only to her in coming up with a decision. In truth, she’s probably already made her decision and only wants you to justify it.

Don’t believe me? Ask a few questions. You’re safe here. This is what she wants you to do anyway. Now, very cautiously, suggest either course. Trust me, it doesn’t matter. As soon as you’ve suggested a course of action, she will add another previously undisclosed fact that completely negates your suggested path.

You won’t be sleeping here tonight

If, like myself, you’re a slow learner, you might repeat this a couple of times before you decide she’s simply gaming you and doesn’t want your highly refined problem solving capability.  This is where you justifiably get annoyed and go back to that pesky 3D model. Of course, the dogs fully approve your decision. They’ll be sleeping in your place on a nice soft bed tonight.

Now, in all fairness, your wife is only doing as her instincts direct her. She doesn’t want you to solve her problem, she wants you to listen while she talks it out. Yes, I know it’s unlikely her method will result in the best decision, she’s probably not even going to use a spreadsheet. Yes, she’s taking her life into her own hands by ignoring your problem-solving expertise.

Disapproves of the chicken bone method

Still, unless her process involves tossing chicken bones in the air, she will come up with a decision that suits her. Even then, the bones will probably come up with the answer she wants. What? Don’t even try to sit there and tell me you’ve never fudged your spreadsheet to influence the answer. Really?

Usually I’m writing as an engineer trying to cope with a wife firmly rooted in art and nature and while our problem solving drive makes this scenario especially troublesome to engineering husbands, I think this one is also a frequent male female issue. Minus the spreadsheets of course.

Either way, actively trying to give her a solution is a no win situation for you. Ignore all my advice at your own peril.  As hard as it is for you, she only wants you to listen and ask an occasion question. She will make the decision. Push for a little logic and  she will only get annoyed.

I know not solving her problem is the hardest thing you’ve ever done but trust me, she will make the decision that feels best to her and you will get to sleep in a nice soft bed tonight.

A few suggestions on avoiding this

After rereading this I realized that I was short-changing my readers. This situation is avoidable. All it takes is a little understanding of the protocols involved. Despite the vagueness of the English language, both of us believe that we are clearly understood. A careful choice of words will go a long way to eliminating these mistakes.

I’ll start with the engineers. You already know she doesn’t share your love of spreadsheets. She feels her method is at least as valid as hers. Trust me, it only takes a few minutes of discussion on how weights are assigned to each attribute to convince her she’s right. A request for advice is not an excuse to break out the spreadsheets.

She certainly doesn’t want you to give her a solution based on your five minute analysis of the problem. I know it was an intense five minutes but it doesn’t count. She probably spent days thinking about it before involving you. Think carefully, did she say, “Tell me what to do,” or “I’d appreciate some help here?”

When she says her computer isn’t working. She expects you to fix it. When she says, ”I have a problem,” or, “I want your help,” you can bet she wants a discussion.  The wording of her request should be considered the first part of your problem statement. I know she uses the same terminology when she wants the garage cleaned but what do you expect, she’s not a trained engineer.

You’re also guilty in this little interchange of misunderstanding. You have a highly trained engineer in front of you and you’re irritated when he tries to solve your problem. If he wanted to talk instead of solving problems, he would be a politician.

Your engineer wants to show off to you. He wants to display his prowess in solving your problems. If you want discussion don’t give him a problem to solve. Lets look at my example of the dog show. Saying “I need some help deciding which dog show to go to” only invokes the problem solving drive. Saying, “I finally decided which dog show to attend but I’d appreciate you reviewing my logic,” forces your engineer to interact with you. He doesn’t have a problem to solve. Now he has to focus on your process and that’s really what you wanted anyway.

When you want the garage cleaned out, don’t say, “I’d like your help cleaning out the garage,” when both of you know you’re not going to be helping. By phrasing it that way, you’re implying that you will take credit for his work without actually helping. We call that a manager. You already know how your engineer feels about managers.

The Martian Notifier, Another Smartwatch?
3D Printed Christmas Presents, A Good Idea Or Not?
The Solar Powered Chicken Coop Fan Project
Use It Or Lose It, A Cautionary Tale To All Husbands