I Need You To Stop Watching Me, An Engineer’s Confession

Just because you’re paranoid doesn’t mean no one is watching you. There’s a lot of truth to that statement. All my life, people have been watching me. No, I don’t mean spies, foreign agents or even the NSA. Not that I’m dismissing the notion that they might be lurking about but my current concern is my wife, she wants to watch me while I work.

This troubles me enough that I have stopped just short of etching into stone a  commandment prohibiting my wife from watching me while I work. I justify this attitude by saying it’s a safety issue and to large extent that’s true. I don’t want any distractions when I’m operating a power saw, a chain saw or using the tractor to move dirt. There is an extraordinary amount of evidence confirming that I’m dangerous enough on my own. I simply don’t have the bandwidth to wonder where my wife is and to concentrate on not slicing my leg off with the chainsaw.

My wife is quick to tell me not to worry. She knows what I’m doing and tells me I shouldn’t worry about where she is. I have no reason not to believe her but there’s no way I can turn off the part of my mind occupied with ensuring her safety.

She will usually counter by saying that watching me is a good way to learn. Given all the DIY videos on YouTube it’s hard to argue that point but safety is still an issue. Let me give you an example. Suppose I’m changing a breaker in the power distribution panel. If you read a how to on the subject, you turn off the master breaker first. Sure it kills all the power in the house and you have to work by flashlight but you’re safe. I don’t do it that way and we’ll stop there.

That’s what I tell my wife and all of it’s absolutely true but it’s not the whole story. I also don’t like to be watched because I don’t want her to see the number of failures I incur before I succeed. Yes I know, just last week I attributed much of my knowledge to failures but I don’t have to let her see my struggles. This is my fallback position if she presses me on the safety issue.

When she pushes it, I admit I’m still not telling the whole story and give her my emotional response.  People seem to find emotional responses from engineers more believable. It goes something like this; how many times have you seen an engineer trying to debug his project with five or six managers standing around watching him and asking when he will be finished? Do you think the engineer is basking in all that attention? Certainly not in my experience.

When I’m being watched I know that the other person is contributing nothing to my success and will quickly be leaching some of my badly needed attention to the problem at hand. Managers cannot be silent. I think that it’s hard coded into their DNA to ask when I’ll be done. So much for concentration.

Wives have a similar issue. They tell you they will be quiet but even their stance speaks volumes. When they finally succumb to the urge, they tend to ask questions. Why did you do it that way? Did you think about rotating it 90 degrees? Why did you do that? Is that going to burn down the house? In the interest of personal safety, I need to make it clear than my wife has never asked me any of these questions.  Well, maybe the burn down the house question but given my history, that one might have been justified.

Each question forces me to re-evaluate what I’m doing and consider how much background information I have to give my interrogator before she understands what I’m trying to tell her. Often that knowledge gap feels like trying to fill in the Grand Canyon with a spoon. It’s taken me over thirty years to accumulate that knowledge and I’m expected to explain it in minutes. Even before I start trying to bridge that gap, I find my original objective slipping away.

Once she leaves in a huff because she thinks I’m not taking her seriously, I spend the rest of the day replaying the scene in a vain attempt to find a solution that doesn’t result in my wife getting mad and serving Brussel sprouts for dinner.

Three solid reasons, safety, a desire for my failures to go unobserved and the emotional response couple with the risk of Brussel sprouts. All of these are valid reasons and yet all of them are simply rationalized excuses.

Sadly, the real reason is so ingrained in the engineer I am that I could never hope for a non-engineer to understand it. Focused on my task as I am, I find somebody watching me such an example of inefficiency that my engineering soul finds their presence offensive. The person watching me is contributing nothing towards the project. Their presence doubles the man hours on the project without a corresponding increase in productivity. It’s almost as if my efficiency has been cut in half.

True, I don’t want my manager helping me troubleshoot any more than I want my wife helping me replace a faulty circuit breaker but they could be contributing to success of the project in other ways. There’s never a lack of things they could be doing that don’t involve watching me.

I’ve come to realize that the rest of you don’t view the world the same way I do. I did warn you that you probably wouldn’t understand. My previous answers are much easier to accept. Then again, no one ever told me that becoming an engineer was the key to social acceptance.

I need to caution you, this isn’t the only behavior in engineers that you will find completely incomprehensible. Sometimes it’s far better to accept our first few answers. It’s up to you, I’ve done my part. 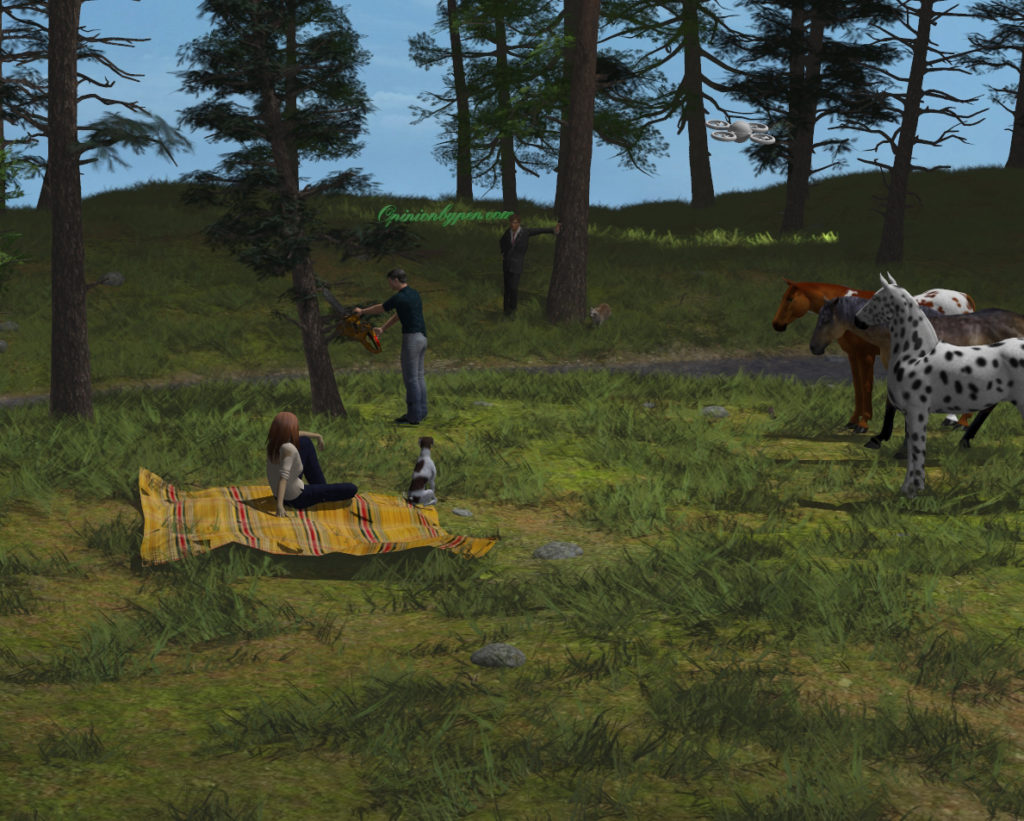 Making a Demon Skull With LED Eyes
Why Isn't There An American Micro Bit?
An Opinion On Opinions. Why The Other Guy Isn't Always Wrong
First Thoughts on Flying a Phantom DJ3 Advanced Quadcopter