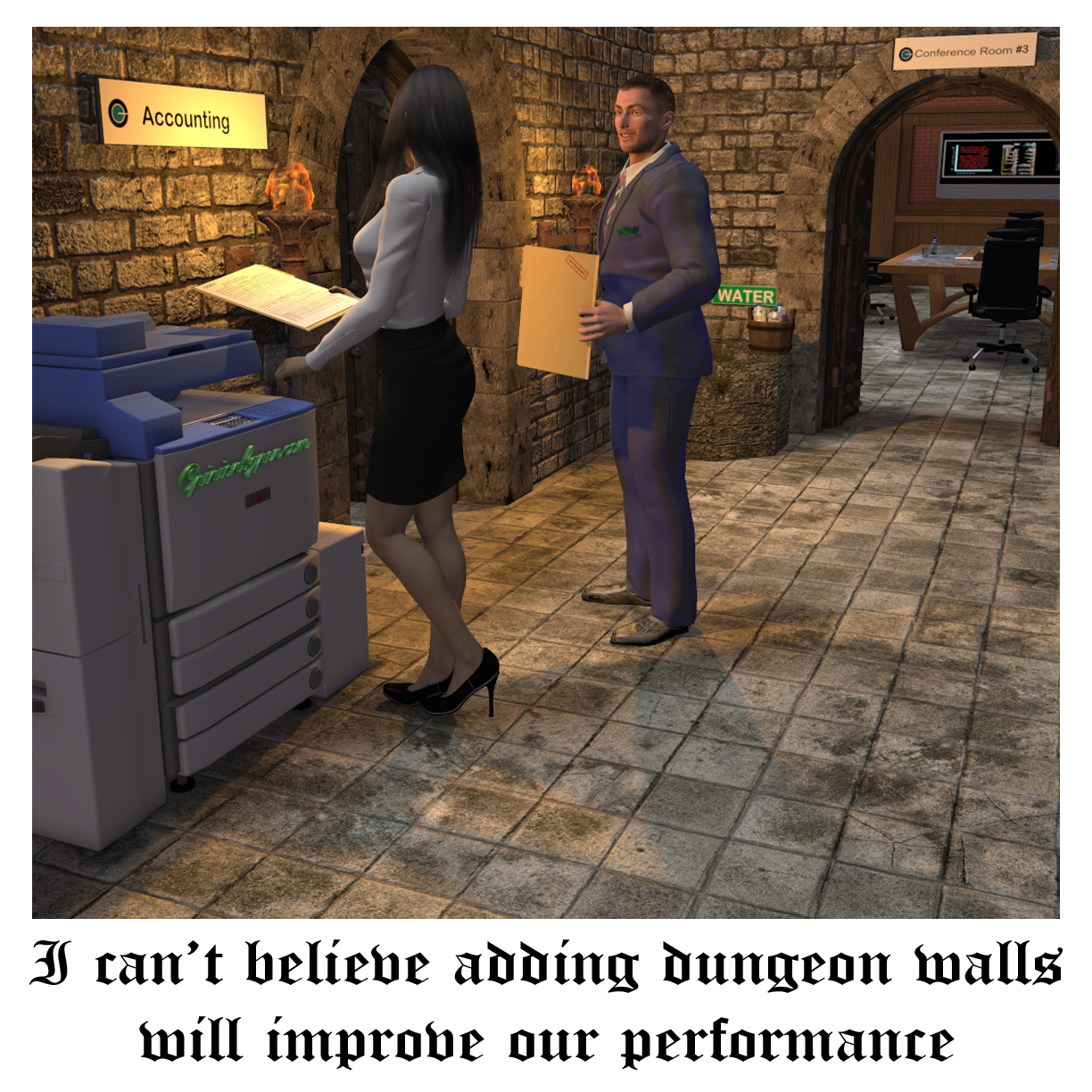 I like my job, I really do. In order to ensure I continue to like my job I avoid a lot of topics that I would like to write about because my management might not see my point. This is one of those topics.

One of the stronger engineering traits is the ability to see relationships in seemingly unrelated facts. Well, to be honest we also see relationships where none exist. That’s usually caused by an excess of ego or wishful thinking.

Consider this an exercise in creative thinking. I’m going to present four different observations and link them together. Feel free to agree or disagree with my conclusions but when I looked at them together, they create a very interesting big picture.

1)      I spend way too much time playing MMORPG (Massive Multiplayer Online Role Playing Game). That’s not surprising when you consider how much money is spent annually on psychologists to keep me playing. The theory is simple, acknowledging that people have different motivations, you have a number of player types or classes. Typical would be wizard, healer, rogue and fighter or tank.

Each class has a very well defined role and the player is expected to understand their role while playing in a group. Everybody knew their role and took it seriously. Some of the most effective teams I’ve ever been part of were guild raids in an MMORPG.

The psychologists have a few more tricks up their sleeves. They make sure there are lots of small rewards to keep the player working. These include better weapons, better armor, higher levels and new skills that go with the levels. When levels no longer suffice, the developers add faction and alternate experience. Anything to keep a goal in front of you, to keep you playing.

Of course you need to make sure the player knows how they are progressing. It’s not nearly as compelling if you have no close you are to gaining a new level. On the other hand, if I’m within two or three percent of making a new level, I’ll probably continue to play even though my wife called me to dinner. Once I make my level, I’ll probably equip all the new gear for my level and go check out the next zone, just to see what it looks like. I usually end up eating at my computer.

2)      Recently, I ran across an article about a new management trend, gamification. The concept is simple, manage the employees as if they were playing a game. No, I don’t mean chase them with Pac-Man type ghosts. Make their objectives clear and give them lots of small rewards along the way. Let them see their progress to their goal. There’s much more to than that and it does have some interesting merits.

3)      I absolutely hated Udacity’s Introduction to Psychology. The course was taught by three psychologists, they played different roles as instructors. They dispensed knowledge using games, events, interviews and on occasion, a real lecture. I found it to be a confusing jumbled mess and wondered why three psychologists were responsible for such a poor example of teaching.

There was no continuity to the way they taught. It seemed like they had written down all the teaching techniques they could think of, throw them into a hat and pulled out a different technique for each lecture.

4)      Finally, there was a study done on happiness that concluded that people were happiest when working to a reward, not when they received the reward. It was the anticipation of the reward that made them happy. I can’t speak for anybody else but I found that to be remarkably true in my case. The reward was never as good as it could have been, gaining a new level did not make me unbeatable, my new video card did not make my graphics so sharp and crisp that I felt I was looking through a window and so on.

Remember your last raise? Don’t tell me you never felt let down after getting it. A moment’s elation, followed by thinking it could have been bigger and disappointment when you saw what it was after taxes. Lottery tickets provide the same sense of anticipation, winning would just be a hassle with taxes, deciding what to do with all the money, long lost relatives want me to invest in their kiwi farm. I’m really lucky the odds are so high. Then again, I’m willing to take the risk of winning.

Four different intersecting observations in my life. It’s easy to see the common thread of psychologists in each but what are they trying to do? In the case of gaming, it’s easy to see they’re trying to motivate me to spend as much time as possible playing games. When they discuss gamification, the psychologists are trying to make me as effective at my work as I am playing games. I applaud their effort but I’m not looking forward to my wife having to remind me to come home.

I included Udacity because their Introduction to Psychology showed me that psychologists aren’t always right and often don’t understand why. I don’t know if it was ego, conflicting views or both but when it comes to motivation, they missed the boat and maybe the water too.

The study on happiness offered the most insight into myself. I always thought small rewards were the most effective way of inspiring someone but when I review my own reactions I realize they’re right. The reward was never as good as the anticipation of the rewards nor did the elation at receiving the reward last near as long as the anticipation.

So, what’s my take on all this?

My experience in gaming suggests that done right, gamification could be very effective. My experience with Udacity says that there’s a very good chance that the people trying to implement it probably don’t understand what makes gaming so addictive. When you add the study on rewards, I realize done even done right, gamification could be improved significantly.

Considering the millions spent every year on management fads, umm trends, anyone out there want to fund me while I develop the next big trend in management?

An Easter Cactus Flower
Trust In The Digital Age, Has The Definition Changed?
The Rise and Fall of a Power Zombie
The UP! Mini 3D Printer, A Review