A Proposal For Developing Engineering Synergy

If you work in a factory you’re used to hearing management babble, just think about your mission statement. If it’s like most mission statements out there, it’s a collection of meaningless phrases. Take this for example, “Utilizing our engineering synergy, we will develop a paradigm of waste cutting and improved production, allowing us to totally decimate our competition.” Maybe it’s the same for all professions but there are times when I just want to yell, “do you have any clue what that really means?”

The phrases synergy and waste cutting are two pet peeves. Although they both have important roles in the work place, their meaning has been reduced to noise.  Dictionary.com defines synergy as the interaction of elements that when combined produce a total effect that is greater than the sum of the individual elements. Small wonder its meaning is almost drowned out in management babble. Let me give you an example instead.

When I was younger and not as invested in my career, I often challenged people saying synergy on what they meant. I didn’t get a lot of correct answers but I did manage to get some bad performance reviews.

Consider waste cutting. We all want to cut waste but when you talk about waste, do you mean time, material, endless meetings about cutting waste or pointless exercises to show we took waste cutting seriously. Fortunately for me, by the time waste cutting became a catch phrase, I had learned some valuable lessons from my performance reviews on synergy.

I bring these phrases up today because I feel most companies are missing a golden opportunity for cutting waste that involves engineering synergy. Intrigued?

In order to survive, a company has to incorporate new ideas, new products and new people. It’s the only way you keep from becoming the premier buggy whip manufacturer. In the Engineering world, we frequently bring in freshly minted young engineer straight from college. Their knowledge is fresh and they’ve been exposed to the latest technologies while in college.

The more experienced engineers get promoted to management or relegated to maintaining the buggy whip line because the process is so finicky they’re the only ones that know how to keep it running.

I’m guessing that other professions share the same process. This isn’t a bad model. The new engineers aren’t as efficient as they might be and since they’re starting out, they will make a few mistakes but that’s planned in the budget. The buggy whip line is nowhere near as efficient as it could be but it’s a dying line anyway and moving a junior engineer to that line would cause consternation among the few older engineers and cause frustration to the junior engineer. Looks like we’ve identified waste.

Rather than assign an experienced engineer and a junior engineer to work together, management seems willing to take a chance on massive rework because the rework is only a probability. That’s why we have design reviews, to catch mistakes before they get into the field. We still have to redo the design but we’re managing risk.

For our buggy whip factory, adding new engineers to the production line will improve the efficiency of the line as long as the experienced engineers keep it running smoothly. Only one problem, now we’re increasing cost.

Now we have one more engineer working on the buggy whip line and have to hire an additional engineer to work new product development. Accounting will stop us long before we manage to relocate our first engineer.

They’re not really the bad guys here. The gains in efficiency might be worth the additional salary but it’s doubtful since the company is no longer selling that many buggy whips. Accounting is simply looking after the company. However, I also blame the lack of a feasible solution on Accounting.

Mentoring would be a perfect solution and both parties would benefit from a robust mentoring program but it’s difficult to determine which program should be charged for the mentoring so these are seldom implemented. I sometimes think that trying to determine the benefit ratio to the two programs and charging each program appropriately per government dictated accounting practices would put an accountant’s head at risk of explosion. At least that’s the way they act.

The deep dark secret of engineers is that we seldom come up with new designs, we build on the past and refine old designs. We’re constantly evaluating designs for improvement. From ceiling tile suspension systems to the self-checkout kiosk in the grocery store, we look at ways to improve the design.  It’s the way we entertain ourselves. When we do this we mentally run through our list of favorite solutions to see if any apply. Put a bunch of engineers in a room and have them discuss their designs and you will hear a lot of improvements based on the experience and backgrounds of each engineer. It’s what we do.

Consider this, on a weekly basis gather your engineers into a room for an hour, do a short presentation on this week’s project and let the engineers discuss possible improvements. A word of caution, you will need somebody to keep them on track. Otherwise you’re likely to end up with a self-checkout kiosk that actually works.

I know you feel this should happen naturally. Engineers do talk to each other but our focus is usually on something fun, like developing a personal hover bike using multiple commercially available drones. Impractical but really fun to think about.

Obviously not all the projects would benefit equally from these sessions and not all the ideas generated would be feasible, that’s something else we do. And then there’s the risk of exploding heads in Accounting while they try to come up with a way to charge the programs equitably.

I believe it’s an idea worth exploring. I’m throwing it out for discussion because I have faith that someone reading this will come up with a path forward. This kind of engineering synergy could cut a lot of waste. 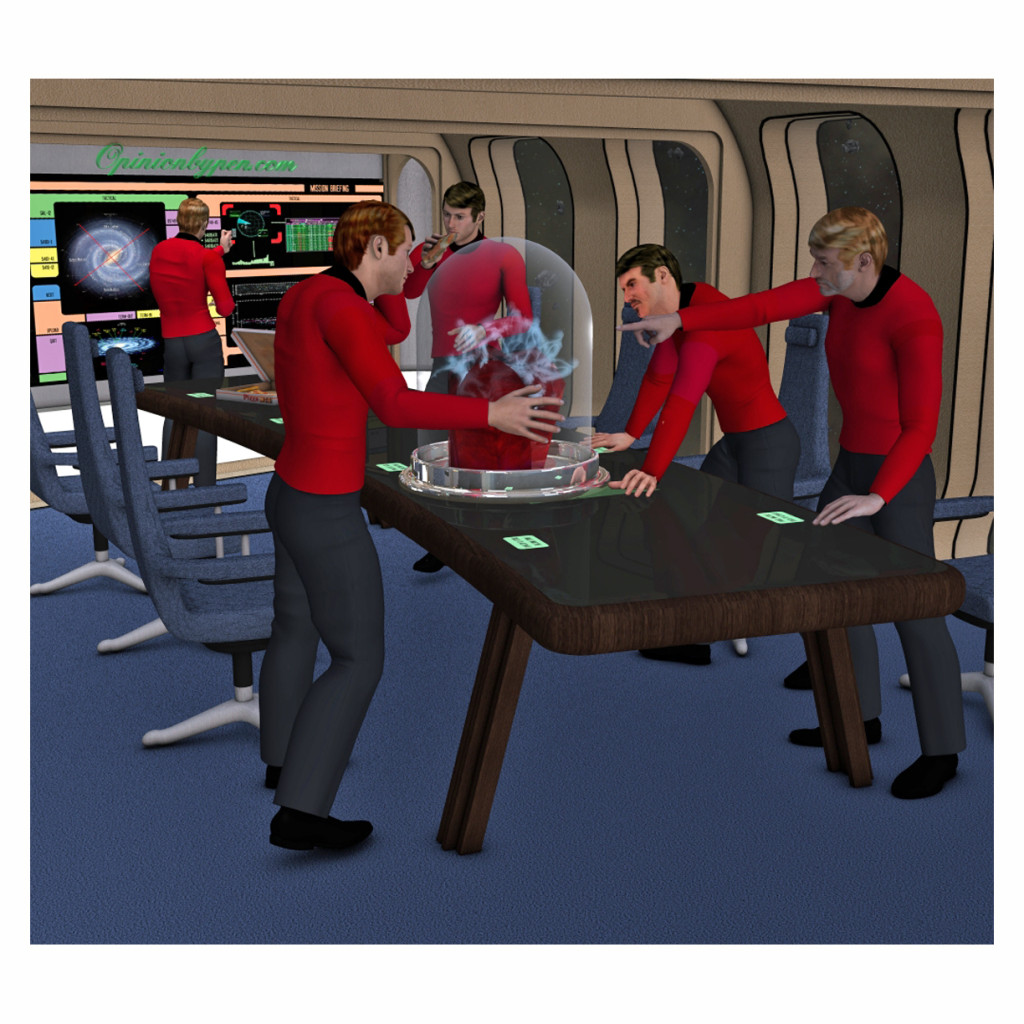 3D Printer In The Home, Useful Or Just A Toy?
Credibility, Amazon Lost It, Goodreads Failed. How Do I Choose My Next Book?
Probability, Statistics and Udacity
Where I Admit I Made A Mistake About Congress