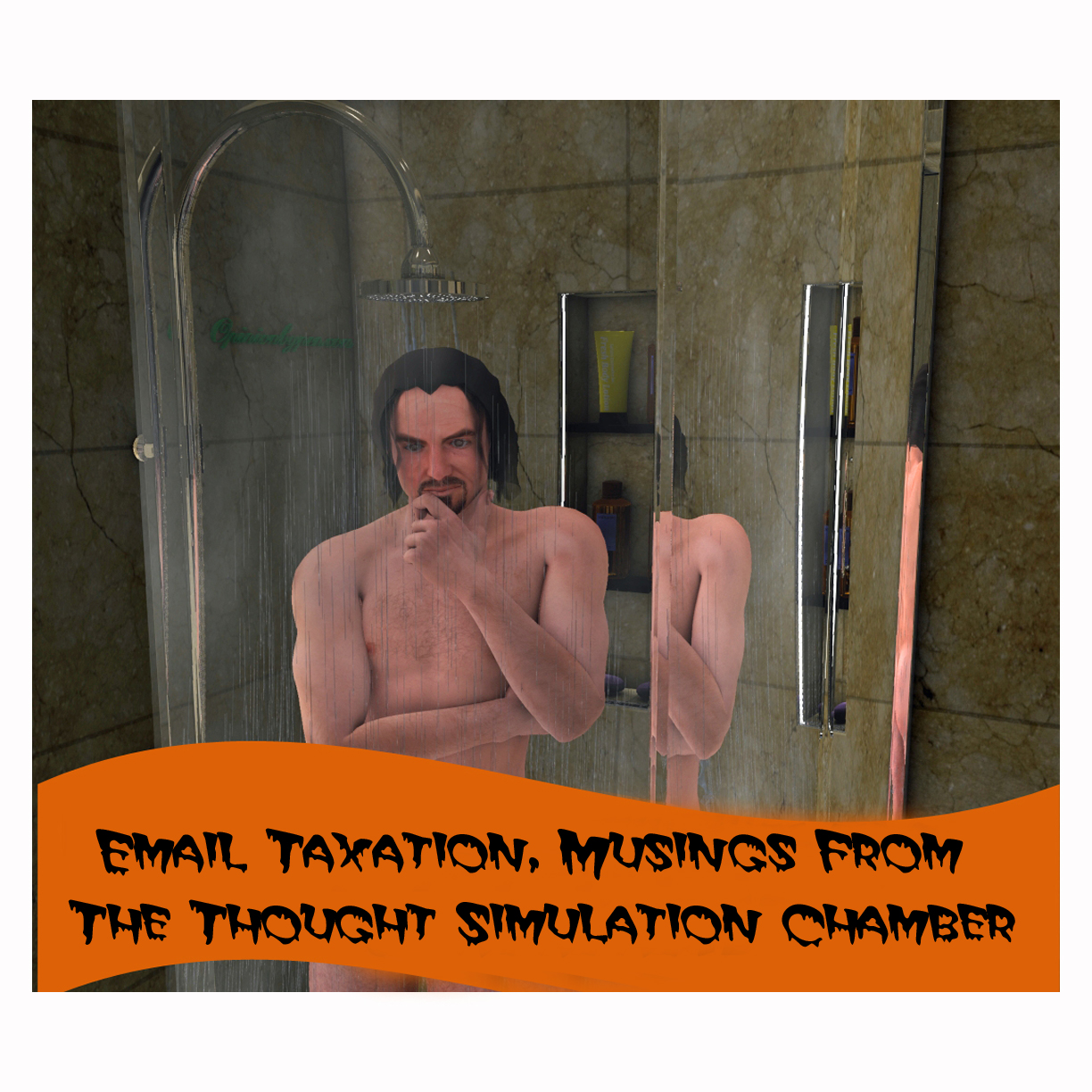 I’m going to make a suggestion and please hear me out before you call on your fellow villagers and start lighting torches. I want the government to start taxing email. Wait, put away those lighters, I do have a reason. With approximately two hundred billion emails sent every day and assuming that one tenth of those are sent inside the USA or to the USA, we would have a billion dollars of additional income every day simply by taxing email at five cents each.

Why would I even discuss such a heinous idea? Assuming my alarm goes off as planned, I have a very routine morning. After I’ve taken care of the dogs, I check my email, the Opinionbypen visitor logs and any news that broke during the night. Once I feel caught up, I head to the shower. Today’s email was a normal mix, out of the thirty messages, five of them were actually welcome. The rest were a mix of spam, phishing attempts and scams.

In fact, my typical email consists of dire warnings about Facebook messages about to be deleted, notifications about important WhatsApp voicemails, offers to sell me drugs of various types and a sundry of advertisements for junk that I wouldn’t buy even if I trusted the source. I also get emails telling me my bank account is about to be closed or my World of Warcraft account is about to be suspended. I even get messages telling me that my email account is about to be suspended unless I log in immediately and prove that I was me. Oh, I almost forgot that crate containing twelve million dollars waiting for me in a Florida Customs warehouse, all I have to do is send $353 to cover handling charges.  Obviously none of these are from legitimate sources.

Maybe it was a lack of visitors this morning that sent me to the Thought Simulation Chamber (aka the showers) with email on my mind. Despite all the noise the major Internet players make, we still have issues with spam and despite the fact that phishing attempts create one of the best opportunities for hackers, little has been done to make it harder to spoof your email. Outdated as it is, I still use Incredimail simply because it allows me to see the real sender of an email without having to open the email.

Think about it, would five cents each stop you from sending any emails? Probably not, but it would certainly clean up your mailbox. If these spammers had to pay for all their emails it would probably put them out of business.

I’m not naïve enough to think that it would be that simple, just announce the tax and watch the money start to roll in but by making this a tax instead of a simple fee, the IRS and all our tax laws are involved. Somebody hacks your email to send out spam, now it becomes tax fraud and there’s a lot more teeth in tax fraud laws than anti-spam laws.

Phishing? If you’re not familiar with the term, phishing is when someone sends you an email telling you that your account is about to be cancelled unless you log in and answer some questions. For your convenience the email also provides a direct link. Of course that link takes you to a bogus site for you to log in. Once they have your account name and password, your real account is immediately compromised. It’s amazing how well this works.

Under my plan, since the ISPs would probably be the mechanism for tracking the taxes owed, they would have a vested interest in ensuring these emails actually came from where they said they were. Phishing could still happen but with better tracking and higher visibility, it’s unlikely to be nearly as prevalent.

That leaves two big issues, international and company emails. Taxing of International e-mail could be handled through the Customs Bureau. I could do with far fewer international emails anyway.

The only remaining issue is in-house company email. I had to put a little more time in the thought simulation chamber to think about this but the answer was clear, those get taxed too, maybe even at a higher rate. How many times do you see emails going to out fifty names when only two of the people needed to be involved? How many times do you see a reply all when only one person needed to see the answer?

How about those email threads that go on and on with no resolution because the people involved simply didn’t want to take the time to talk to each other?  If your company had to start paying for your email behavior, a lot of this would change.

Personally I think this is a great idea. It would change the face of email and probably force us to do a little more personal interaction. My problem now is how to get heard and then I realized there’s another person out there willing to suggest unorthodox solutions.

Donald Trump, if you’re out there reading this idea, it’s yours for the taking. You don’t have to ask, you don’t have to give me credit (although a cabinet position might be nice), you don’t even have to acknowledge you ever read this blog. A billion dollars of income a day, surely that’s worth a few votes.

Technical Arrogance, No One Is Immune
A Followup to Amazon Polly and My Solar Fountain
A Study in Communication, Webhostinghub
Baby Knowledge, An Important Concept In Being Understood