Companies Not Reading Your Complaints? You’re Probably Dealing With A Chatbot

Ever write to a company about a problem and their response made it obvious they weren’t reading your message? No, it’s not your spouse moonlighting as customer support. Odds are, you’ve just encountered a chatbot.

Chatbots have been around as long as I’ve been interested in computers. My first encounter was a chatbot named Eliza that I used as a demo for the computers I was selling. Although Eliza was nothing more than a script that would repeat key phrases from your questions, I had a hard time convincing some people they were only talking to a computer.

As a young engineer, I even used a chatbot to write a few of my weekly progress reports. Give it the name of my projects, a few details like my demo card burning up and it would spit out a full page report of glowing praise. “This week in a brilliant display of synergy, the BLM control card was destroyed in an excess of current caused by a new paradigm shift in the lab.” I never got called on it, confirming my suspicions that nobody was reading my report.

(In case you have problems translating my report, somebody left the lab power supply at 48 volts and I was too dumb to check for the 12 volts I was expecting. As a result, my card burned up. Lesson learned, now I always check the power supply.)

Progress reports aside, chatbots are nothing more than programs designed to appear as if you are conversing with a human. Most are designed to operate along the lines of a Google search. Parse the question for key words having a response in the database; provide the response and in the cases where the chatbot is complex enough, repeat a small amount of the message to appear that it is reading your message. Some of you will already recognize this behavior in your spouse. I’ll repeat, your spouse isn’t moonlighting as a chatbot, it only appears that way.

Chatbots have come a long way since Eliza. Some excellent examples of our time are Siri, Alexa and the Google assistant. Despite appearances there’s no intelligence there. These programs are simply following a script.

As smart as chatbots appear, large companies pretending they’re interested in customers probably don’t want to use a chatbot in responding to poor reviews. The other day I was reading reviews on an unnamed CPU cooler I was considering for use in my next computer build. In this case, the reviewer was complaining about the logo on the waterblock looking like it had been painted by a ten year old using a leaky spray gun. He went on to say that when he complained about the appearance, the company only seemed to read parts of his complaints.

You guessed it, the company in question responded to his review with a number of tips on troubleshooting the cooler. Nothing was said about cosmetic issues. That’s a chatbot for you. I took that company off my short list. If I do have problems, I don’t want to deal with a chatbot until I can convince it to allow me to talk to a human.

I’ll admit I feel insulted when I call for tech support and the person on the other end of the line says in a thick Indian accent, “I’m Bob, how can I help you today?” I know he’s not Bob and we both know I can’t pronounce his real name but the least he could do is give me his real name and suggest i call him Bob. This way I don’t feel he thinks I’m so dumb that I’ll assume he’s in the US if he uses an English name. Think about how I feel when I realize that a company thinks I’m so dumb I won’t recognize a chatbot.

Some companies have started to let you know you’re talking to a chatbot. I appreciate that and recognize there’s a lot of good reasons to use chatbots. They don’t get insulted; they work long hours and over time they get better at understanding you. However, they don’t give the impression you really care about your customers.

Unfortunately, I don’t think you are reading this because you’re the CEO of a multimillion dollar company trying to decide whether or not to use a chatbot for customer service. It’s more likely you’re somebody at their wit’s end trying to get a chatbot to give you an answer you can use. Here’s where I can help.

My tips for dealing with a chatbot:

As somebody who’s gone through twenty pages of Google just to find an intelligent answer to a question, all I can say is good luck. We all need it. 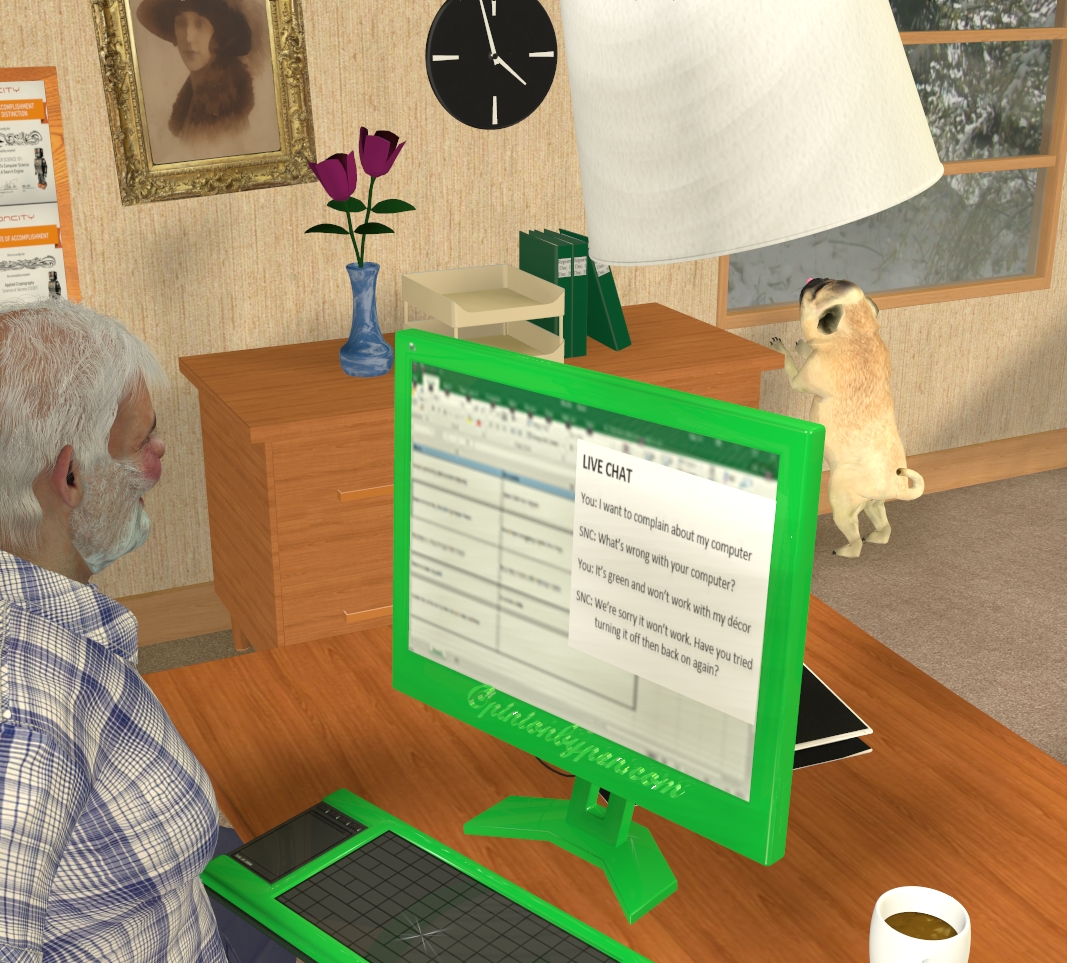 Opinionbypen Hits 10,000 Views
Shelby, We Miss You
Do Dogs Have Psychic Powers?
Improving My Writing Means I Have To Write