The Solar Fountain, A Case Study In Poor Planning

Ask anyone in the engineering profession what the most important phase of a project is and they will tell you planning. Okay, a few of the engineers already embarking on a career of management will say funding but they’ve already gone over to the dark side. I can safely ignore them. Even those engineers will admit that once the project is funded, planning is necessary. With all of us agreeing on the importance of planning, why do we always jump into designing or building before we start planning. Experience already tells we’ll have to start over.

This failing isn’t limited to engineers. Writers, programmers, artists, all of you know what I mean about planning. Painting yourself into a corner isn’t about bad painters, it’s about a lack of planning. I believe it’s because we feel we already know what we’re doing and see planning as a waste of time. I believe strongly in planning but I’m not above falling into the same trap. As ridiculous as it may seem, the example I’m telling you about is absolutely true. 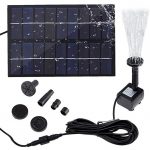 Personally, I blame this one on Amazon. One of their lightning deals was a solar powered water pump designed to spray water in the air. Only ten dollars If I purchased it within the next twenty minutes. Notice the deadline in time to prevent me from planning? Just like they intended, I thought something like that would look very nice in my wife’s garden and made the purchase.

My ten dollar solar fountain worked quite well but the pump had to be placed in water and any kind of wind caused the water to spray out of the water reservoir. I needed a lot more surface area for the water. Somewhere around now, I realized that simply digging a hole in the ground was not going to provide the small garden pond my fountain needed.

A few days of research later, I found a 20 gallon pond liner for only twenty dollars at Lowe’s. This was going to be easy. Just dig a 2 foot by 2 foot hole with the tractor, drop the liner in and add water. See, I’m still avoiding planning.

Black plastic looks really unattractive just jutting out of the ground. While I was at Lowe’s, I decided I would add stone edging to hide the plastic. I was still uncomfortable with the spray but a small change in my design and I could use a small jug with a water inlet at the bottom, conveniently sold by Lowes. If it sounds like my plan was beginning to gel, you would be mistaken.

My ten dollar fountain had been great for spraying water, but only produced a small trickle out of the jug. Time to upgrade. Fresh from my success with the solar powered chicken coop fan, I thought I knew what I was doing. Back at Amazon, I found a submersible pump requiring about 1/3 amp and added a 10 watt solar panel. I didn’t need the fountain to work through the night, but I wanted about two hours after the sun went down. In an attempt to save money,  I recycled the battery from a portable jump starter that refused to charge.

About day five, I noticed my water was full of mosquito larva. I could have handled it chemically but I have a lot of wildlife I didn’t want to poison. I tried the apple cider vinegar method but after pouring almost a gallon into the pond, the larva were unfazed. Without considering the ramifications of adding more animals to the farm, I immediately jumped to the idea of live fish.

I used to keep tropical fish and I thought I knew what I was doing. Using the pump I already had, I could create a decent under gravel filter by adding a small plastic platform and some gravel. The turbulence caused by the water falling out of the jug would also oxygenate the water. Keeping the water oxygenated meant I needed a larger pump (1/2 amp) and a larger solar panel (20 watts). I have to wonder if someone at Amazon was laughing me.

Here’s where planning would have paid off. If I thought about it, I would have cut my losses, filled up the hole and admitted to my wife that it was a bad idea.

Undaunted by reality, I carried on with my new pump and the under gravel filter. Cloudy at first, within hours the water was crystal clear. It was a success. I let it run a few days to make sure it was working properly but when the larva reappeared I knew it was time for the fish.

I started with six goldfish.  Within hours the insects were gone. Who needed planning? That thought lasted almost a full day. my battery wasn’t able to drive the pump through the night. I tried a bigger battery but my solar panel wasn’t able to fully charge it. I wasn’t about to quit now so I upgraded to a 50 watt solar panel.

Had I done some planning I would have discovered that while my battery had the amp hours to run all night, it only provided then at a lower discharge rate than my pump required. I was probably getting less than half of the rated amp hours. Likewise, I was using a cheap solar controller with poor efficiency. Upgrading my solar controller was my next step.

My wife tolerates a lot from me but as she frequently reminded me, this was her garden area, not a lab for failed experiments. I put all the electronics in a junction box i intended to attach to the fence. Opening the box on a daily basis to swap out batteries was too difficult so I went to a larger enclosure with a snap fastener. My new enclosure was too large for the fence and I ended up with a big fake rock to house everything.

So, to recap. My original, unplanned surprise for my wife was a small solar fountain capable of projecting water about 6 inches into the air. Total cost $10. 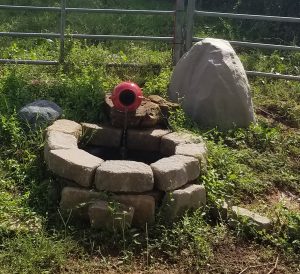 What I ended up with was a 20 gallon pond, complete with four fish, and a small jug continuously pouring water back into the pond. To achieve that, I had to upgrade everything at least once and in the case of my solar panel four times. Total cost, hmm, my wife reads this blog, I’m only admitting to well over $200. Talk about budget overruns and scope creep. I should run for Congress.

I also had to explain why I tied up a corner of her garden for three months instead of the one day I had planned.

Not only that but during long periods of overcast days, I still have to swap out batteries. I’m also fighting an algae bloom caused by the direct sun. My fish don’t seem to mind but you would think they were in witness protection the way they use the algae to hide.

The next time you read about a congressional or local project with huge overruns, think about my cautionary tale. Scope creep and a lack of planning will cost you every time. 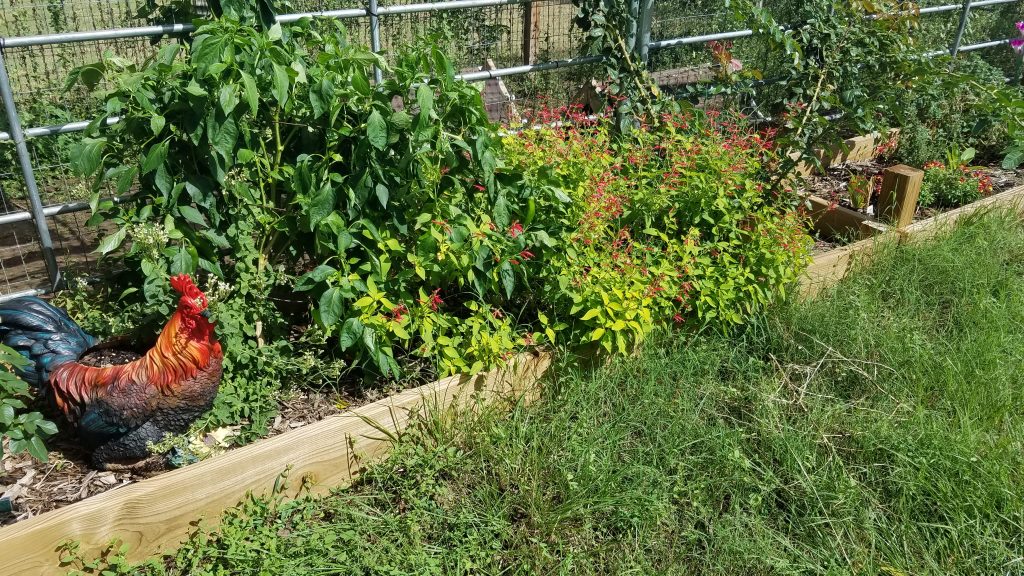 My wife’s garden when it’s not under construction

You knew my wife would demand a penalty for late completion

Windows 10, Microsoft Doesn't Get It
SEO, How You Got Here Without Intending To
Men And Their Toys, My 3D Printer
Dear Engineer Who Ignores  My Words