Shelby, We Miss You 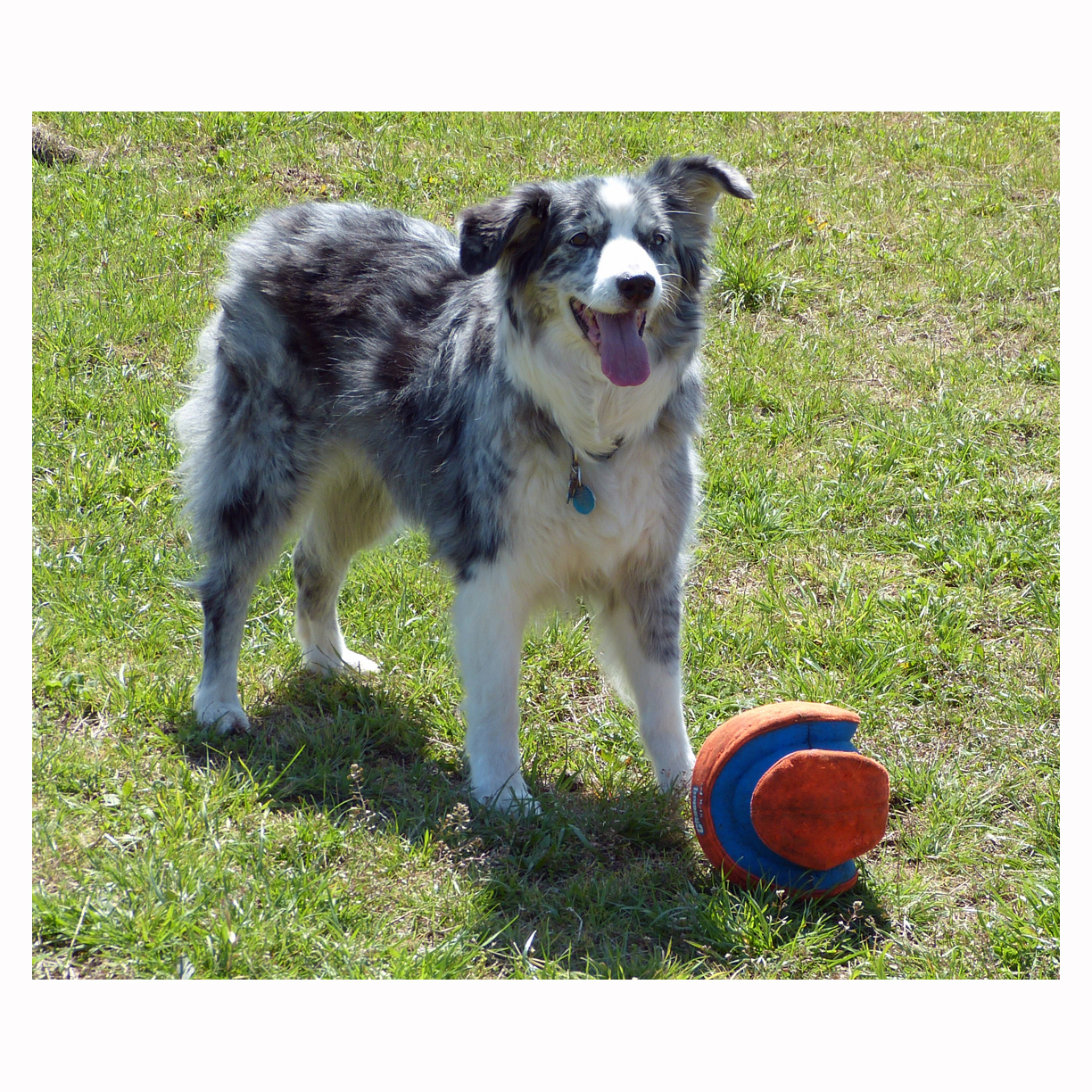 Our first and oldest Australian Shepherd, Shelby, died early Monday morning. Her death was a natural one brought about by old age. We knew it was coming but the knowledge did little to soften the loss. She spent fifteen too short years with us, having joined our family as a rescue at the approximate age of two.

When I started this site one of my goals was to open up as a person and express my emotions. Speaking as an engineer, it’s not that I don’t have emotions, on the contrary, I have a lot of them but I have no idea of the range of socially acceptable emotions. Over the years, I’ve become so adept at suppressing and controlling my emotions that it’s difficult to express them. It’s that very skill that causes my opening paragraph to sound more like an obituary written by a mildly disinterested person rather than someone who misses Shelby on a daily basis.

I considered not writing this post. After all, this isn’t my first post on Shelby. She impressed me so much I’ve already written a post about her, Shelby, The Reason I Have Australian Shepherds. While her death is a major loss to her pack, humans included, odds are that you never met her. Still, not writing about her death would be an attempt to hide my emotions. Conflicting emotions here, should I write about how much I miss her, how even minor things remind me of her absence, causing microbursts of sadness, thus focusing on my emotions or should I regale you with stories of what a good companion she was and allow you to share my sorrow at her loss? 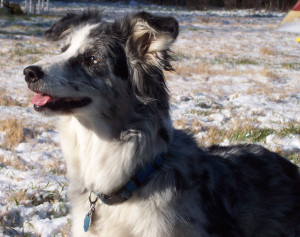 Truth to tell, when Shelby first joined our family, neither of us was impressed with the other. As an Australian Shepherd she was smaller than the breeds I liked. Based on her previous experiences with human males, she felt I should be avoided as much as possible. Fortunately for both of us, we were soon able to work out our differences.

Okay, after 20 games of solitaire, seven episodes of “To The Manor Born” and a full bag of Cheetos later, I admit to myself that I’m stalling. I accept that this post isn’t going to impress my readers with my elegance or technical knowhow but that’s not the reason I’m stalling. I simply don’t want to put my thoughts down because this post will give a finality to Shelby’s life. 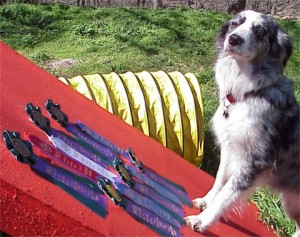 Although Shelby was not exceptional as an agility dog or as a companion dog, she still become a cornerstone of this family. When I came home she was always there to greet me. As her age progressed, she still made it a point to greet my wife and me when we came home. When I was upset or depressed she would come over to calm me down. Of course, considering that her technique was to use her nose to toss my hand onto her head to scratch her, I’m not sure who was doing the calming and who was being calmed but it worked.

She always hated loud voices and loud noises so she was the first to tell me to turn down my television when my wife was gone and I was enjoying Die Hard a little too much. On the other hand, she enjoyed it when I played my Audiobooks out loud and never commented on my selections. 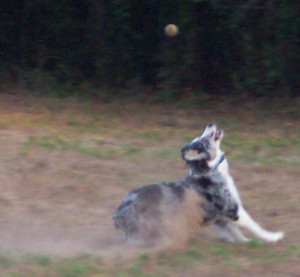 When her advanced age prevented her from chasing a tennis ball, she claimed the soccer ball as her toy of choice and would bring it over for us to kick, using minor shifts of my body to anticipate which direction I was going to kick it. Handicapped by her age and failing eyesight, she was still remarkably successful at the game she defined. Age was not going to be a barrier to playing with her family.

Fourteen years of love and companionship builds a lot of memories. We were fortunate that she joined us around the advent of digital cameras, both my computer and this blog are full of pictures chronicling her life with us. Still, while the pictures remind me of her, it’s the daily routines that remind me how much I miss her. 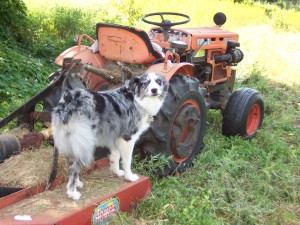 Ready to start the day

Despite our rocky beginnings, I have cause to miss her every day.

How To Convince Your Spouse You Need A 3D Printer
ESD Training, A Poser Opportunity
Risk Reward Analysis And How to Influence Your Engineer's Decision
The Demise of the PC, Where I Blame Everbody