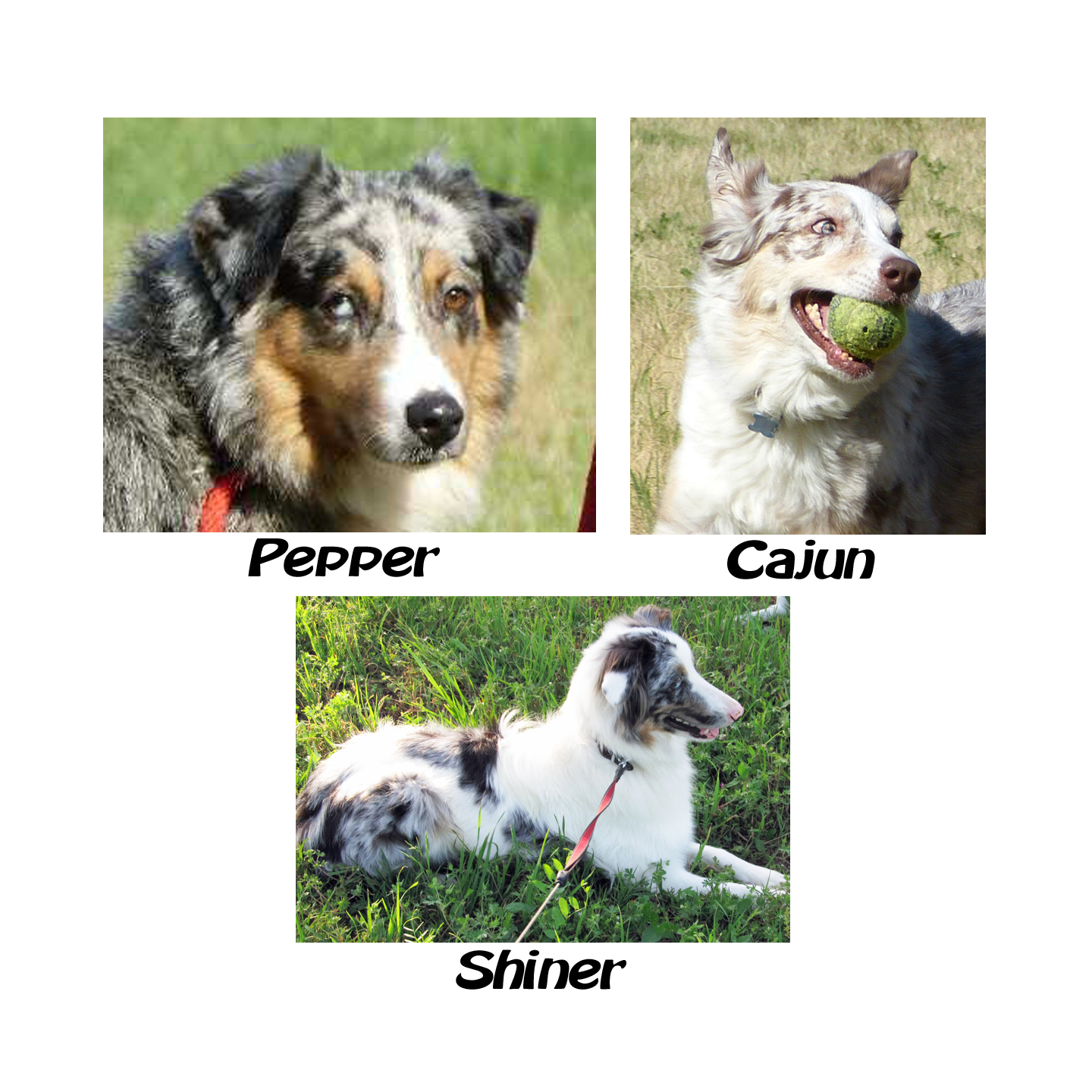 I’m mad and worse I find myself exceedingly frustrated because I can’t express the full depth of my anger. All my life has been suppressing anger in favor of calm rational analysis. No, I don’t pretend to be Spock but I do believe anger can distract from the message. Wanting this post to be written in anger and vehemence I’ve asked my wife to help. Puzzled agreement. 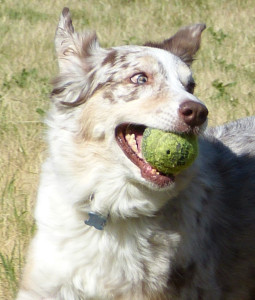 Several posts ago I introduced Cajun. She came to us after 4 years as a production unit at a puppy mill. I called her a production unit because that was all she was to them. She came to us infested with heart worms and not knowing how to play. Sounds of breaking dishes and muttered curses. Her previous owner was only concerned about how many puppies could she produce. Then she could become someone else’s problem. The rest of the story is in my post.

My wife also fosters Australian Shepherds for ARPH, www.aussierescue.org. When the organization hears from a shelter, they evaluate the temperament of the dog, the health of the dog, available temporary homes and if all comes up favorable, they bring the dog into a foster home such as ours. The organization takes care of any health issues and starts trying to place the dog in a compatible home.

I’m starting to see a theme though. Cajun came to ARPH because of her health. The puppy mill owners saw no reason to spend money on preventative medicine rather than take care of her, they made her someone else’s problem. 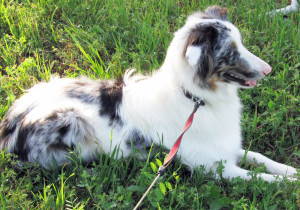 Let me introduce Shiner. Shiner was the result of a breeding that should never have happened. In Australian Shepherds breeding a merle to a merle often results in death, blindness, or deafness.  I don’t know Shiner’s back story but he came through our home about a year ago deaf as a stone. The breeder had no idea what they were doing or were too lazy to care. Shiner became someone else’s problem. Louder curses, sounds like German, something about lower levels of Hell.

Fortunately because of their familiarity with the problem, ARPH was able to find a good home for Shiner. 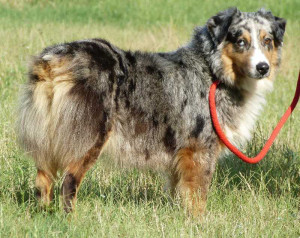 Finally I come to Pepper. She represents my breaking point. Pepper came to ARPH’s attention as a dog that had been surrendered to the shelter, along with her sister, because the boyfriend didn’t like the dogs. Pepper came to us lame and very depressed. A trip to the vet gave us a different view of her life. Her lameness was caused by a torn ACL that had been with her long enough to start causing muscle loss. She was heart worm positive and had recently had puppies. In other words, she had served to produce puppies and then became someone else’s problem. Mumblings about Karmic justice, intelligence of a fruit fly and something about hordes of marauding Orcs.

She has no clue what a ball is for, she doesn’t know how to play. She wants to.  After a week with us, she will skip out to greet me when I get home (her lameness causes her to skip on the good leg). She still doesn’t know what Milkbones are for but she’s happy.

I’m not writing this to get a home for Pepper. I’m not writing this to get you to donate money to ARPH. While both of those would be greatly appreciated, www.aussierescue.org, they do nothing to stop the root cause. By the time this is over ARPH will probably have to spend over $1500 on Pepper. The person selling her puppies probably got half that in selling her puppies. Since the breeder wasn’t protecting Pepper from heartworms, we can assume the preventive care the puppies got was marginal. It’s hard explaining to the kids that their new puppy is going to die because it never got shots. Then again, they might decide the treatment is too expensive and let it be someone else’s problem. Infestations of chiggers and  a few things I really can’t print, @$^#()&^^ #&$&$ !!!!

The only way to stop this is to stop buying from backyard breeders. While you’re at it, stop your friends, family and co-workers. I’m sure there are good responsible backyard breeders out there. I also buy lottery tickets. The odds are similar.

A dog will literally forgive you for almost anything. They want to be loved and be part of your pack. Sundae knows when I’ve had a bad day at work and will jump into my lap working to cheer me up. With that kind of affection it’s easy to get attached. So why would I go to a stranger with no credentials and buy a dog? I certainly wouldn’t buy an iPad from a stranger.

Stop buying from the backyard breeders, stop incentivizing them to make it someone else’s problem. Cajun, Shiner and Pepper are all great dogs but what they’ve been through to get here, I wouldn’t wish on a dog.  I won’t be wasting any tears on the backyard breeders that go out of business.

Given her nature, I wasn’t surprised that Pepper caught someone’s eye. It did surprise me that that someone was my Mother-in-Law. Pepper has completed her heart worm treatment and was ready to start a new life at her forever home. Is it just me or does she look very happy at her new home? 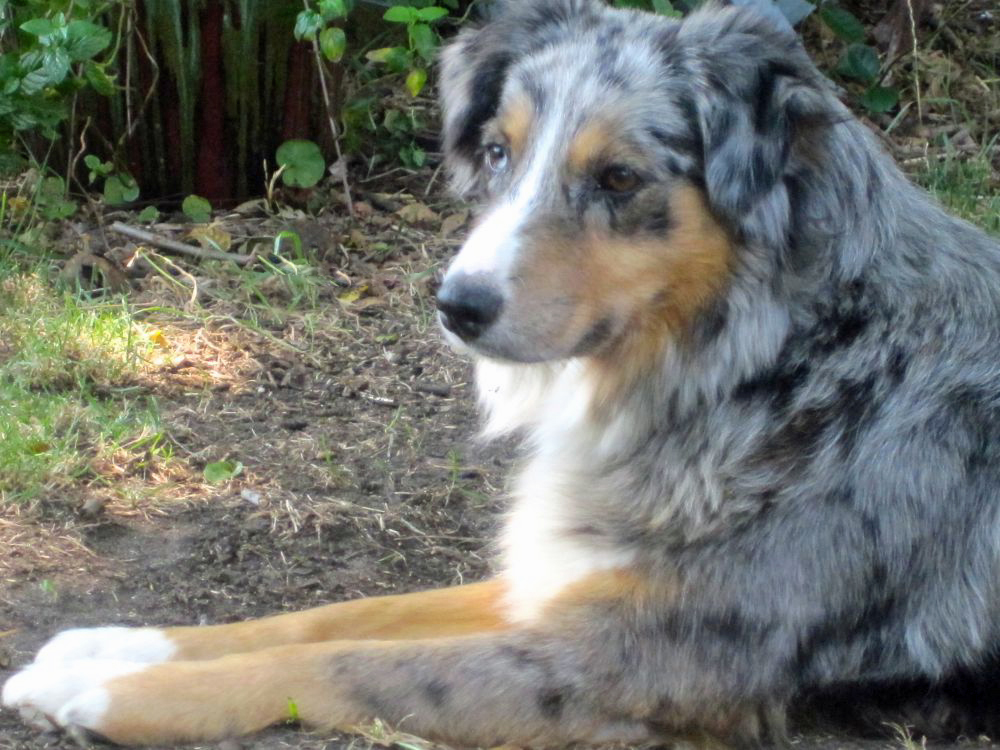 Making Decisions Based On Website Data
The Solar Powered Chicken Coop Fan Project Revisited
The Art Of Communication, Let Your Audience Dictate How You Say It
Food Scout