Shelby, The Reason I Have Australian Shepherds 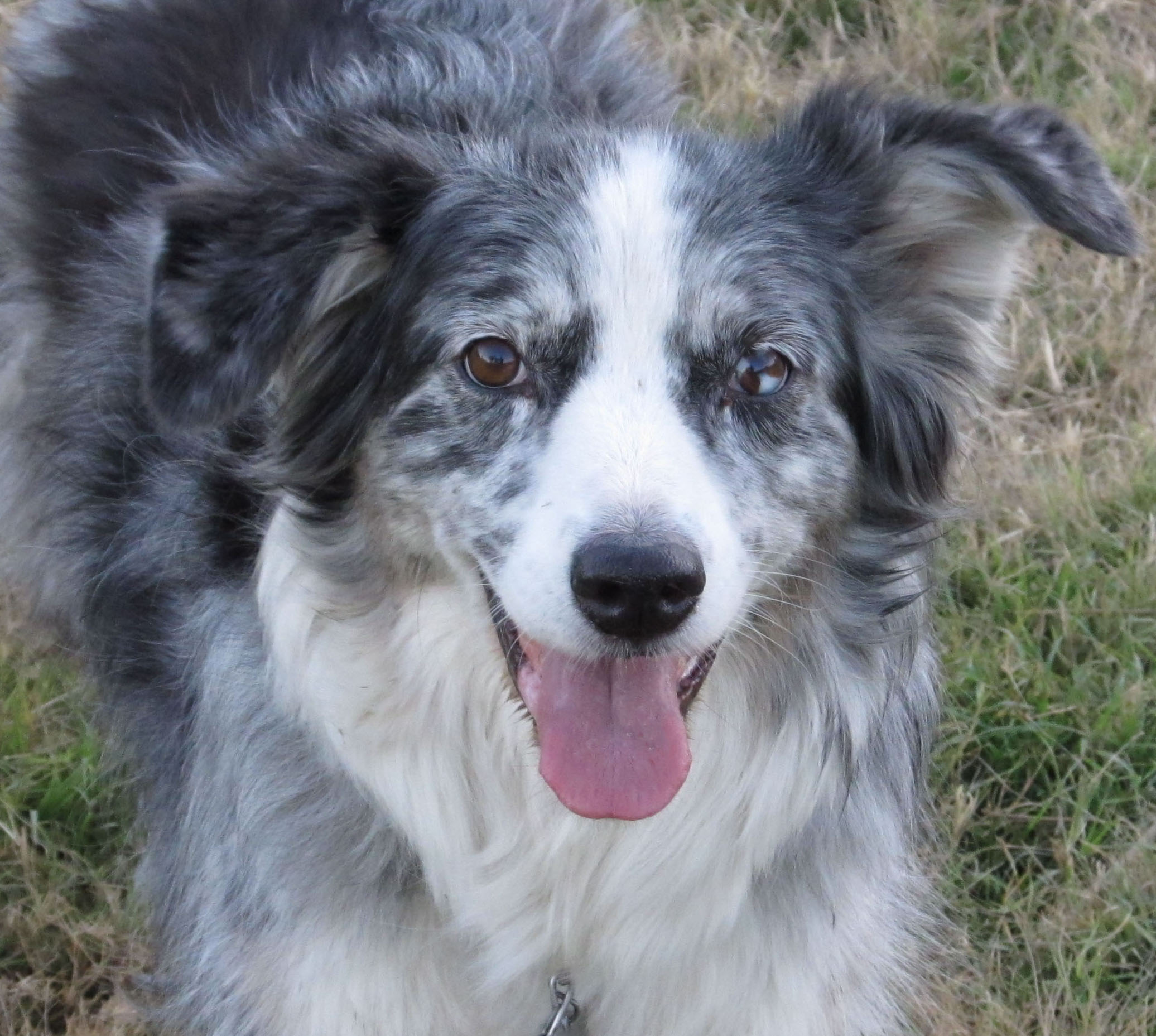 Given a number of choices, each having equal weight, I tend to use minor factors to decide rather than make a totally random choice.  In this case a post on Shelby won out because she looks really good in the previous post with my wife.

Shelby was and still is our first Australian Shepherd. She was a rescue, having run away from her first two homes. In both cases this was probably because she was alone and bored. We were warned that Australian Shepherds are smart and full of energy. She would need regular exercise and companionship. My wife learned about Shelby while taking our Chow to Agility class. That’s probably enough for a whole post right there but while barely willing, our Chow saw no reason for speed. Shelby, on the other hand, loved agility. She got exercise, lots of time with my wife and met lots of strangers who gave her almost all the affection she wanted. Life was finally good for her.

We don’t know her age but it finally caught up with her. At the Agility shows she still enjoyed the first run of the day but after that she was ready to come home and relax. With each successive run she would get slower and slower until she was walking the course. She was ready to retire from agility.

When my wife saw that Shelby was no longer having fun, she let her stay home. At first this was a problem, she might not want to run but there were still a lot of nice people at these shows. Over time she got used to other dogs going to the show while she stayed with me.

This did not mean she no longer wanted any exercise. Shelby came to us knowing how to chase a tennis ball but we had been warned that she was wary of men. It took a few weeks before she fully accepted me and was willing to play with me. Once she accepted me, she demanded playtime on a regular basis.  Her toy is a tennis ball and when I have that ball in my hands she’s totally focused on that ball. When I throw it, she will catch it. She doesn’t chase it as many times as when she was younger and I’m careful to throw low to reduce the impact on her joints.

Shelby always assumes she’s in trouble. If we are scolding one of the other dogs or if my wife gets overly excited during a TV show, Shelby assumes she’s in trouble and pushes in for assurance that we still love her. It’s impossible for my wife and I to argue when Shelby is around, once our voices are raised or sound stressed Shelby is right there seeking assurance that we’re not mad at her.  That’s not to say that she never gets in trouble, she’s been known to counter surf a few times.

Shelby does have one very strange trait. We live in the country with a fair number of coyotes and even a couple of bobcats nearby, so the dogs stay inside at night. Shelby does occasionally need to go out in the middle of the night and always wants it to be me that lets her out. My wife has even taken her to the door to let her out, only to be rejected. Two minutes later Shelby is again telling me that she needs to go out. We certainly don’t understand why but no longer argue with her.

As I said before, Shelby was our first Australian Shepherd, but she represented her species well enough that we now have three more.

What To Do With An Abandoned Website, FromtheDoghouse.com
Communication As Seen By An Engineer
A Study in Communication, Webhostinghub
Small Talk, How This Engineer Learned To Enjoy It