Vampires, They Exist and Their Numbers Are Growing 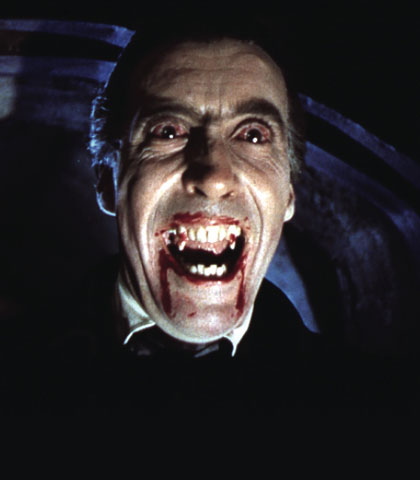 There was a time when Science Fiction described different worlds, aliens, spaceships and ray guns. Sometimes the science was a thin veneer for the author’s own social/political views but even those were usually entertaining. Not quite Science fiction but close enough to be stocked with the Science Fiction were the Swords and Sorcery novels. Tolkien with his rich vision of wizards, elves, dwarves, hobbits and halflings, changed all of that. Now it’s called Science Fiction and Fantasy and I fully enjoy both.

If you looked at my Kindle library you would see almost an even split between Science Fiction and Fantasy. The genre is constantly evolving, trying to stay socially pertinent. I don’t expect to like all the changes but I can’t describe how much I hate the current direction. Without warning, my elves and dwarves have been pushed aside by the undead, usually romantically inclined vampires.

To me, vampires belong in the same category as leeches, ticks and other bloodsucking parasites. I find nothing romantic about them.  That hasn’t stopped me from reading and this movement enabled me to discover authors that otherwise I would have missed. Jim Butcher is one of these.

Jim Butcher has written a number of books on a Chicago magician named Dresden. There’s nothing romantic about Dresden except for his love of lost causes. He’s not a vampire, he’s not a shapeshifter, he’s just a human wizard trying to make a living as a detective in Chicago. If you were lucky enough to watch the short-lived TV series and start reading the books you soon realize the series was only a pale reflection of the books. This series shows imagination, variety and a character just beginning to discover who he is. I highly recommend the series for anyone that enjoys fantasy.

Dresden has encountered almost every fantasy being I’ve ever heard about and many I haven’t. Given my feelings on vampires, I find Dresden’s universe to have a very interesting take on vampires. Here the vampires are divided into three categories or courts.

All of them are parasites but each court has a different need. Vampires aren’t limited to blood sucking. This is when I realized that my hatred of vampires was blinding me to the fact that vampires exist and they seem to be growing in numbers.

The concept of White Court vampires is a novel one but anyone that has read any of the active technical forums can’t help but believe White Court vampires exist. Why else do you have so many trolls in the forums making blatantly stupid statement except to cash in on all the emotional turmoil they create? On second thought, these people are a far cry from Dresden’s White Court Vampires. Maybe we can call them Grey Court vampires. Same intent on evil, but nowhere near as focused.

All you have to do is look around and you will see we’re surrounded by vampires. Vampires trying to drain your money,  spammers,  phishers,  tax collectors, grifters, the people that constantly want to borrow a few bucks. Green court? Green seems like way too nice a color for these people.

How about a color for the vampires trying to suck all your free time away? You know the ones I’m talking about, the telemarketers that call you all day long, the survey takers that only want a moment of your time, the chatty neighbor that always comes by when you can least afford the time, the boss that comes by at the end of the day needing that last report, tonight.

How about the patent trolls? You know, the companies that innovate nothing and subsist only on patent suits.  Hordes of vampire lawyers, now that’s an unnerving image equal to any horror movie I’ve seen. Maybe dark maroon to signify blood and evil?

Jim Butcher has open my eyes. There’s more varieties of vampires than the bloodsuckers, there’s a whole spectrum out there. Every one of them focused on what they can take from you.

Where’s Buffy when you need her?

A Celebration
Email Scam or Luckiest Man Alive?
A Look at Beauty Through The Eyes Of An Engineer
Married To An Engineer, A Matter of Convention