How To Identify An Engineer 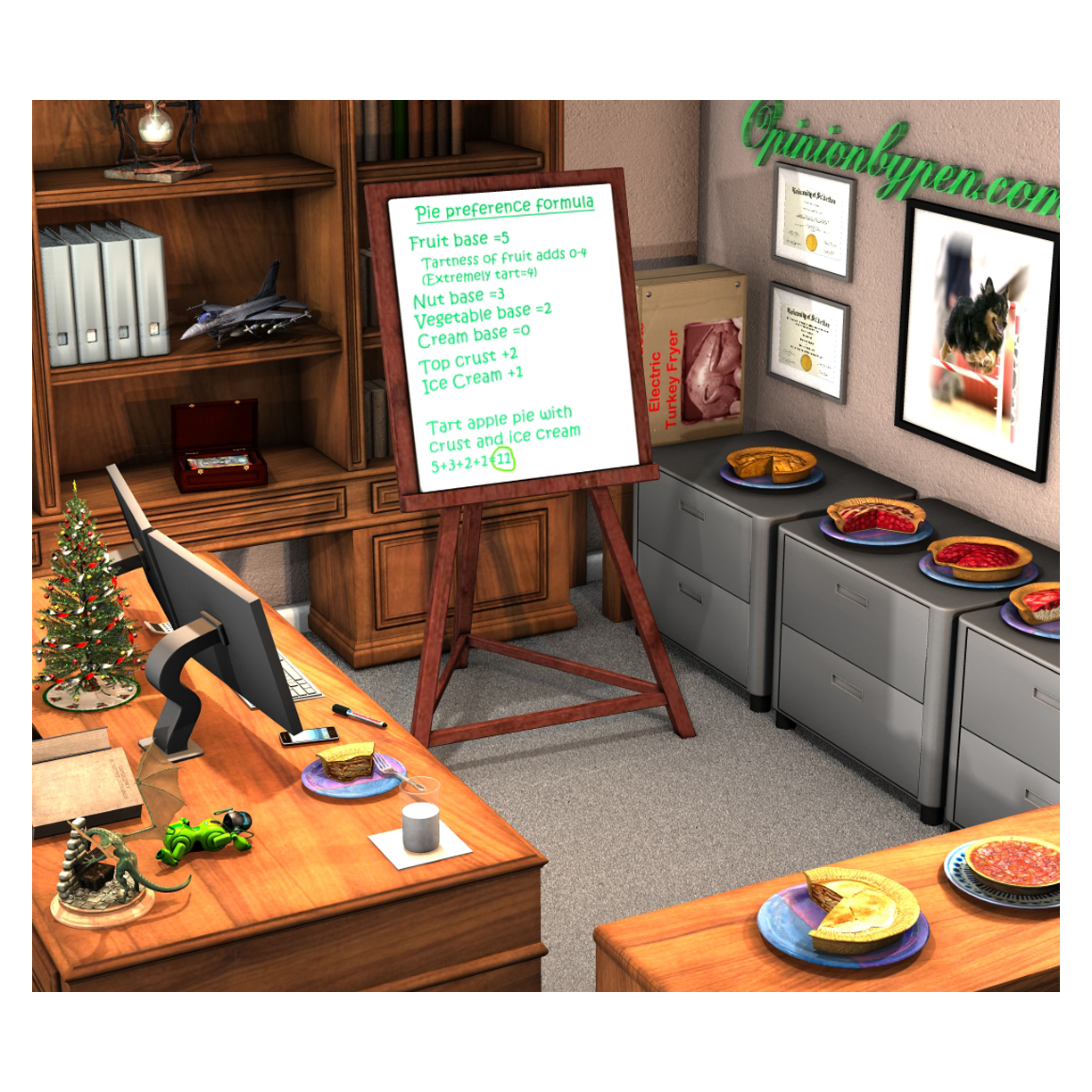 True, engineers do look at the world differently. Last month while I was writing another post my Mother-in-law kept interrupting my train of thought with a series of emails asking my preferences on this and that desserts. I was finding it hard to answer her emails and continue writing so I sent her my formula for pie preferences.

To me, having a formula that ranks my preference for a pie seems very natural. My Mother-in-law’s reaction made me realize that most people don’t use a formula to rank their pies. Maybe engineers do think differently.

Then again, just because I happened to use a formula for my pies doesn’t mean all engineers do. It’s rather obvious that all engineers are not the same. We’re as diverse as the rest of human race but there are certain traits that allow you to identify an engineer.

Let me clear about one thing, when I say engineer I’m identifying a group of people that share these traits. Just because you have an engineering degree or title doesn’t make you an engineer and the lack of a title or degree doesn’t mean you’re not wired as an engineer.

In writing Dilbert, Scott Adams has done a fantastic job of identifying some of the issues engineers have in dealing with the rest of you. He’s also managed to isolate and identify many of the traits we have in common. Even so, it’s worthwhile move outside the comic strip and take a closer look at these traits.

Social ineptitude – It’s not that we don’t know about existing social conventions but given a preference I would far rather study Boolean logic than current fashions. I already know acceptable conventions regarding fashion will change whereas Boolean logic won’t. In engineering terms, it’s far more efficient to acquire knowledge that continues to be useful rather than knowledge than changes with the seasons.

The sad part is that this trait only reinforces itself as we realize that we are falling farther and farther behind in our ability to correctly interpret social convention. Don’t even think of trying to involve me in a “high five.”

Puzzle solving – Engineers are drawn to solving problems. The sad truth is that most of us plan poorly because we jump right into solving the problem. Yes, you could consider continually changing social conventions as a problem and that probably explains social engineers.

I hate to admit it but I have seen many smart managers present well thought out technical solutions with one or two glaring technical weaknesses. When the engineers pointed out the problems, the manager would first defend (we might get suspicious if he failed to deny that the plan had any weaknesses) and then acknowledge the problem while asking for help on those points. The manager knew the engineers would focus on the weaknesses and become part of the team if they were allowed to work the problem.

Extreme intuition – Personally I believe this is bunk. Yes, we can make remarkably accurate guesses give minimal data but that’s just a part of processing all the data. For example, after the pie discussion my mother in law asked me to guess what she just bought adding she didn’t see any way it could go horribly wrong. Given the season, the implied amount of danger and the knowledge that she likes to cook made it logical to guess a turkey fryer. The stunned silence from her confirmed my guess was correct (Alright, I’m bragging here but it was a great guess).

When I look at a new program, I approach it knowing there’s only so many ways a menu system can work. The designers considered themselves logical and there is an underlying pattern. Some of the more exotic functions are not subject to that logic, I’m still struggling with anchoring pictures in Word, but for the most part logic exists.

I haven’t read any more of the manual than you have but when I need a function, I make the assumption that the designer was a logical person and made the interface the way that it made sense for them. You may not like the way they think but the designers are usually consistent.

It’s not intuition, it’s a logical progression of thought. Sherlock Holmes never said he had an inner feeling about the guilt of somebody. He used hard logic and available data to make his deductions.

Arguing – I don’t believe for a second that engineers love to argue any more than anyone else but we do argue differently. Based on the number of hits “How to Argue With an Engineer” gets, many of you feel arguing with an engineer is difficult and frustrating. You’re right. We don’t argue unless we’re sure of our facts. That means our ego is already involved.

We seek efficiency in our arguments. That means we will use logic as our major tool and fully exploit any weakness we see in your point of view. Should you chose to defend that weakness, we will always win the argument. If you agree it’s a weakness and open it up to discussion, you force us to support your solution because that weakness is a problem for us to solve.

Given that all of us have differing levels of these traits, it’s no surprise the engineering community is so diverse. Many of us have learned quite well how to cope with social mores, fashion and small talk. We can overcome all of these traits but one, problem solving.  If you ever want to identify the real engineers in a room, suggest a problem that needs a solution. We can’t help ourselves, we’re engineers.

Why Are We Allowing The News Media To Manipulate Our Opinions?
A Mother's Day Post On Political Change
Communication, Google and a Nexus 7
The Martian Notifier, Another Smartwatch?