Cooped Up With An Engineer For A While? Maybe This Will Help. 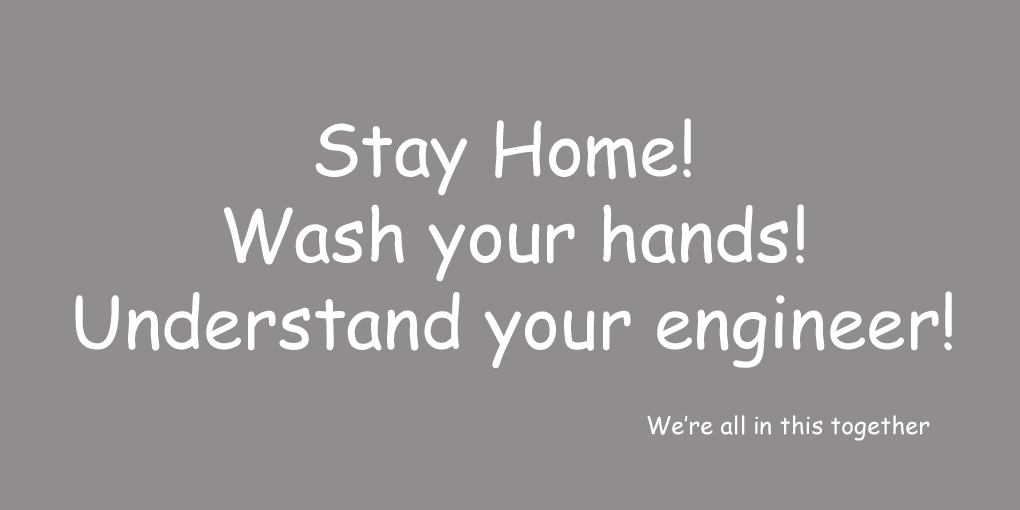 In these times of uncertainty and outright panic, it seems almost irresponsible to publish a post on living with an engineer. I certainly can’t argue the logic behind that line of thinking. On the other hand, the prospect of being cooped up with an engineer for an extended period can also be life threatening. Especially for the engineer. Here’s a few pointers to reduce some of that tension.

Engineers are fascinated by problems. I’ve worked days to solve to solve very minor problems that I absolutely refused to take the easy way out.  On the other hand my workbench is covered with the remains of abandoned projects. The criteria is simple. Problems provide entertainment. Once we understand the solution, it’s a chore.

Several months ago, I got tired of replacing the solar LEDs in my wife’s garden and did some research into making my own replacements. I took what I learned from my solar powered chicken coop and tried to downsize the project. Wrong approach but I learned about energy scavenging circuits, battery charge times and led options. I even wired up a working prototype.

With that kind of success, you would think I would replace all my wife’s garden lights. In reality, it’s become another abandoned project. The why is simple. Once I had a working prototype, it was no longer a challenge. I could run studies on various battery charge times, LED power requirements and solar cell efficiency but all of that is simply taking data. The challenge was gone.

As long as a project retains challenge and forces me to acquire new knowledge or skills, I will continue working it. Once the project becomes a task, it is relegated to a queue of projects that will be finished some day.

There’s not a good way to say this but to an engineer, your gratitude for fixing your left handed carrot dicer is secondary to understanding the implement well enough to fix it. True, many of you have had success by adding food to your gratitude but the overall motivation remains solving the puzzle. Once there’s no more puzzle to solve, there’s nothing to draw my attention.

I can’t speak for the other engineers but everything I learn is fitted into my world view. The wider my experience, the more tools I have to draw on as I progress to more complex problems. It hasn’t missed my realization that this is the same technique used to addict players in most popular video games.

How does this help you deal with your engineer? This is not the time to suggest they go back and revisit some of those abandoned projects. I’ve already explained why that doesn’t help. On the other hand, now is the time to come up with a problem that haven’t been resolved.

Here’s the key to an interesting problem. It has to be based on a real need. It needs to have multiple possible solutions. The solution needs to be verifiable and of course, if you’ve read this far, you already know there’s a good chance the project won’t ever get finished. Good thing that wasn’t your goal.

The American Compliment, It's Destroying Our Credibility
An Engineer Attempts Valentine's Day
A Study In Communication As Demonstrated by Sadie
What Happened To Rewarding Customer Loyalty