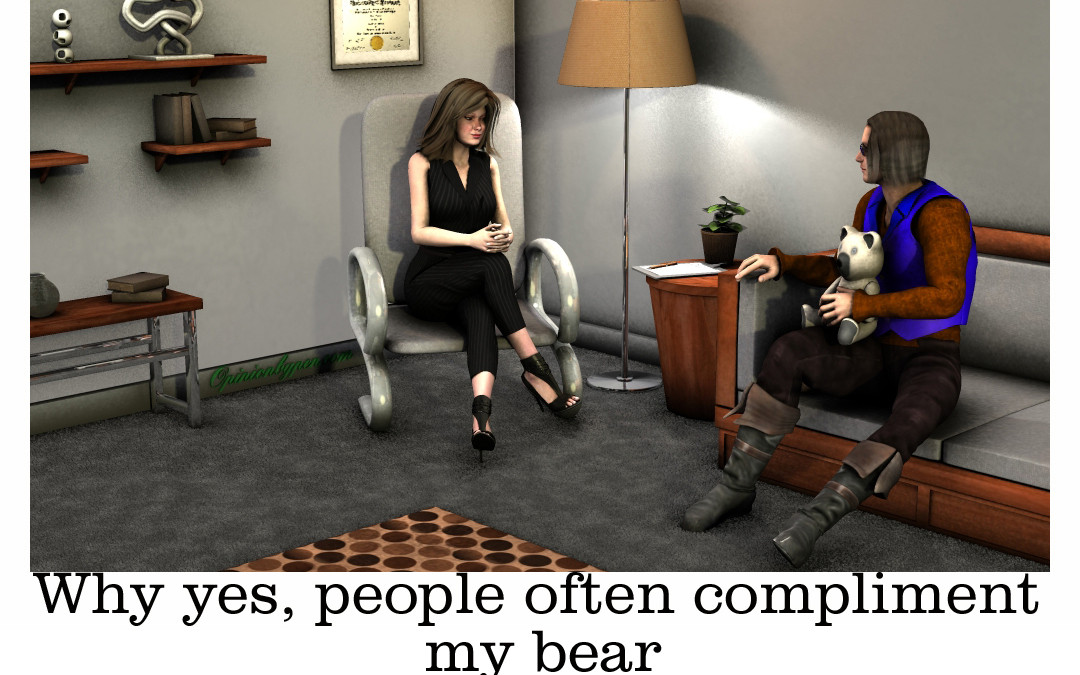 I was given an interesting glimpse into our culture a few days ago. A visitor to our country pointed out that Americans always waste time telling you something good before they tell you how poor your design is. I wanted to rebut him right away but I couldn’t think of anything good to say first. Okay lame joke, but he was right. Political correctness and emotional wellbeing demand we always say something good about a person before we chastise them. In theory it sounds great but I believe the long term effects on our culture are very detrimental.

Take my friend for example, his comment came just after we complimented him and rather than accept the compliment, he was waiting for the complaint.  Come to think about it, I don’t like compliments for the same reason. The moment I hear a compliment, I know I’m about to be insulted. I ignore the compliment while trying to build my defense for the insult I know is coming.

In trying to be nice and polite to people, we’ve almost eliminated the value of a compliment. My friend’s culture tends to be very blunt in their communication. If their intent is to tell you that a four year old could have done a better design, that’s exactly what they tell you. On the other hand, when I receive a compliment from him, I know there’s no followup to worry about.

In some cultures, it’s considered high form to deliver insults disguised as a compliment. How do I deal with that? Anything they say to me is suspect. Even if it’s a real compliment, I’m going to spend time trying to understand how I was insulted.

It’s not like compliments are easy in the first place. Endless training from HR has taught me that while I can compliment a woman on her clothing or hair, it’s best to keep my opinions to myself. Sorry HR, I was paying attention, it’s now women and men. I understand why the guidelines exists but I feel it’s a shame it’s come to that.

Cultures and HR aside, I also tend to filter compliments through a capability filter. Do they have the capability to understand the complexities behind the compliment? I phrased that poorly, let me try an example. My demon skull with LED eyes received a number of likes on Thingiverse and everyone there understood exactly what I had contributed, making those compliments much appreciated.

My Mother-in-law doesn’t understand exactly what I contributed to that design, she likes the effect. While I might appreciate the compliment, I have to share it with the original designer of the skull, the designer of the proximity sensor, the first person to use LEDs as eyes and so on. My only contribution was to put all the elements together.

She has the same issue. She sews custom clothing and has her own website. I can compliment her on the dresses she sews but what was her contribution? She only selected the fabric, someone else designed the pattern. The outfit is based on a standard pattern that someone else designed long ago. Telling her it looks nice is almost an insult.

What I don’t have the capability to understand is the difficulty in cutting the fabric so the pattern remains uniform across the garment. Nor do I understand the difficulties in doing a blind stitch so no trace of the seam remains. Or the, oh so slight, modifications to the pattern that allow it to drape correctly. She rightfully takes pride in every one of those things. Telling her the dress looks nice ignores all those issues.

After she read her preview copy of this post, my Mother-in-law, being the true businesswoman she is, pointed out that the most sincere compliment was when someone bought her clothing. I can’t argue with that point of view.

I’ve been the focus in enough design reviews to realize that I don’t need my ego stroked before they tell me that I neglected to tie the power bus to the rest of the circuitry (actually happened). If you intend to tell me how bad my writing is, don’t feel the need to tell me I managed to spell most of my words correctly.

I’m not going to change American culture, but I suggest we stop giving weak praise where none is due. It doesn’t lighten the sting of a rebuke and only serves to weaken the impact of the compliments we do give.

When you give a compliment, consider what you are complimenting. What makes it special?

In my plan for 2016, I mentioned I was going to do more to promote my short stories. This week I posted A Question of Balance to the Kindle writers forum. I want to get past the, “it’s a nice story,” and, “it’s not the type of thing I read,” to see what other writers think about my writing. As supportive as that community is supposed to be, I don’t expect them to feel the need to compliment me before telling me what they really think.

Think about it, give your compliments the impact they deserve.

Agility and Your Dog
Technical Arrogance, No One Is Immune
The Sunshine Greenhouse, a Six Hour Project
Married To An Engineer, The New Car