Sometimes the Engineers Get It Wrong, TPMS 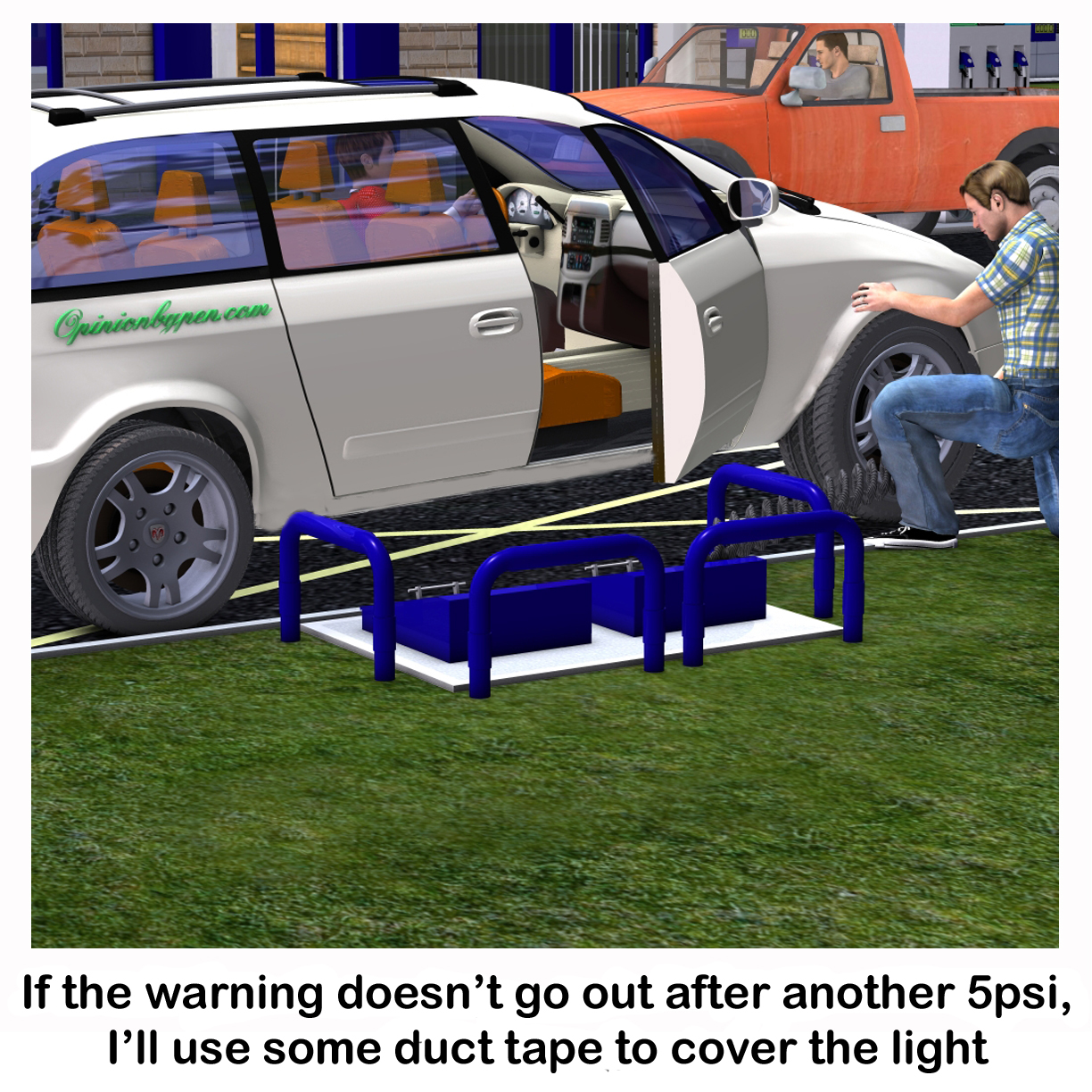 Yesterday the TPMS warning for my wife’s canine roadshow, AKA known as a Dodge Grand Caravan, came on. In case you’re not familiar with the term, the TPMS is your tire pressure monitoring system. Now my wife’s relationship with tires is the stuff urban legends are built from, her tires attract more nails than a magnet. If anyone needs a TPMS she does but we’re beginning to question the implementation.

Why am I discussing the TPMS? Although it was mandated in 2000 by Congress, they gave the automobile manufacturers eight years before the system became mandatory for all vehicles sold in the USA. With eight years to implement it, the multitude of expensive and misleading solutions is one problem I can’t blame on Congress. Still, given the number of different solutions that meet the requirements of this Congressional act, I have to wonder if Congress really cared about your safety or just wanted the appearance of doing something good. With all those different implementations, not understanding how it’s done in your vehicle could be detrimental to your safety.  I might be wrong but I’m guessing you haven’t read that 300 plus page opus of automobile information that came with your car and yet if the TPMS is any indication, your life may depend on it.

In her case, finding the low tire was easy but when she aired up her tire, the sensor light stayed on. She verified the air on all four tires but the light continued to taunt her. Fortunately life with me has taught her that the more complex a system is, the more likely it is to fail. With her trusty tire gauge telling her one thing and the sensor telling her another she decided to trust the gauge. Sure enough, a few miles down the road the warning light went out.

A little research and we find out that the system is designed that way. Each tire has a small transmitter, complete with battery, which transmits once a minute,  but only when the wheels are rotating. When the wheels aren’t turning the system saves battery power by not transmitting. My wife could have put a hundred pounds of pressure in each tire and the light still would not go out until she had been moving for a while. Fortunately she’s smarter than that.

It also means that she could be driving on a completely flat tire until all the wheels have reported in. I guess that’s okay because she won’t be going too fast before the system kicks in. I find that interesting because most of the time I start out with a flat tire. I’ve only had one time the tire went flat while I was driving it and that was a blowout.

The thing is, her pickup has a different TPMS system. It has the same warning light except that the pressure is read as soon as the ignition is turned on. Her truck was also notable because that’s where I learned that the TPMS was costing me an additional $50 every time I replaced a tire.

Let’s pause a moment to look at some of the more interesting feature on the system on my wife’s Grand Caravan. In order to extend the battery life, it transmits once a minute when the wheels are rotating. Each transmitter has a unique serial number that’s included in the transmission. Maybe that’s to prevent confusion with nearby tires but it sure seems like a built in tracking feature. And of course I’ll get to buy her a new transmitter every time I replace a tire because it’s designed that way. Her TPMS only detects underpressure not overpressure. Then again, I’m probably safe from rapid increases in tire pressure. 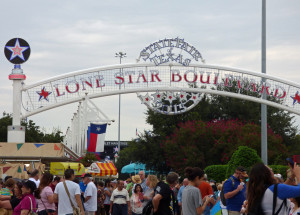 I‘d probably let it pass but while heading to the Texas State Fair, the TPMS in my Honda came on. Ever try to enjoy a State Fair while anticipating having to change a flat at the end of the day? Even the corny dogs didn’t appeal to me. To my surprise when we finally called it a day, all my tires still looked good. Still we all know how difficult it is to judge air pressure by sight.

First chance I got I verified that all of my tires were the right pressure.  Yes, I carry a tire gauge now, just like I force my wife to. Okay, all four tires were good, they had been rotating for several miles and I still had a TPMS warning light. What was up with this?

Thirty minutes later, I had time to study my Honda manual. It turns out that the Honda engineers took a different path. I don’t know if it was cost or patents but Honda measures the RPM of each wheel and compares it to an average. If any of tires are significantly off the average, the system assumes I have a problem and turns on the light. Nice, but once the light gets set, it requires a manual reset and a period of calibration.

The bad part is that if I just hit reset, the light will go out and the system will assume my low tire is the new normal. Now that I know how my TPMS works, I’m wondering how many times I’ll see a false indication when we have an ice storm.

Mandated by Congress, implemented to meet the law and not much else. Want to know how effective this mandate is? Google “disable TPMS.” There seems to be a lot of unsatisfied consumers out there. Maybe Congress would have achieved more by issuing all of us a tire pressure gauge and putting a big red warning sticker on the dash, “Caution check tire pressure on a regular basis.”

Men And Their Toys, My 3D Printer
The Zone, An Explanation For The Rest Of You
Negative Reviews, They Don't Always Represent Bad Product
A Guide To Your Valentine's Day Chocolate