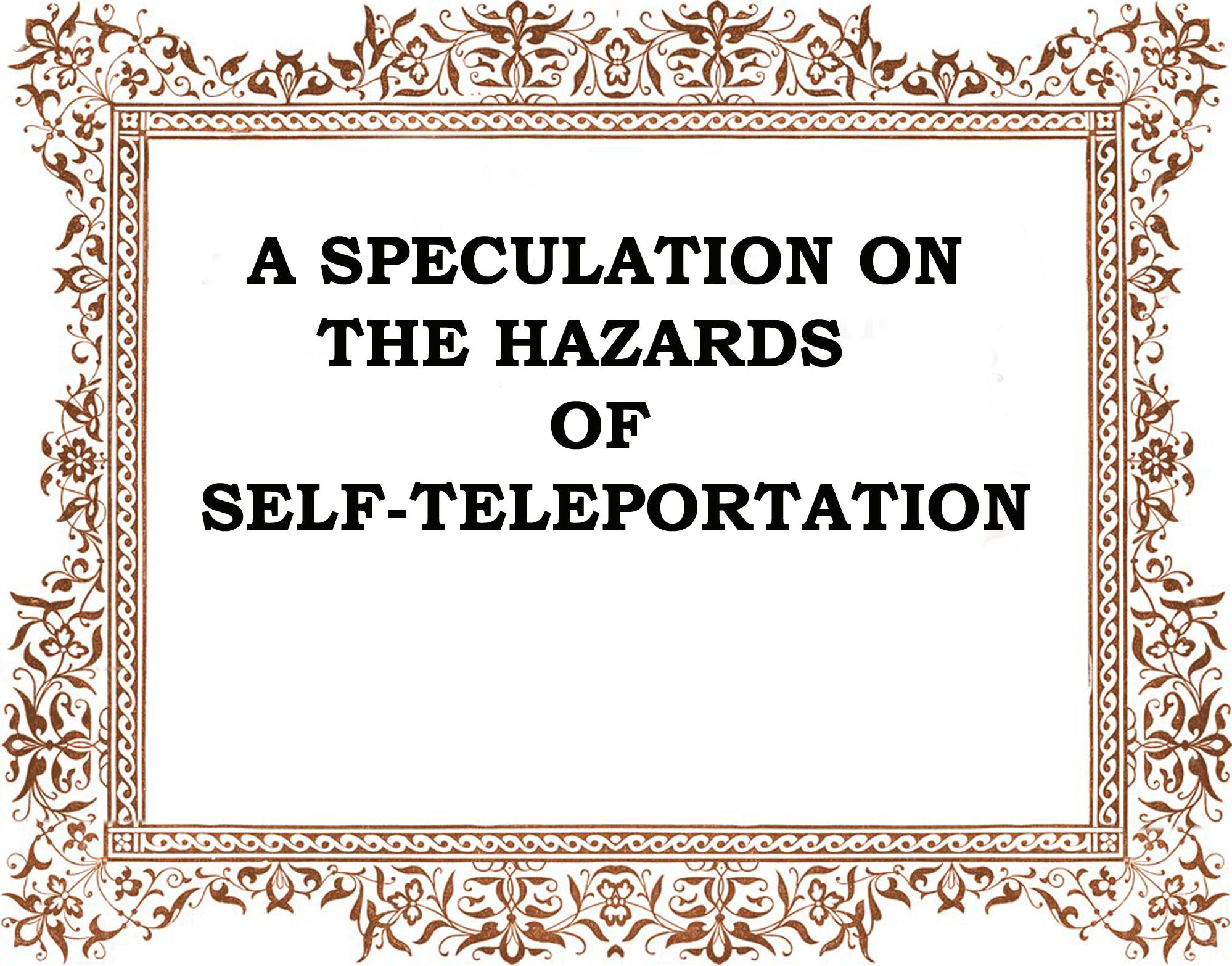 I don’t know how it is with other engineers but I don’t idle well. When I’m supposed to be having fun at the company picnic or at a social gathering, small talk is just not something I want to take part in. Working out the details of a design in my head is fun but when other people come by to interact they pull me out of that nice warm feeling and it feels like being drenched with ice water.

I usually pick a nice quiet spot to sit and watch the people. Not too close and not so far as to appear standoffish. I did start writing this post on my phone but my wife has convinced me that using my phone during times like is rude (although the social mores on that seem to be shifting).

I have one fallback plan, I practice, err, attempt my teleportation abilities. My technique is very simple. I visualize where I want to be and keep adding detail. I add my desire to be away from where I am and the desire to be somewhere else. Unfortunately, I think I’ve almost convinced myself that teleportation by force of will is just not possible. Even failure provides opportunity though. Being an engineer, over analyzing the improbable is just as entertaining as success.

Were I to succeed, there would be a loud clap of thunder as the air rushed into the spot I had just vacated. My arrival would also be fraught with issues. What happens to the air I displaced? Would it be pushed out in a clap of thunder also, would it be mixed with my own molecules and I would literally be giving off gas for a week as it escaped my body. The best way would be an exchange with the air when I teleport but nowhere in my current technique am I trying to account for that.

Then there’s the question of how I control where I end up. I’m concentrating on arriving in my living room but I’m in deep trouble if my wife has moved the furniture or one of the dogs  happens to be in the same spot. For that matter, with the earth rotating and moving around sun, with both our solar system and our galaxy moving, I’m probably going to miss my target if it takes any time. I don’t even want to think about where or how I might end up.

The energy required rapidly becomes an issue too. Merely moving an object in a horizontal plane requires no energy (we’ll consider teleportation to be frictionless at the moment). However, if my elevation raises or lowers, I have to deal with significant amounts of energy. If I go to a spot with higher elevation, do I have to provide the extra energy from my mind? If the elevation is lower, then I have an excess of energy to deal with. Forty feet in elevation difference could be fatal.

They make it look so simple in the movies. Just blink and you’re gone. Very little noise, maybe a slight headache, a little fatigue if you do too many times in a row. Technique is apparently the key but the internet doesn’t provide a lot of solid information. It’s not like you can find any YouTube videos that give solid technique. Certainly none of them address any of the issues I’m concerned with.

I’m not giving up. Please feel free to leave suggestions on any techniques that work for you but the more I think about this, the more appealing that soccer game over there looks.

Ever Think of Your Engineer as a Super Hero? The Evidence is There.
Are You Sure?
Congress, Too Focused on Being Politicians? - Part 2
How Did My Website Get Hacked?