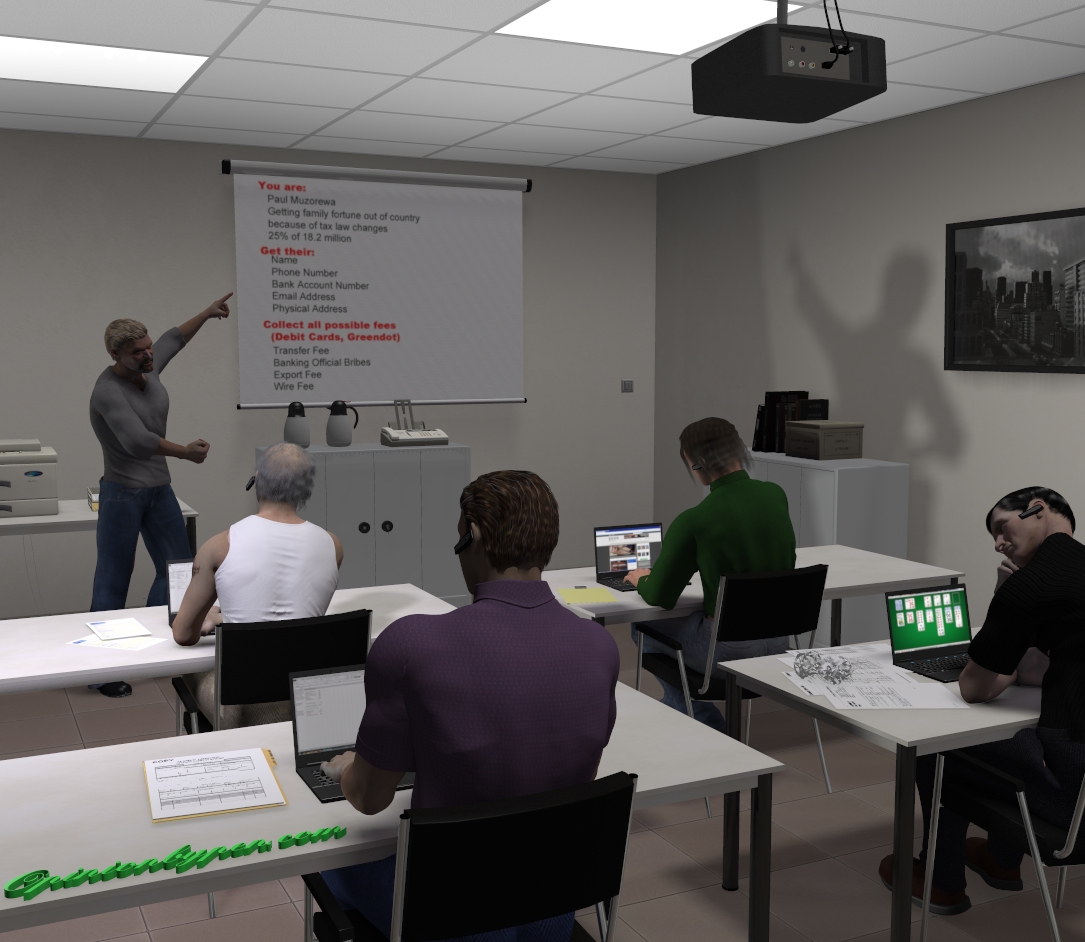 I must be the luckiest man alive. Three weeks ago when I was looking at my bills and wondering how I was going to pay them, I got an email from an attorney in England. Some wealthy relative I didn’t even know about had died and left me his fortune. I immediately sent them all my bank information so they could do a wire transfer.

Unfortunately that was the day my bank got hacked and my account was cleaned out. They must have gotten all the inheritance money too because the attorney is no longer talking to me.

Then the UN sent me an email explaining that I had been scammed. Fortunately they were taking a direct hand in this and had even set up a fund to reimburse me. Since they had no way to verify how much money I had lost, they were limiting my reimbursement to a million dollars. All I had to do was pay a few fees and to show them that I actually owned the bank account in question.

Wouldn’t you know it, just after I paid the fees and sent the information on my account, the hackers struck again and cleaned out my new account. Personally, I think there was a leak at the UN.

I was devastated. My bank is telling me some garbage that I was scammed both times and they are reluctant to unfreeze my account. All seemed lost until today when I received two different emails informing me I’ve won the Irish Sweepstakes and the lottery in Great Britain. I need to borrow a little money to pay the fees but then I’ll be rich.

Now if I could just get Blizzard to believe I’m not trying to sell my Diablo III account. I keep logging in to tell them that account was hacked months ago.

The above might seem funny but every week I get two or three email scams wanting me to imitate dead people to split the inheritance, wanting me to help smuggle money out of their country or wanting me to inherit their fortune so I can continue doing good deeds.

I got one email scam telling me that I needed to get in touch with the attorney because someone had represented themselves as my agent to inherit a fortune from another rich dead relative I never heard about. That one gets points for originality.

I know you’re too smart to fall for any of these. If it sounds too good to be true, it’s probably a scam. I’m starting to see another more disturbing trend though. I’m getting emails from Blizzard, Delta, UPS, Fed Ex, Amazon, WhatsApp and a few dozen other places that I don’t do business with. Most of them want me to go their website and confirm my account or to open an attachment that has all the details of a transaction I know I never made.

When you see an invoice from Amazon about a purchase your never made or a message from Facebook about five lost messages that were recovered, your natural inclination it to check it out. The scammers are counting on your sense of panic to override your caution.

A little advice, DON’T OPEN ATTACHMENTS, DON’T FOLLOW LINKS FROM EMAILS. How about those emails from people or companies you know? DON’T. If you do business with the company and it looks legit, take the time to go directly to their website. Don’t use the link conveniently provided for you. These scammers put a lot of time into making their emails look legit.

I use an obscure email program called Incredimail. Like everything else it has good points and bad points but it has one feature I really like. If I hover over a link, it shows me where that link is pointed. It’s just a guess mind you, but I don’t believe the UN uses Yahoo email addresses. I don’t think Blizzard uses mail servers that end in .ru.

When I exchange pictures or files, I use Dropbox. It’s easier and faster than email anyway. My Mother-In-Law has yet to send me a virus through Dropbox.

I also use a number of different email addresses for different functions. It takes almost no effort to create several and it helps to categorize your emails. When I receive an email from my bank addressed to the email address I reserve for all my on-line gaming functions (Rift, LOTRO), I’m fairly it’s another email scam.

While I have your attention, there’s one more type of email scam that’s floating around. You get an offer to become a mystery shopper, or be listed in the Who’s Who of your profession, or maybe a $25 gift card. All you have to do is respond with your name, age, occupation, email address, physical address and so on. One word, DON’T.

Even if you follow all these guidelines you can still get hacked. Once you get hacked, your computer becomes an evil automaton sending out little of packets of joy for all your friends and family to share in your misery. That’s the reason I don’t open attachments from friends or family.

Talk about luck, I just received an email from a Mr. Paul Muzorewa in South Africa offering me 25% of eighteen million dollars if I help him get the money out of the country. He put lots of detail in his email to give me confidence in its authenticity. Oops, I forgot my bank account is still frozen. Does anyone want to give their bank account number? I’ll share half. We’ll be rich.

Bounce Rate, What It Means To Your Favorite Site
Repairing My 3D Printer
How To Drive Customers Away, Why I'm Done With Netgear
Hubris, An Engineering Malady?