How The FCC Wants To Improve Rural Internet

I caught on to Santa Claus fairly early in life. It’s unfortunate then that it took me so long to realize that, despite their strongly spoken rhetoric, my government really doesn’t care about helping me. Sometimes this truth is so evident that I question my intelligence in ever believing their intentions were good. Avoiding the political quagmire of the White House, today I’m talking about the FCC and rural internet.

Years ago, the FCC, realizing the potential of the Internet and recognizing that America was falling behind in internet speeds, created some basic minimum standards as a measurement.  At the time, I was naive enough to believe this would lead to improved rural internet.

Slightly over ten years ago DSL came to my area, 1.2 megabits per second. This was 20 times what I had been getting with my state of the art 56K modem. At the time this, seemed wonderful. I was even willing to ignore the fact that my Mother in law was paying less for her 20 mbps in town. I was convinced it would get better, the FCC was fully behind faster speeds and I had faith in technology.

Ten years later, my Mother in law gets 200 mbps at the same price she was paying for 20. Me, I’m now paying more for my 1.2 megabits per second and the service has gotten worse.

Fortunately, the FCC is looking into this and their verdict is… Sorry, in the interests of my blood pressure, I had to take a short pause. The FCC now wants to lower the minimum acceptable download rate and call cellphone service the equivalent of high speed Internet. Apparently I missed the memo where Americans have cut back on their Internet usage.

True enough, I’m already using my cellphone to supplement my internet experience. Each month I pay Verizon a huge amount of money for 24 gig of data. I could go unlimited but as I pointed out earlier, Verizon’s definition of unlimited is 10 gig for hotspotting and somewhere after 20 gig they throttle us back for network congestion. 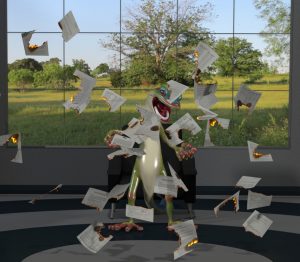 Let me introduce you to my Internet experience. My DSL service through AT&T is now so bad that any downloads over 20 meg are unlikely to complete on the first try. I have a new Kindle book that I’ve tried to download  over twenty times because the download has never made it over 70%. Patches for online games typically start at 80 meg and go up. If the download isn’t capable of handling interrupted data streams, I’ll be patching forever. Sorry, I got caught up in the ranting.

My point is that the FCC is looking to redefine high speed accessibility in terms of cellphone usage, not because it would help me, but because it allows them to point to how much the rural internet has improved under their leadership and them to shift the money intended to improve rural infrastructure to improving cell phone towers.

Truthfully, I think it’s brilliant on the part of the FCC. This is the same technique I recommended to get car mileage up to 100 mpg, simply shorten the definition of a mile. Maybe the new definition of unlimited also came from the FCC.

From the cellphone providers point of view, this is great. They can continue to provide me with expensive amount of data while the FCC diverts funds to them for rural improvement. I’m guessing it’s not going to make a bit of difference in my bill or data restrictions. Meanwhile, AT&T can stop pretending to care about their DSL customers and build up their cell towers. The only loser in this is the consumer hoping for rural Internet.

I know I shouldn’t be surprised, this is the same organization that told us all how much our life would improve with digital television. We were told we would be able to receive it just as well as the analog TV. How’s that working out for you?

Let’s not forget the FCC’s current stance on Net neutrality and municipalities providing internet for their citizens. These are very bad things for you and me, very bad. They can’t explain why but, “trust us, we’re from the government.”

I was fortunate to find out about this marvelous bit political doublespeak from an article in Arstechnica. The article is worth reading and they give you a link for comments to the FCC on their new policy. I particularly liked the comment suggesting the FCC’s next campaign would be, “Let’s make 56K great again.”

About the only winner in this rural internet shell game is my Mother-in-law. When I’m out of data or I need to do an eleven gig download in less than a week, I go visit her. Not wanting to make it look like my only motive is to steal bandwidth, I make my visits under the guise of fixing up her house and yard.

Let’s see, I have eight new oversized Kindle books to download (Amazon had a special on textbooks), four new Audio books, a new season of Bosch and an eleven gig download to put Visual Studio on my laptop.

Mom, what was that about a leaky faucet? 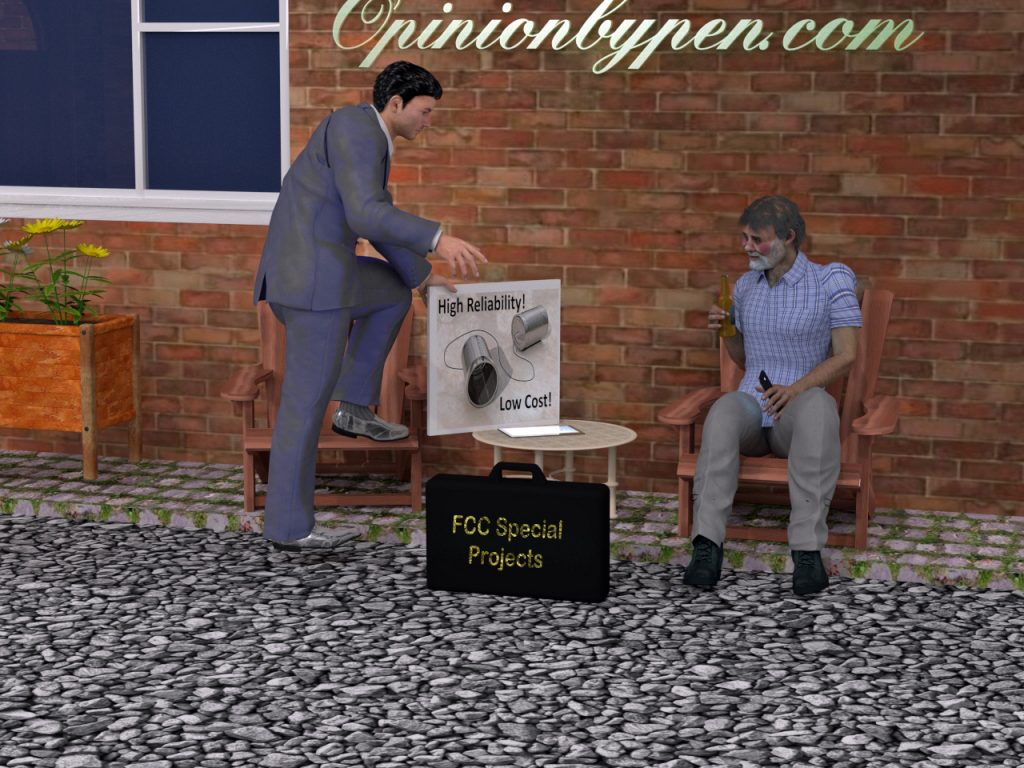 Why Is It So Hard To Leave A Comment?
An Engineer Attempts Valentine's Day
The Law of Resonance
Your Incredible Power To Influence Technologic Evolution