Time Travel As Viewed By Einstein. A Simplified Discussion

Time travel, I don’t know of any other concept so used and misused in Science Fiction. Although judging from Avengers Endgame, a lot of writers have problems with the concept. Still, despite the inherent paradoxes, from the time I was first introduced to the concept, I was fascinated by it. As I got older and was reading more sophisticated science fiction, I encountered several authors willing to consider the subject rationally.

The classic paradox is is caused when you try to go back in time and kill your parents. Since you had to exist in order to go back, either you won’t succeed or you’ll find out you were adopted. How about going back and warning the US on Pearl Harbor? Don’t bother, there were plenty of warnings that were ignored.  You were ignored along with all the experts.

Robert Heinlein’s, The Door Into Summer, is well reasoned story about a time traveler moving back and forth in time without creating a paradox. Aside from the time travel angle, his description of the Roomba written in 1957 makes you wonder about Heinlein’s own time traveling ability. He certainly brings up some interesting questions about da Vinci.

I’ve discussed time travel before but this time we’ll concentrate on Einstein’s equations. His Theory of Relativity predicts the possibility of time travel. Unfortunately, by the time you work your way through the theory, time travel is not quite as appealing as science fiction makes it. While the Theory of Relativity gives you a straight forward way to travel into the future, it says nothing about traveling into the past. It doesn’t prohibit traveling backwards in time but there’s not a big sign that says this way into the past.

Before progressing, we need to define time travel. All of us are travelling forward in time at a constant rate. Travel in time needs to be defined relative to the flow of time experienced by everyone else. If you’ve seen the Rod Taylor version of The Time Machine, you seen the flow of time as Rod progresses into the future. Now, consider that Rod’s machine isn’t altering the normal flow of time. It’s creating a field around Rod to slow down the influence of time on him.  An observer would see Rod and his machine as a stationary object.

Traveling into the past, you see everything moving in reverse. Again, the flow of time is not reversed. It’s Rod’s perception that time is moving backwards. This is where time travel headaches start. In order to transport Rod to the past, the time machine has to exist in the past. Yes, today we’re discussing Einstein’s theory of time travel. We’re not discussing magic, wormholes or clueless writers.

What does Einstein say about time travel? Without dropping into the math, the passage of time depends the observer. If we define local time as the time experienced by Sundae and put Ronin in a vehicle approaching the speed of light, Ronin will age slower than Sundae. The closer you get to the speed of light, the slower Ronin ages.

My choice of Ronin and Sundae as examples may seem strange but given the litigious nature of our society, I did not want to be sued because I outed a time traveler in hiding.

I know, nothing new, we’ve all been exposed to this. Besides, as your velocity approaches the speed of light, your mass will increase, making it almost impossible continue accelerating. If you think about it, this is probably a side effect of the time dilation.  Of course, Ronin has no idea that time is slower for him. To him, time is progressing at the same rate it always has.

It does seem strange that the faster you go, the slower time progresses for you but although only by a few seconds, modern physicists have managed to prove Einstein was right. Public service announcement, this explanation will not get you out of a speeding ticket.

So how does this get you to time travel? If you think of time travel as the ability to change the rate at which you travel through time, you can see that Ronin could be considered a time traveler with respect to Sundae’s frame of reference. 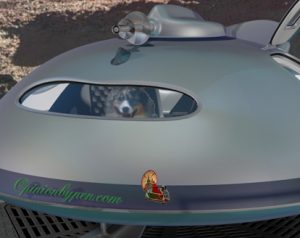 Sorry, that might have been confusing. Sundae is sitting quietly on her dog bed contemplating how many balls she has in her collection. Meanwhile Ronin climbs into his patented hypervelocity time traveling canine capsule and does a round-trip at about nine tenths the speed of light.

Although he’s not a clock watcher, the clock on his capsule shows exactly 30 minutes have passed for him. You’re right, I’m ignoring atmospheric effects, this is only an example after all. Anyway, far more than 30 minutes have elapsed for Sundae. From Ronin’s point of view, he has traveled into Sundae’s future. Yeah, it’s not anywhere near as romantic as I envisioned it either but it is time travel.

My wife, a historic fiction fan, suggested that I was missing an important counterpoint to Einstein by not discussing the time traveling characteristics of Britain’s standing stones.  As I sat there going through all my possible responses, I realized that the probability of my ever getting close to the speed of light was probably far less than the standing stones being an ancient conduit through time. Given what I said earlier about the time machine having to exist in the past, she could be right. I hate it when I can’t argue. 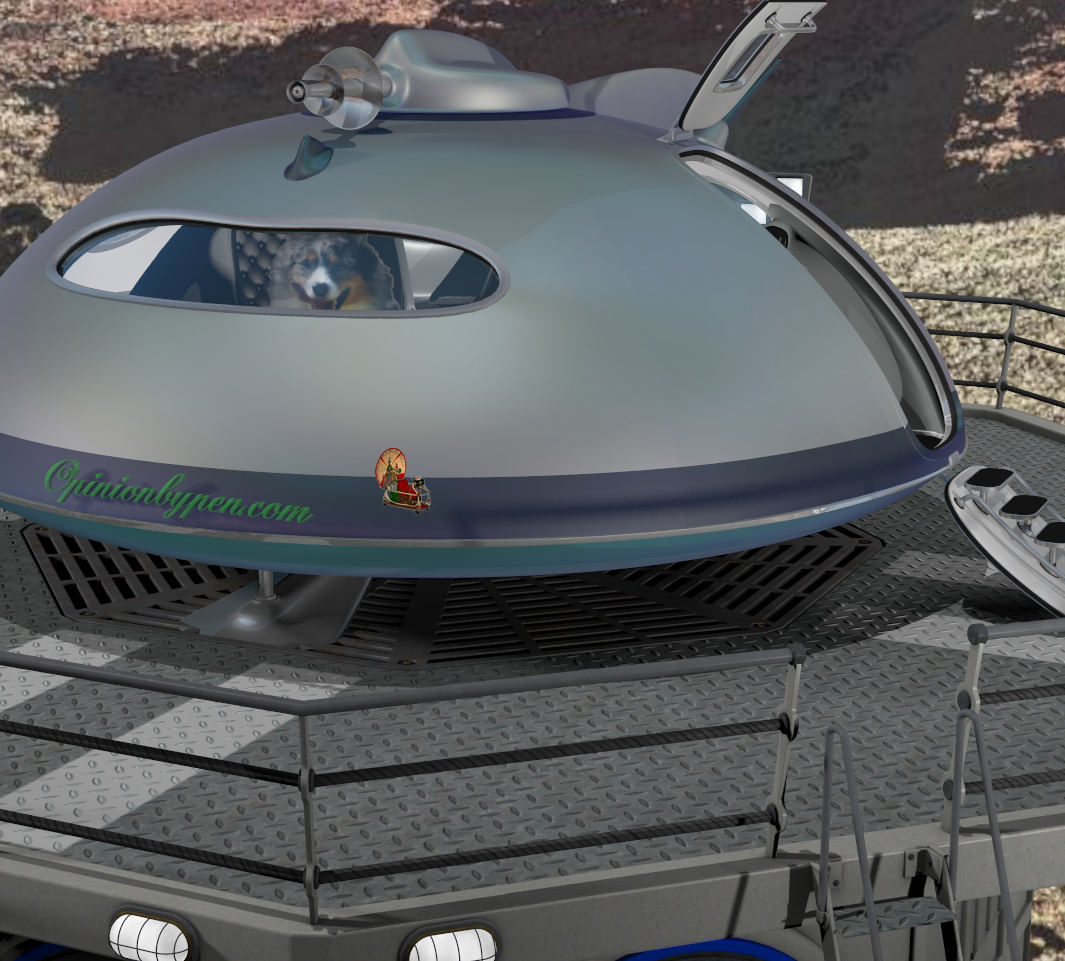 How To Identify An Engineer
3D Printer In The Home, Useful Or Just A Toy?
Space Heaters, They Need Lots of Power
Upgrading To The Prusa MK3S From the Prusa MK2 , Is It Worth It?