The Demise of the PC, Where I Blame Everbody 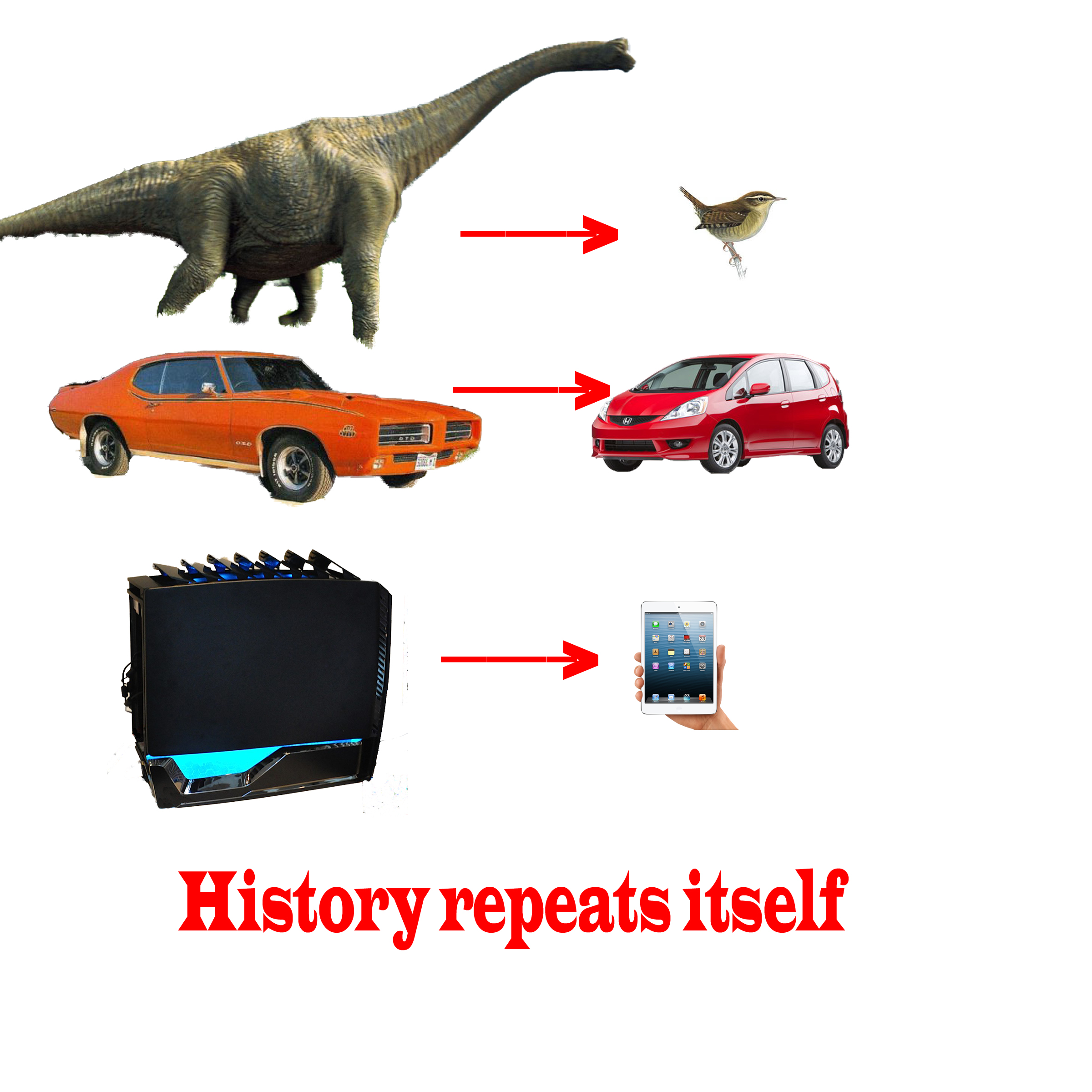 Writing this post took a lot longer than usual. It wasn’t all the additional research,  the facts are staring us in the face. This post depressed me because it was so obvious. Building your own PC is about to go the way of the 70’s muscle cars, suddenly the entire industry is focused on tablets.

I can’t argue with the sales and I certainly can’t argue that the PC was a massive overkill for what most people were doing. I’d like to argue for peaceful co-existence but the market forces aren’t going to cooperate.

Even Microsoft seems to have given up on the PC. Windows 8 is nothing more than a tablet interface tacked onto a PC. I don’t understand why Microsoft thinks a 50 pound tablet on a long extension cord makes sense but I never understood a lot of things Microsoft no longer does.

Microsoft is not the only company to blame. Every day I read another article on the flagging sales of PCs. Most of the articles are quick to blame Windows 8, tablets or lackluster hardware. The real answer is much closer to the demise of the muscle cars. Most of us don’t need a PC with 700 horse, 8 mpg , and an idle capable of mixing paint, to read our email.

Intel also seems to be joining the current ultimate quest. Their new processor family is only about 10% faster but much more energy efficient (I guess my wife wasn’t the only one complaining about water cooling radiators attached to my case) and this is where my dilemma starts.

As several of my friends have discovered I really enjoy the research that goes into upgrading a system. I’ve maintained a two year refresh cycle for my PC. In the off years I help my friends out by doing the research for them. I try to be upfront about the tradeoffs, the final cost is higher than a complete system but so is the performance and I don’t add any spamware.

Until recently the only driving force for me to upgrade was technolust, my PC was already fast enough for everything I was doing.  I did migrate to an SSD to get sub 20 second boot times but aside from that my PC was much faster than I was using. That was the situation when I started using Poser.

As my compositions started getting more complex, the render times got longer and longer. I could have lowered the resolution of my renders but I really liked doing my renders in high resolution. I finally had an excuse to upgrade. Even better, my wife gave her approval on the upgrade. Now I didn’t have to feel guilty as I spent hours comparing options and reading reviews.

I knew I was in trouble when I saw the benchmarks on Haswell.  A 10% improvement is certainly not a compelling argument for upgrading a PC. To give Intel credit their integrated graphics is much faster on the Haswell processor. Unfortunately it’s still not as good as my Nvidia graphics card. That thought brightened me up. I could upgrade my video capability.

Video cards, like processors, have their share of loyal followers. My chipset of choice is Nvidia and in recent years Nvidia has made it simple for the hobbyist. Each generation of graphics cards adds a 100 to the number. I was using a Geforce 570 and Nvidia had just announced their Geforce 770. This had promise. After my disappointment with Intel, I was so excited I probably started to drool.  Alas, the generation gap only created the mirage of significant performance improvement. The performance charts made it clear, I was back in the 10% improvement range.

There you have it. Although my motherboard is two years old, it has SATA 3, USB 3 and 16 gig of memory. Two years later there’s still no overwhelming technological reason to upgrade. For the money I would spend, I only shave one minute off of every 10 minute render. Oh yes, I’d probably be able to lose the water cooler too.

On the other hand, we’re seeing big jumps in performance, battery life, screen resolution and camera resolution in the tablet market. Want to guess where people will spend their money? A 10% performance boost on a PC for $2000 or a new iPad with a retina display and 4G speeds for less than $1000. It’s not even close.

Are Android Permissions Getting Out Of Hand?
Hubris, An Engineering Malady?
Why Is It So Hard To Describe A Problem To An Engineer?
An AI Assistant Comparison, Alexa, Google and Folgers?