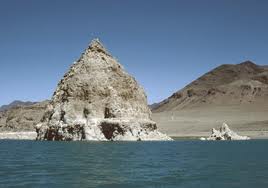 Growing up in my house it was easy to assume which of my parents was smarter. My mother was a bookkeeper and then a journalist. My father was a lithographer who ran a printing press. My mother represented books and  knowledge.

My father represented hunting, fishing and sports. I wanted to like these things but even back then my destiny was that of an engineer. When Dad took me fishing, I was reading a book rather than paying attention to my line. When Dad took me hunting, I had a book with me to read. Sports were just an embarrassment.

I was surprised when I was teaching a new technician troubleshooting techniques and realized how much I had learned from my father.  I remember my father working on our TV. His first step was a visual inspection. If possible, he would substitute then tubes from functional areas with tubes from the non-functional areas. After that he would take the tubes from the non-functional areas and test them at the local shop. I don’t remember a single time he failed. At the time this seemed perfectly reasonable, I never stopped to realize that not everyone could do this.

While my father did not understand half the things I did, he did his best to support me in my endeavors. He turned the garage into a huge workshop for me, allowing me to set up and play with all the equipment I had gotten. If someone threw away a TV or a radio, he would retrieve it for me.  Half my projects were build using parts salvaged from those sets.

That’s another thing I never thought about. Dad was an excellent carpenter. My workshop was the envy of all my friends because of how well it was built. From him I also learned that the most important part of a project was to plan it out first, then start assembling. As I think back, I also realize that most of his designs were modular, allowing construction of the individual sections before putting it all together. This is almost required in electronics but it makes me realize I learned these techniques from Dad.

I live on a small ranch in Texas now. I really, really regret ignoring all the knowledge that Dad tried so hard to teach me about hunting and fishing. On the other hand, because of the confidence and skills he gave me, I’m not afraid to tackle a lot of the maintenance and construction tasks so common on a ranch.

My mother gave me a love of books and knowledge, my father showed me how that knowledge could be used in life. The question of who was smarter is immaterial. It was their combined efforts that made me what I am today but I sure wish I had been smart enough to realize just how much my Dad was teaching me.

I'm Stuck But I Have A Bold And Cunning Plan
Becoming Borg
What Are The Odds? You'll Enjoy Udacity Statistics
A Look At The Snake Slayer IV From A New User