Why Does Change Seem So Random? 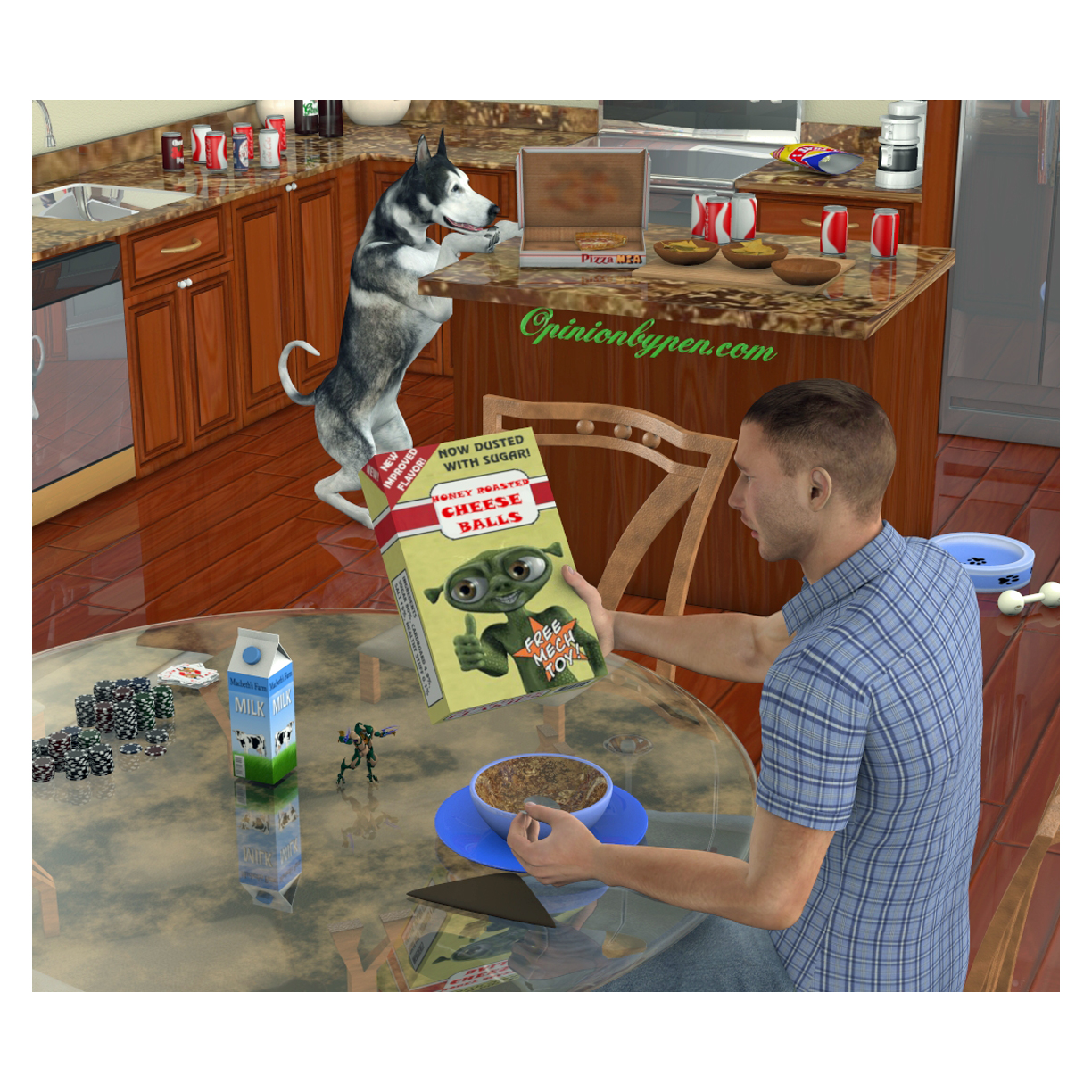 It’s a given that change happens. From fashion to transportation to political viewpoints, it always changes, but why? Change is seldom welcome so why does it happen? And why does it happen so often to the things you like? Why does today’s Big Mac more closely resemble a White Castle Slider than the Big Macs of yore? Umm, bad example, that one is probably obvious.

Speaking of obvious, we all understand the changes powered by technology. You know why your cellphone is only slightly smaller than the revolver Wyatt Earp used to carry. You  know why your computer is gathering dust while you consider buying another tablet. We may not like the changes but we know why they happened.

Why does change seem to happen for the sake of change? Why did they cancel Firefly? What caused the car fin wars in the 60’s?

Consider what happened to your favorite cereal, honey roasted cheese balls. It was a great cereal, you’ve been eating it most of your life. Unfortunately for you, its rival, fruity roasted cheese balls, was  making some real gains in popularity. You don’t understand why because you once tried it and it was just too sweet.

The executives had to call an emergency meeting to discuss the issue but after the previous CEO made it mandatory that all executives consume three bowls a day, they can’t stand the taste of honey roasted cheese balls. Everyone cheered the day he left.

Back to your cereal, give the executives credit, they know that most of them are secretly consuming the rival cereal, so they appoint a tiger team to improve the flavor.

The tiger team does some surveys and reviews their data. It turns out that half of you really like the honey. As long as it continues to have honey you’ll stay with it. The other half like it for the cheese. These folks are just as likely to buy the fruity roasted cheese balls as the honey roasted cheese balls.

Like politics, those of you that already have the tattoo aren’t the ones being courted. It’s the ones on the fringe that the tiger team goes after. The leader of the tiger team, an engineer, doesn’t eat cereal at all but has always felt it was inefficient having to add sugar, suggests sugar dusting (he’s already made the necessary changes in his mind). More research, more data and it turns out that forty percent of the fringe says they like the cheese balls sugar dusted.

The tiger team isn’t stupid, they represent some of the best minds in the company, so they also look into the people they might lose because of sugar dusting. It turns out that most of you don’t like it as much but your dislike isn’t enough to cause you to change cereal.

The tiger team is hailed as a huge success. The new improved, now with sugar dusting gains the fringe element wanting the sugar dusting, they hold on to their previous loyal customers because they hate to give up on their favorite food and they even gain a few people looking for something new.

The company announces their success with that much hated banner you’ve come to fear, “now with improved flavor.” It’s not improved to you, it’s just not quite bad enough for you to look for a new cereal. Enough of these changes and you will change cereal but that’s part of the cycle.

This change caused all the executives making the rival cereal, fruity roasted cheese balls, to see their share start declining. In a panic, because the answer is obvious, they add sugar dusting to their product.

Okay, you have the idea now and some of you are actually nodding. I admit I made it very simplistic but it’s a fairly typical scenario, happening every day in the corporate world. What caused the change?

Bottom line, the executives wanted their cereal to do better. That could have been pride, greed or watching the metrics too closely without understanding what they meant. You were happy with the cereal but you weren’t considered. Since you were already consuming the cereal, your preferences were secondary.

Looking a little deeper, did you notice none of the executive liked the cereal? That’s a typical problem, the grass is always greener, especially when you’ve been told to only eat the grass on your side of the fence. There’s a little rebel in all of us. The executives had no interest in keeping the flavor the same, deep down they believed it needed to be changed.

The tiger team was chartered to improve the flavor. The executives no longer believed in their cereal and felt it need to be changed. They could have increased advertising and may have already tried this but you would never have noticed that as a change. Everybody felt a change was necessary.

The engineer leading the tiger team didn’t like cereal. As far as he was concerned, all cereals tasted the same. He chose sugar dusting because it spoke to a perceived inefficiency and he already knew how he was going to make the change in the factory.

If we go a little deeper, it’s a good bet that they received very little mail telling them how good the cereal was. Good point, nobody writes letters anymore. Their Facebook page had very few accolades saying the taste was perfect, don’t change it. Most of the comments were suggestions to make it even better, chocolate honey roasted cheese balls. Human nature is always trying to make it better.

Fortunately for you, somebody noticed the complaint you posted about the sugar dusting and is now making honey roasted wheat squares, without sugar dusting. You never liked having cheese that early in the morning anyway and the sugar dusting was the last straw. You tell all of your friends, post it on your Facebook page and even Tweet about how good the cereal is.

A statistician notices that market share is dropping on sugar dusted honey roasted cheese balls, the executives panic and a new tiger team is created to address the problem that you caused. How does it feel to be an instigator of change?

That’s my point. Change happens because other people complain. If you don’t like something, speak out, loudly. If you do like it, speak out louder. Make your opinions matter. The executives might actually listen to you. We know your friends will.

Adobe Premier Elements 10, Almost a Review
The Puppy With No Name
Improving My Writing Means I Have To Write
Technolust