First Impressions and a Great Steak 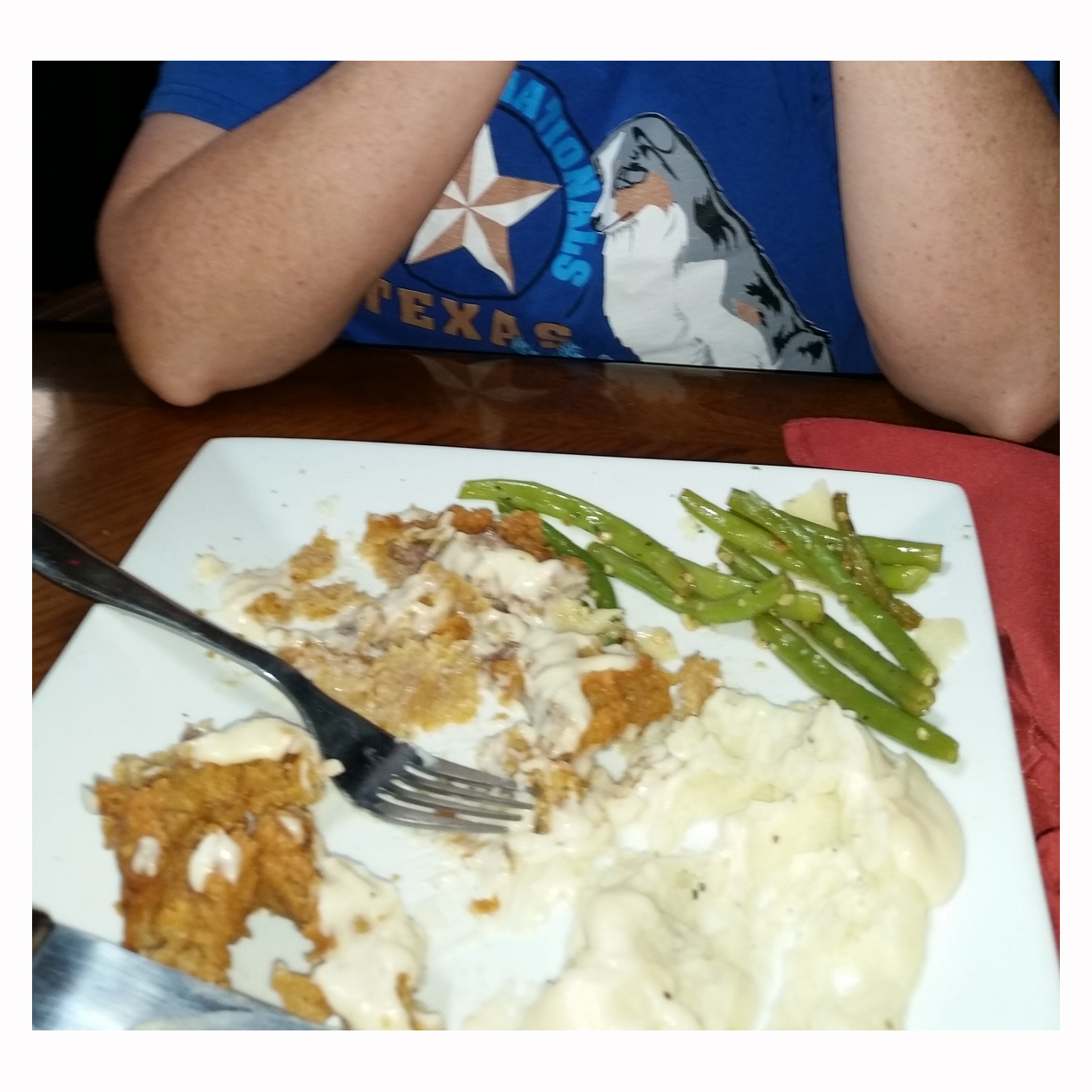 We’ve all been told how important first impressions are. From dating to job interviews we’re lectured constantly that people will judge us based on their first impressions. If you’re like me, you also believe that people are rational beings and will easily overcome those first impressions once they get to know my sharp, analytical and piquantly charming personality. That’s what I keep telling myself anyway.

Whether I’m writing a blog or a story, I know I have to capture your interest within the first few paragraphs. Too boring, too confusing and you’re gone in a flash. You have the entire Internet at your fingertips and if I don’t make a good first impression you’ll look elsewhere for your entertainment.

Although I’ll admit to buying a few books based solely on the title, I like to think of myself as a rational human being able to ignore first impressions and not form an opinion until I have plenty of evidence to back up my opinion. All it took was a really good steak to show me how delusional that view was.

Texas is known for good steaks. I can truthfully say I’ve had steaks all over the world and the best ones were in Texas. Let me hasten to add, I’m not a food critic and while Texas is also known for millionaires, I’m not one of them. Fort Worth has many fine steakhouses but being budget minded I tend to eat at the lower end of the steak spectrum, Saltgrass, Outback and Texas Roadhouse. Certainly not bad but not outstanding either.

Having been disappointed by Outback the last time we went out, when my wife had a yearning for steak, I did some research and found a local steakhouse, Rough Creek Steakhouse in Burleson. Most of the reviews considered them exceptional except for one complaining how tough the meat was. Knowing how easy it is to have friends write good reviews, I tend to ignore rave reviews leaving me with the one tough meat review. Given the steakhouses where I usually eat, I’m no stranger to tough cuts of meat. Still you never know until you try and my wife is well aware of the risks she undertakes when she lets me pick the restaurant.

I had planned it carefully to arrive shortly after the noon crowd. The grill is already hot and almost everybody has finished. Timed carefully and it’s like eating in a private restaurant. I was very successful because the almost deserted parking lot gave me a wide choice of parking spots. Once seated and our drinks served, we settled down with cornbread to wait for our steaks.

Our steaks came out in a reasonable time (you never want to rush a good steak) and the waitress asked me to cut my steak to verify it was done the way I wanted. This was the moment of truth and my worst fears were realized. It took everything I had to cut my steak and all that came to me was that one review on how tough the meat was.

While Carol, my wife, was enjoying her chicken fried ribeye, I was asking myself if I really wanted a piece of meat this tough. It took over five bite size chunks before I realized I had a really good steak. My problem was a dull knife and my own overactive imagination. The steak had excellent texture but until I realized I had a dull knife I wasn’t enjoying my meal.

Think about that, it took five bites to neutralize my first impression caused by one bad review and a dull knife. I had a piece of steak in my mouth and I was still confused because it wasn’t what my first impression told me it had to be. After finishing my steak, I wondered if the reviewer had been handicapped by the same knife I was using. 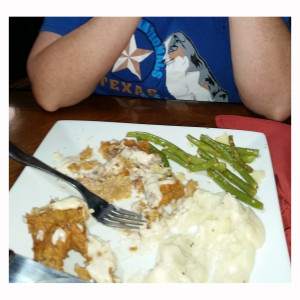 Chicken fried ribeye, the remains. More than my wife could eat but she loved every bite.

Rough Creek Steakhouse, we will be back. From my steak to Carol’s steak, including the cornbread they served before the meal, the food was remarkable. You can tell that I’m not a native born Texan because I don’t care for cornbread but my wife vouched for its flavor.  Carol even complemented her greenbeans saying they were some of the best she had ever had.

Knowing that I want to go back, I’ve written this post to remind myself how important first impressions are and to do a little psychological programming on myself. I want to ensure I remember how good the food was rather than how dull my knife was.

First impressions are far more important than we want to believe. Rational humans or not, that first impression is forever a part of how you are remembered. You can overcome it but it’s much better to make a good impression right from the start.

How Much Am I Saving By Turning Out All The Lights?
The Plan, How My Wife Became a Gamer
A Question About Poor Customer Service
Grammar and Rhetoric, the Drout Way