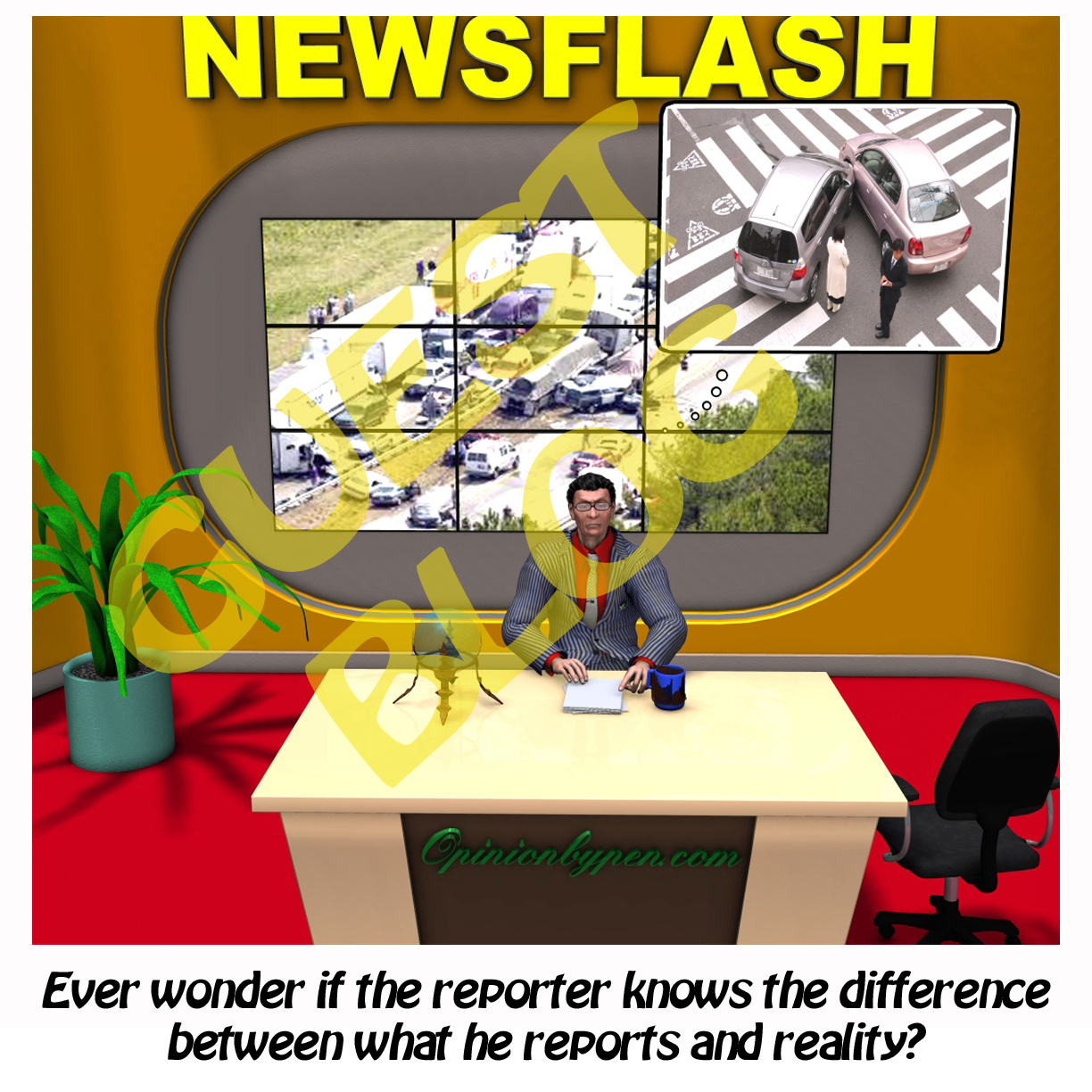 The “takedown” in McKinney Texas of a young lady by a police officer at a party held in a private neighborhood pool was vulgar, perhaps unnecessary, but it belonged to McKinney, not the world. The “facts” were glossed over, often attributed to an unnamed source. The name calling in the comment sections was immature and crude, mostly showing the commenters as undereducated, certainly misinformed, individuals. Too many questions were still unanswered. This missing information included some of the who, what, where, when and why, missing from the first sensationalized accounts of the incident.

The second overdone story was that of Rachel Dolezal, former president of Spokane, Washington’s NAACP chapter, a successful white business woman whose mind and heart belonged to the NAACP world. Some reporter, for reasons known only to that reporter, wanted to let everyone know Ms. Rachel is white. As she does not belong to my “white” world, her color or lack of color is absolutely none of my concern. If she performed her job competently and professionally, her choice of race was her business, not mine nor of any of my associates. Certainly it wasn‘t news to be spread over the UK, Germany and South America. Again, the foundation of good news writing was ignored, the disbelief that a woman chose to be black when she could have been white, the only reason I could think of for its publication. Unfortunately, she has resigned her position.

The third is ongoing as I write this. Joyce Mitchell, once supervisor in the tailoring program at a prison in New York, now charged with helping two murderers escape from jail, is my choice for invisible super woman of the year. All of the “news” reports would have you believe that she came back after midnight to Clinton Correctional Facility, a prison in New York, lifted power tools out of workmen‘s tool chests, and gave them to the two murderers. Because the prisoners are supposedly locked in their cell, she must return a few hours later and take the tools back to the tool chests, arranging them exactly as she found them so the workmen will never know their tools were used during the night. The prison is wide open? The guards are missing? Ms. Mitchell has access to the cells? I’m amazed she could drift about the prison as she wished. She is described as having passed contraband … cell phone, screw driver, etc., to these two men. No one noticed?

Then, switching roles, she is going to be the getaway driver for these two men, probably cooking them breakfast after they first kill her husband. Imagine this getaway; they remain in the same town, commit another murder, can’t possibly get on the road to wherever because too soon all of the roads would be blocked. Who says she planned all of this? A source. An unnamed source.

Why would she allow one of those men to use her cell phone if she wasn’t passing contraband to them? There’s the question — why? The suggestion, planted by the investigators or the reporters, one or the other, is that she was in love with each of them, one by one. She might even have had sex with one at some remote time in the past. And where were the guards? Total asininity, not news, not the answers to the five necessary questions, just selective juicy tidbits.

She has pled “Not guilty” to the charges. I hope she wasn’t guilty, that the police had to find someone to blame and she was available. How long did it take them questioning her before she admitted that one of them used her cell phone. And for how many calls? One” Two? Where are those questions answered in the stories written about her?

There are thousands of real stories for journalists to follow, stories that impact the entire population, but today, it seems to me, they seek the melodramatic, ignore the stories that take investigation and time. They rush into print with the senseless stories, the ones that can destroy a person’s reputation, their livelihood, their very life. Is this envy of people who perform, who actually do something to help their city, state or organization? Or is it just incompetence?

Worse, they take handouts and press conferences as gospel, all of them propaganda issued by those who are covering up for their own inability to perform their jobs. Reporters need to ask the important questions: Who? What? When? Where? Why? An additional question should be asked of the police who have arrested Ms. Mitchell. How?

How indeed did she accomplish all of this under the eyes of guards? Were there no guards at the prison? That would, in itself, be publishable news. Facts, not fiction. And always remember, liars lie, and for some reason the US now has a crush of liars.

Also understand that today almost every repugnant picture, every shocking story, is slanted, not particularly to please a race or religion or politician, but because the story teller is obviously oblivious to the missing information and knows that the news must be rip-snorting to hold the audience’s attention, or the witness seeks his or her moment in the spotlight no matter how that can be done or who it hurts. Unfortunately it hurts everyone.

Allowing anyone to add vile comments or “news” they heard although no one else had access to that information, is ridiculous. It degrades actual news stories. as the comments are usually what is known as “spacey,” inapplicable to the news, many being unrelated rants against the present administration or just someone’s ignorance appearing in print, their five seconds of fame.

Unnamed sources should never be used. If … “it’s a secret so you can‘t use my name,” … forget it, it’s what Texas truth seekers call BS — fertilizer in its raw state. 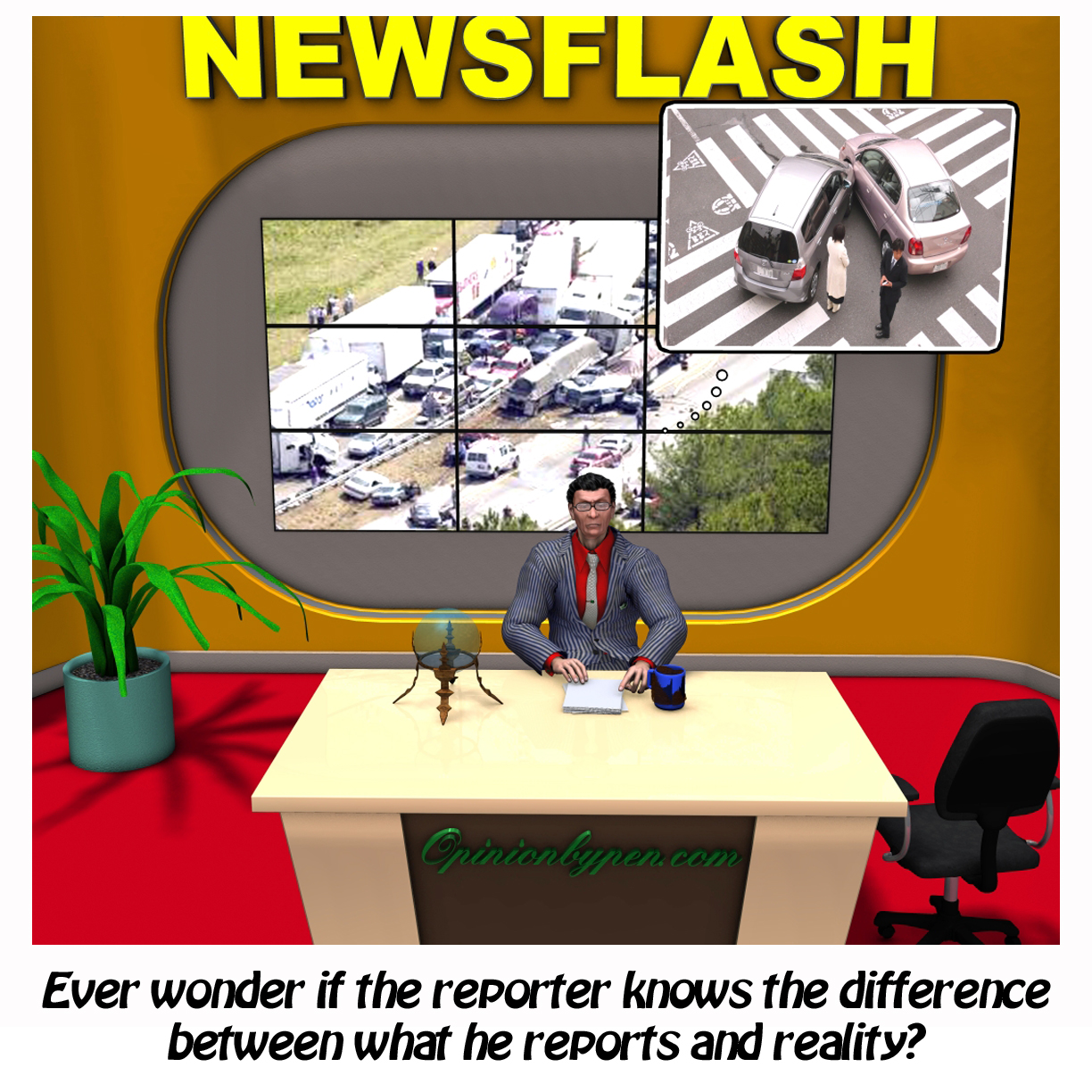 Making a Demon Skull With LED Eyes
Why All The Hate For PO Boxes, Part Two
Patent Reform, We Should Demand It
The Zone, An Explanation For The Rest Of You