A Discussion on the Writing of Dockside 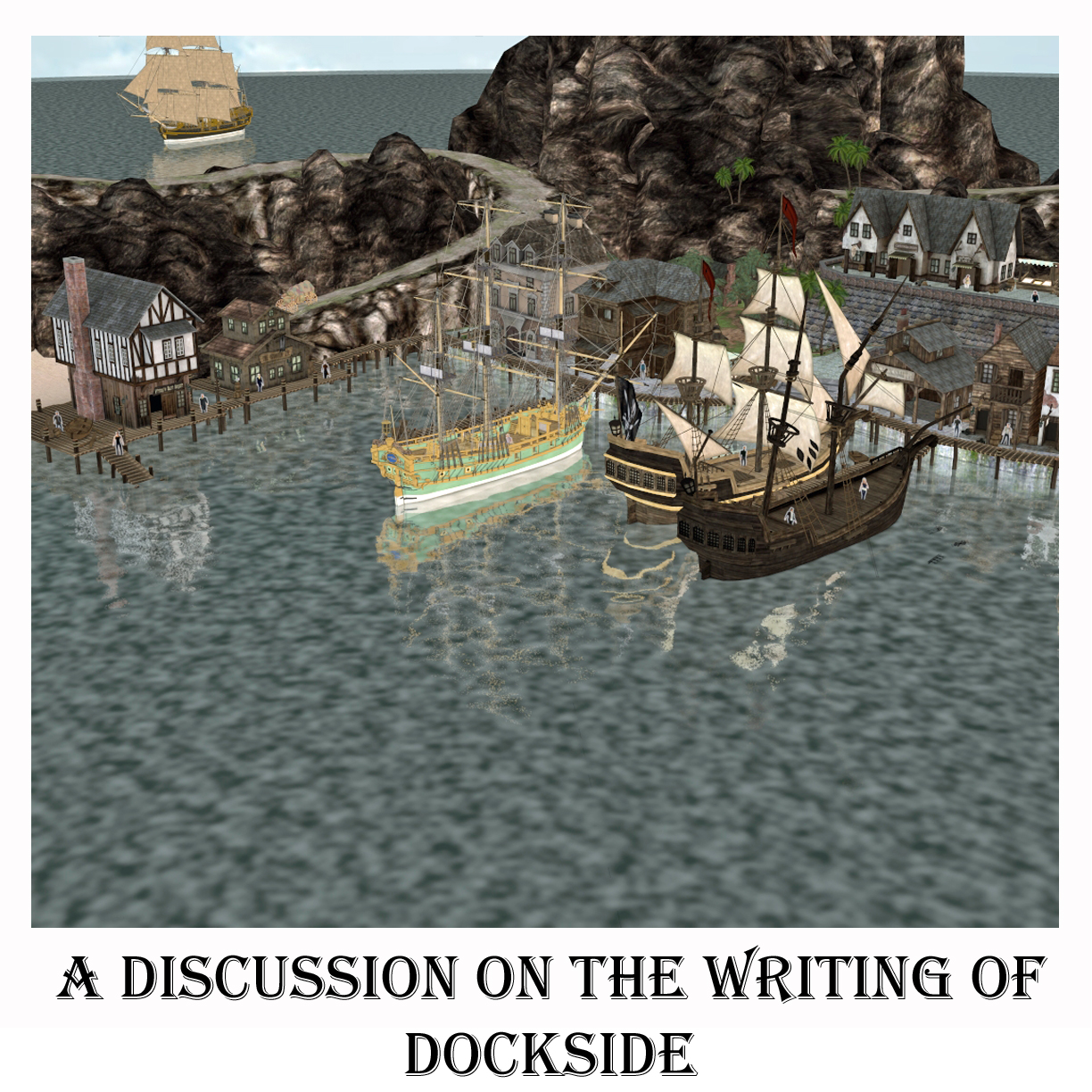 I’ll admit to a huge amount of pride in the stories I’ve written. Unfortunately very few of you have read my stories. That’s not your fault. I already know what I write doesn’t appeal to everyone. Before you protest, let me explain that the way my stories are published gives me the ability to see when someone is reading my story. I can’t tell that it’s you but I certainly know when someone reads one of my stories.

I certainly want more people reading my stories and with today’s post I’m releasing another story. Rather than tell you how good the story is or tease you with comments about pirates, secret codes, lethal bookkeepers and cargo insurance, I’m going to intrigue you by telling you how much work went into this story.

The tale of this story actually starts before I wrote a single word on it. I have a friend, Dave Holton, who reads all my stories. Partly because he is an avid reader of the type of fiction I write and partly because I asked him to.

Dave is an engineer and very good at spotting inconsistencies in my stories. He’s also not shy about telling me what he doesn’t like. His number one comment was that my stories seemed rushed. The nice thing about a friend like Dave is that he’s not worried about hurting my feelings or damaging our friendship. He tells me what he sees and lets me decide how I react.

I reviewed what I had written to date and had to agree with his assessment. My next story needed to take a more indirect to the conclusion. Too bad I still had no idea what I was going to write.

While I was trying to develop the framework for a story involving secret codes and getting nowhere, my wife told me about a show she had enjoyed on insurance in the early days. I decided that was a framework worth building and started writing the story.

As the chapters are written, I send them to my Mother-in-law. I already know she will like it, I sometimes wonder if she would say the same about a section of the phone book purported to be written by me but that’s not the point. She’s very good at pointing out details that seem confusing (usually because I left a description out). Unfortunately she gets the story a few chapters at a time as if it were a serial but her comments allow me to modify the endings so as to, hopefully, inspire your progression from chapter to chapter.

Somewhere around this time my wife will read the story. In the case of Dockside, I got a begrudging, “I like it but you’re no Bernard Cornwall.” High praise coming from my wife.

At this point I have a coherent story. The next step is the one I fear the most. I send it to my Mother. My Mother has been the editor for several of the local papers, published several stories and shows me no mercy. She won’t give me an opinion on the content but she will mercilessly mark up all my spelling, word choices and punctuation errors I don’t always agree with her comments but I take the time to review each and every suggested change. More often than not she’s correct.

You’re right, with my Mother, Mother-in-law and wife helping me, Mother’s Day takes on a very special significance for me. Especially since not one of them cares for the genre I write.

Now I have a coherent story with most of the errors removed. This is important because people tend to get hung up on minor mistakes and won’t see the story if too many other mistakes exist. This is when I send my story to Dave and several other people willing to tell me in detail why my story is a steaming pile of horse manure.

At this point I’ve become emotionally attached to my story so I put it aside for six months. After six months I can look at all the comments and realize how valid they are. The rewrite takes a couple of weeks after which I use a text to speech program to listen to the story. Listening to the story allows me to catch missing words, awkward phrases, repeated words, and poor word choices.

Finally, almost seven months after the initial draft, I publish the story on my blog.

On average, eight to ten people have read and contributed to a story before I publish it. Each one of those people thought enough of the story to contribute their time and talent toward making it a better story for your reading pleasure.

I’m still no Bernard Cornwall but with ten people helping me, sooner or later I will write something worth your time. Why not start with Dockside? 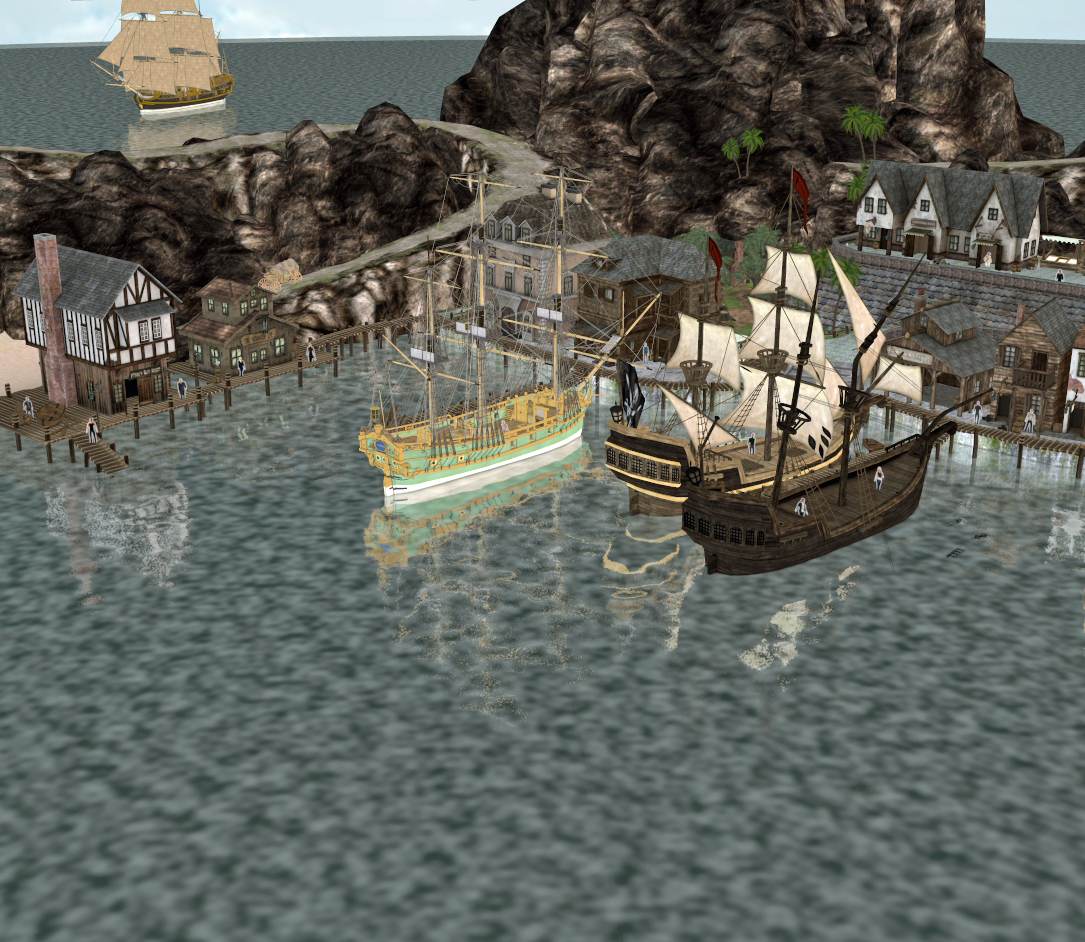 One Year In The Making, A Blogging Quest
Happy Mother's Day
Emotional Content as a Communication Protocol
Where I Admit I Made A Mistake About Congress