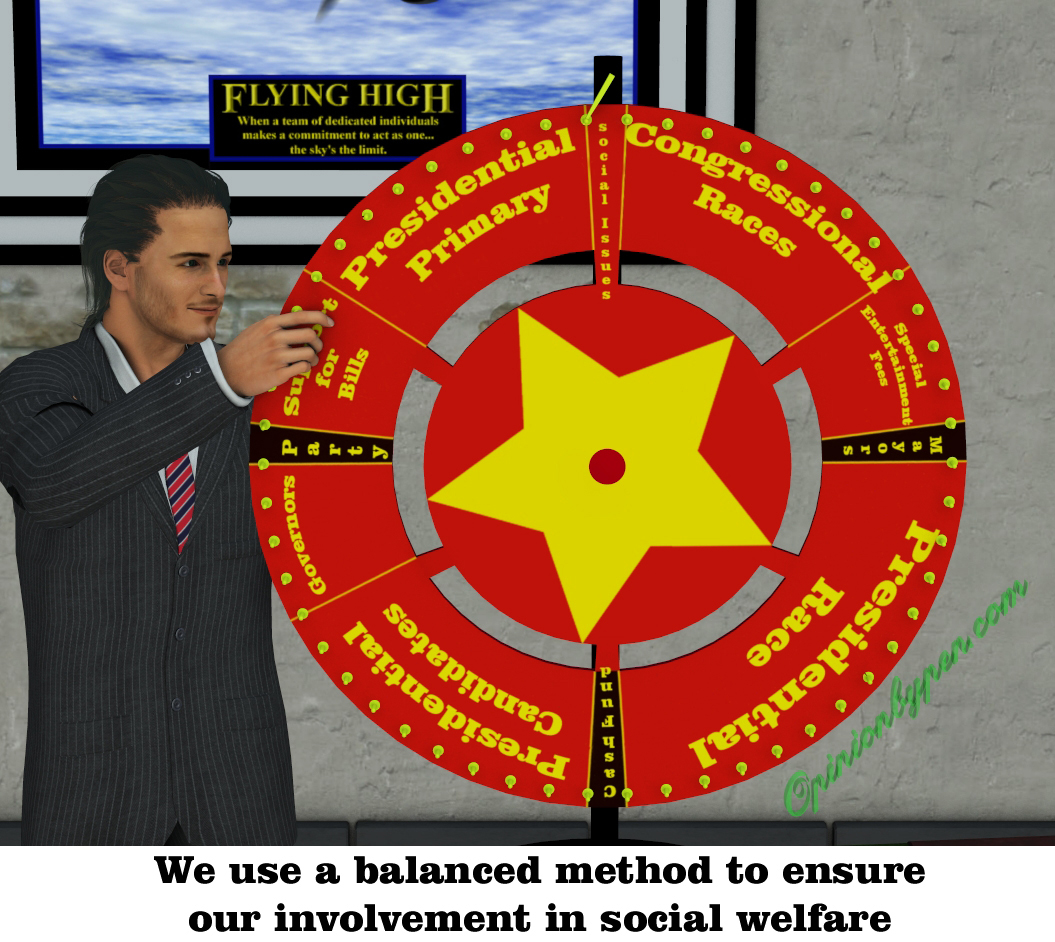 It was with surprise and horror that I, along with 20 million other Americans, first learned that the IRS was targeting specific groups for their in-depth investigations into tax exempt status. How did they possibly believe such a travesty would go undetected?

I’ve only got one question, why is the IRS granting tax exempt status to a political organization? The IRS says that to qualify for tax exempt status the group must be “primarily engaged in the promotion of social welfare.” Well yes, I can see how that could apply to almost any political organization. The goal of all these groups is to elect their own members and thereby improve social welfare by imposing their views on us.

It’s absolutely clear to me why they think they deserve tax exempt status. The only other group I can think of that’s allowed to collect money to support their views are the churches. The similarities are striking. Watching the antics of these groups you could easily get the impression that they are supporting a religion. Vote for the wrong party and they assure you that you will suffer in this and the next life.

I agree with the hew and cry condemning the IRS for targeting specific groups. I don’t believe the IRS should have wasted any effort in an investigation. They should have marked the application denied and moved on. In a time when we can’t even agree on a budget, we’re granting tax exempt status to groups trying to get more incompetents elected?

There also seems to be a wide gap between the actual law and the interpretation. Section 501(c)(4) of the Internal Revenue Code defines tax-exempt social welfare groups like this: Civic leagues or organizations not organized for profit but operated exclusively for the promotion of social welfare. I don’t remember exclusively and primarily having the same meaning.

It’s obvious why they don’t apply under 501(c)(3): no substantial part of the activities of which is carrying on propaganda, or otherwise attempting, to influence legislation (except as otherwise provided in subsection (h)), and which does not participate in, or intervene in (including the publishing or distributing of statements), any political campaign on behalf of (or in opposition to) any candidate for public office.

Reading this makes me think that 501(c) was not intended to support political organizations. Let’s balance the budget first, then discuss tax exempt status.

While I was researching for this blog, I chanced across this editorial, “Now fire the 501 c 4 tax exempt status”. I have to agree. There’s no question that the IRS should not have been singling out these groups but neither should they have been  in this position.

We both know this won’t change. In the aftermath of this scandal, the IRS will probably be rubber stamping any tax exempt request that comes across their desk.

The politicians have zero incentive to change this situation. It looks far better to publicly condemn these actions and continue benefiting from a situation that was never meant to be abused in the manner it is today. It certainly gives both parties opportunity to abuse the system.

I don’t know you, I don’t know if you feel this is fair because it gives both parties an equal chance to abuse the system. I do know I’m tired of living in a system where the only solution to budget issues is sequestration. I’m tired of hearing about the government cutting back on services when Congressional pay remains the same.

Somebody needs to start paying taxes and these tax exempt political organizations certainly sound like a good start.

I already know that someone will bring up the current investigation into Apple. Guilty or not, I find it amazing that the people taking advantage of some very loosely worded laws are condemning Apple for doing the same.

Vampires, They Exist and Their Numbers Are Growing
The Martian Notifier, Another Smartwatch?
Windows 10 Versus Chromebook, What Does Intregity Have To Do With It?
A Milestone?