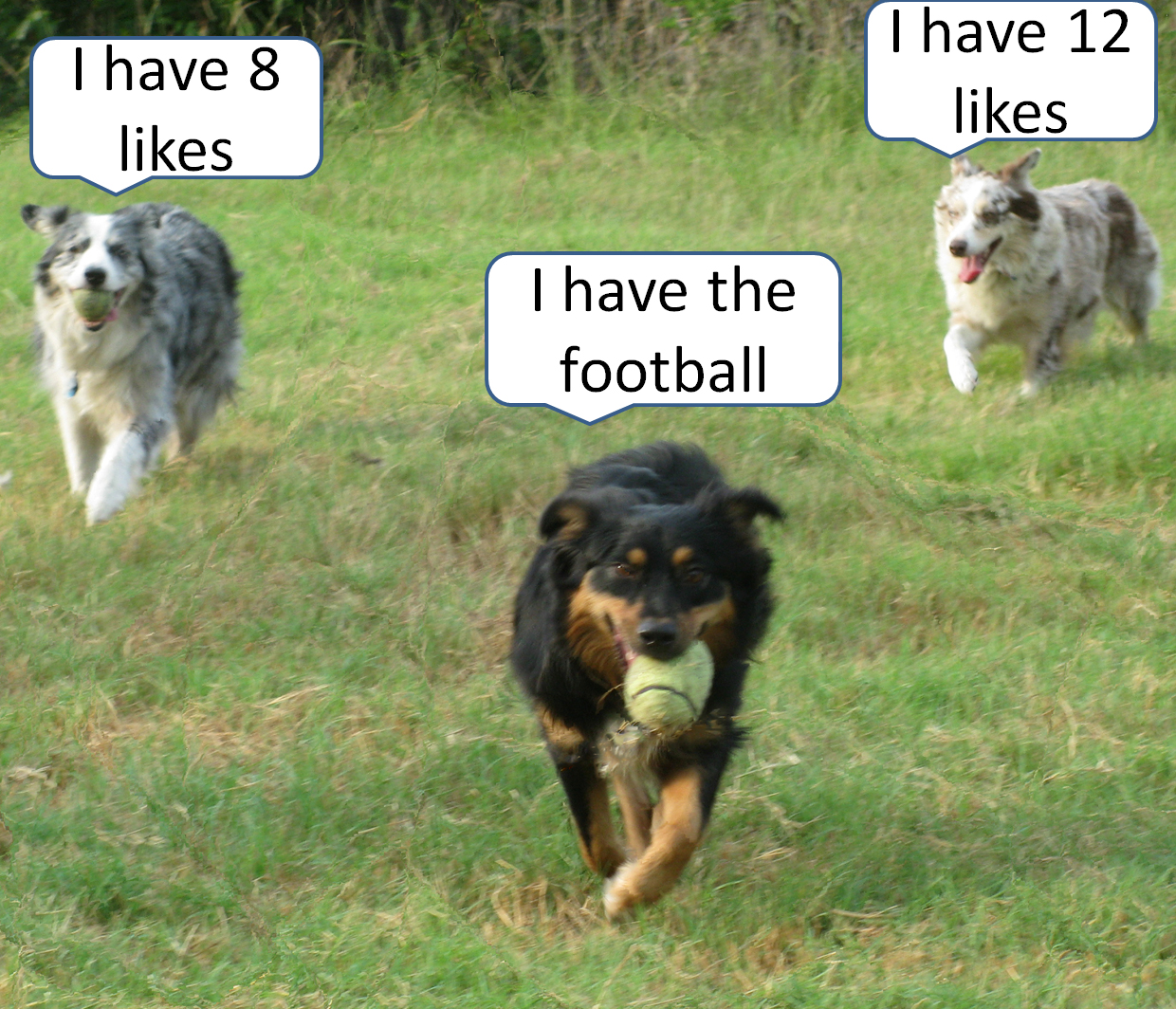 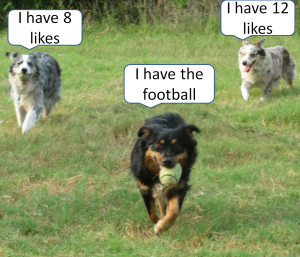 Sometimes having easy access to statistics can cause us to focus on the numbers instead of our goal. I used this picture of my dogs for this post because their personality matches illustrates the point. Shelby and Cajun are easily distracted, Sundae will always remain tightly focused on her goal, especially her football.  On the human side, I blame Facebook for the rise of the numbers game. That’s probably unfair but Facebook seems to encourage the race to see who can have the most friends. You end up friending people that you barely knew in the third grade and can’t even remember if they were male or female.

Facebook has made it both easy and entertaining for people to connect. They make it easy for you to stay in touch with family and friends.  In these days of a very mobile community this can only be regarded as a good thing. There is a dark side though, there are a number of people making connections strictly to increase their own numbers. It’s good to have a goal but when people are more concerned about the numbers than the quality of the connection there seems to be something wrong with the goal.

I mention this because I’m seeing the same numbers games being played on Twitter and LinkedIn.  Every once in a while someone starts following me on Twitter. When it’s a group, I’m almost assured that they are only trolling for numbers. They’ve looked at my profile and decided that I might be willing to follow them. They really have no interest in my blog, they only want to add me to their numbers. If I don’t respond by following them, they quickly stop following me and go off in search of someone else.

This doesn’t bother me. I understand why they do this and the people that follow you on Twitter have no effect on the people that you want to follow you. LinkedIn is a different issue. If you’ve never looked at LinkedIn, the concept is similar to Facebook but the linkages are based on job experience.

LinkedIn describes the connections as a network. Your network represents people that you have worked with or know personally.  When someone adds you to their network (with your approval), you are automatically added to their network. By association, this connection implies that you approve of this persons skills and work ethic. Here is where the numbers game affects us.

This is a case where the numbers game can really hurt you. If they are only looking for numbers you might not even know them.  If you turn their invitation down, you risk hurting your relationship at work. If you accept, you become judged by their work persona.

Half Full or Half Empty, An Engineer's Viewpoint
3D Printer In The Home, Useful Or Just A Toy?
Why Isn't There An American Micro Bit?
Sundae Explains Why Fashion Changes