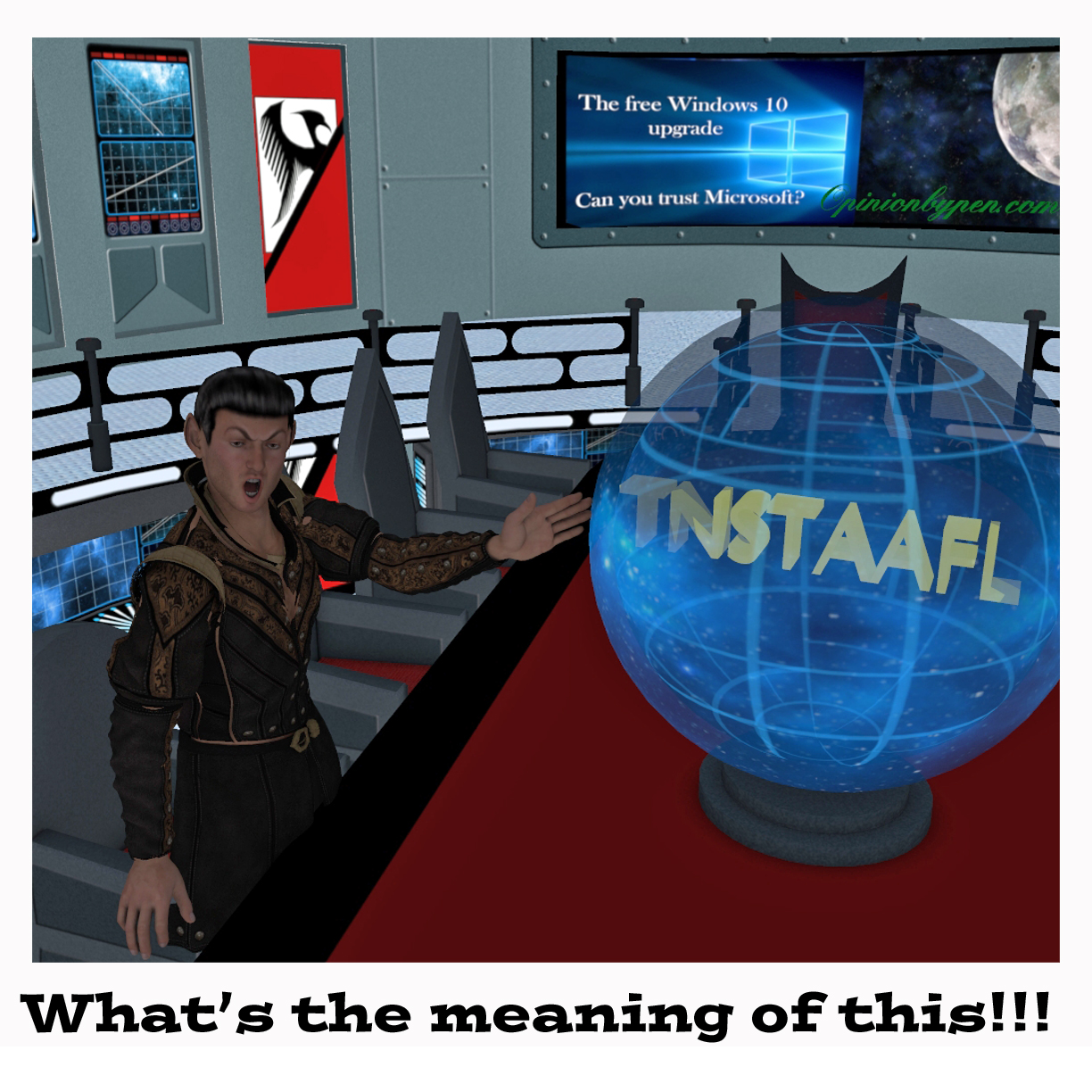 TNSTAAFL, There’s No Such Thing As A Free Lunch. Microsoft’s continuing antics to coerce me, by hook, crook or outright trickery, into accepting their free upgrade to Windows 10 brought this phrase to mind. Microsoft is hardly a nonprofit organization and I doubt that are trying to apologize to all of us for trying to foist Windows 8 on us.  They certainly did nothing for us after forcing us to suffer through Vista. I have yet to accept the corporate shackles of Microsoft and forever sell my computer into bondage by upgrading and given the twice daily advertisements I get to accept that free upgrade, TNSTAAFL seems like the perfect term to describe the upgrade. Okay, it helps that it also sounds like a curse, “TNSTAAFL, Windows 10”.

I first encountered that term in a science fiction novel by Robert Heinlein. It made sense, they were living on the moon where even the air they breathe has a price. “The Moon is a Harsh Mistress”, if you like science fiction,  you owe it to yourself to read this.

As a young engineer, I first equated it to the numbers of vendors eager to take me to lunch. Being slightly naïve at the time, I thought that the exchange was simply my time for some food and a prolonged discussion with the vendor about his product line. It wasn’t until after I turned one vendor down for lunch and encountered him in the nearby convenience store wolfing down a meal of sardines with crackers that I realized that my acceptance of his offer would have benefited both of us. That vision and Microsoft’s apparent desperation seem to have a lot in common.

Think about it. There’s nothing fundamentally wrong with Windows XP. If the security holes were still being patched, most of us would be perfectly happy using it. The fact that the Navy is paying Microsoft millions of dollars a year to keep XP patched is proof of that. They don’t want to upgrade. I’ll admit that Windows 7 is better than XP but that’s only because most people have dropped support for XP.

On the surface of it, Windows 10 seems no better or worse than my Windows 7. Then again, until I’m willing to create an account with Microsoft, most of the advanced features of Windows 10 are not available to me. As a rallying cry, “TNSTAAFL, Windows 10” makes a lot of sense to me. It’s not free, they expect to get full value from my acceptance of this Trojan horse.

Take the time to read a few of the articles on Windows 10 floating out there. Microsoft want to know everything you do, “in order to improve your experience.” How long you hover your mouse, what key words you search for, who your friends are. Yes, you can turn off some of the more obtrusive spy elements but not all of them and taking a trick from Facebook, every update from Microsoft forces you to once again turn off all the permissions. NSA could probably learn a trick or two from Microsoft.

How can I trust a company that is using every scheme I’ve ever seen to try to trick me into accepting their free gift? It took me a long time to trust the updates from Microsoft and now Microsoft is abusing their update system to serve advertising for Windows 10. Google GWX.exe and compare the tactics Microsoft is using to the tactics used by some of the more intrusive adserving programs. There’s not that much difference between the two. Especially when both of them claim it’s to improve my experience.

If you have upgraded to Windows, you may have noticed how hard Microsoft is trying to force you to use Bing and their latest browser Edge. Want to know how well they’re doing? While I consider my site anything but typical, the relative numbers are telling. Bing brings less visitors to my site than Yahoo and despite all the people that have converted to Windows 10, Edge is coming in at 1.2 percent of my visitors. 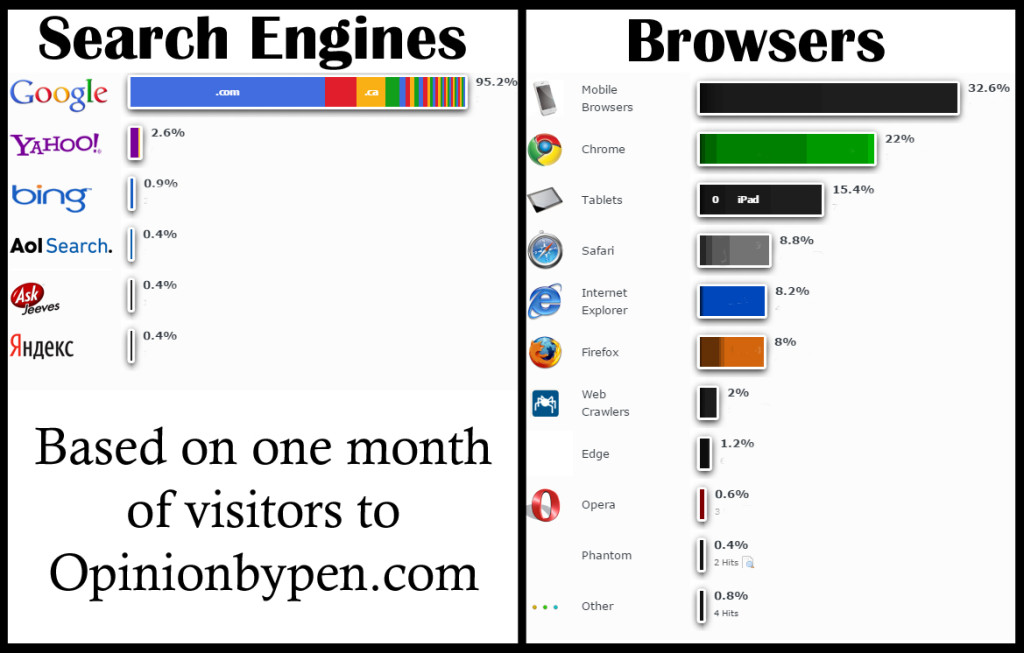 Thinking about it, it’s not too different from my experience as a young engineer. I could have agreed to go to lunch, losing an hour of my creativity for a mediocre meal and having to listen to an extended sales pitch on a product I wasn’t going to use or I could turn the salesman down, he could have sardines and I could buy my own lunch and enjoy an hour of creative thought.

If you ever start to waver on accepting that free offer, remember, “TNSTAAFL, Windows 10.”

All Natural Ingredients With Scientific Proof
A Followup to Amazon Polly and My Solar Fountain
A Study in Communication, Webhostinghub
The Forces That Influence