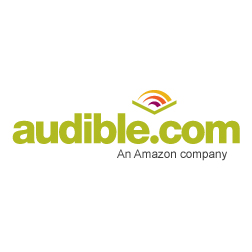 Many years ago my Mother-in-Law introduced me to Audible.com. She did this indirectly by giving me a iPod Shuffle for Christmas. At the time, I considered the Shuffle part of her tireless campaign to pull me into the Apple mystique.  I appreciated the thought but music is not a significant part of my life and knew the Shuffle would soon be relegated to obscurity. How wrong I was.

She had already anticipated me. Rather than load it with music, she introduced me to audio books and Audible.com.  Just like you are probably thinking right now, I wondered why I would want to listen to a book when I can read it much faster.

I soon realized there were a number of opportunities to listen to my books. While doing housework, while mowing my pasture, while mending fences, I used my shuffle for all of this. Having someone read to me while I was doing something mundane made the work go much faster and allowed me to catch up on a lot of books I would probably never read.

Technical books don’t come across well in this format but Science Fiction, Fantasy, Drama and almost any other type of fiction do extremely well. At that time there was a limited selection so I ended up acquiring several books I had already read. This is when I discovered  listening to a book is a completely difference experience than reading it.  Listening to a book you’re already enjoyed reading is like being visited by an old friend. The story doesn’t change and you don’t feel the desire to rush to the end.

A word of caution though, just like a poor actor can ruin a movie, a poor narrator can ruin a good book and the quality of narrators varies widely. Audible.com usually gives you a short clip from the book to listen to. I strongly advise you to take advantage of this. On the other hand, a really good narrator or group of narrators can provide totally new dimensions to the book.

Since that Christmas, Apple has released a number of iPod variants. I’ve gone through two more generations of iPod, another from my Mother-in-Law and the last from my wife. I’ve also become a member of Audible.com.

I liked my audio books but there were some issues that kept me from fully enjoying my iPods. If the battery went dead, it lost my place in the book. To get back to my place I could only advance by chapter. In the case of really long chapters it might take 20 minutes to get back to where I was. Then there was iTunes. Despite my Mother-in-Law telling me how easy it is, I’ve always hated iTunes. On my PC it seems unnecessarily complicated and clumsy. It was the only way to get my books into the iPod so I learned to accept it. I still think of iTunes as a gatekeeper rather than a useful tool.

Times have changed. Audible has their own version of software now. I have Audible.com apps on my iPad, on my Android phone and on my Windows 7 netbook. I can download the books directly to the device and as an added bonus they keep track of where I stop listening. I can listen to a book on my phone, switch over to my iPad and not miss a word. I hate to admit it but I have no idea where my iPods are now.

If I have trouble sleeping I play something familiar and I’m usually asleep in less than 20 minutes. Audible.com has me covered there too. I can set the timer and the narration stops automatically. Unfortunately it doesn’t capture where I was when I fell asleep, only where the timer stopped. Maybe next version.

What kind of books do I listen to? I’ve scattered a few though out this post but I’ll add a few more of my favorites.

I won’t even pretend that these titles would appeal to everyone but I do believe that Audible.com has something for everybody. Check it out.

The Pleasure of Finding Things Out by Richard Feynman, Too Enjoyable?
Using 1040 Advertising As A Revenue Stream, Why Not?
Sundae Explains Why Fashion Changes
Whatever Happened To Compromise And Acceptance?